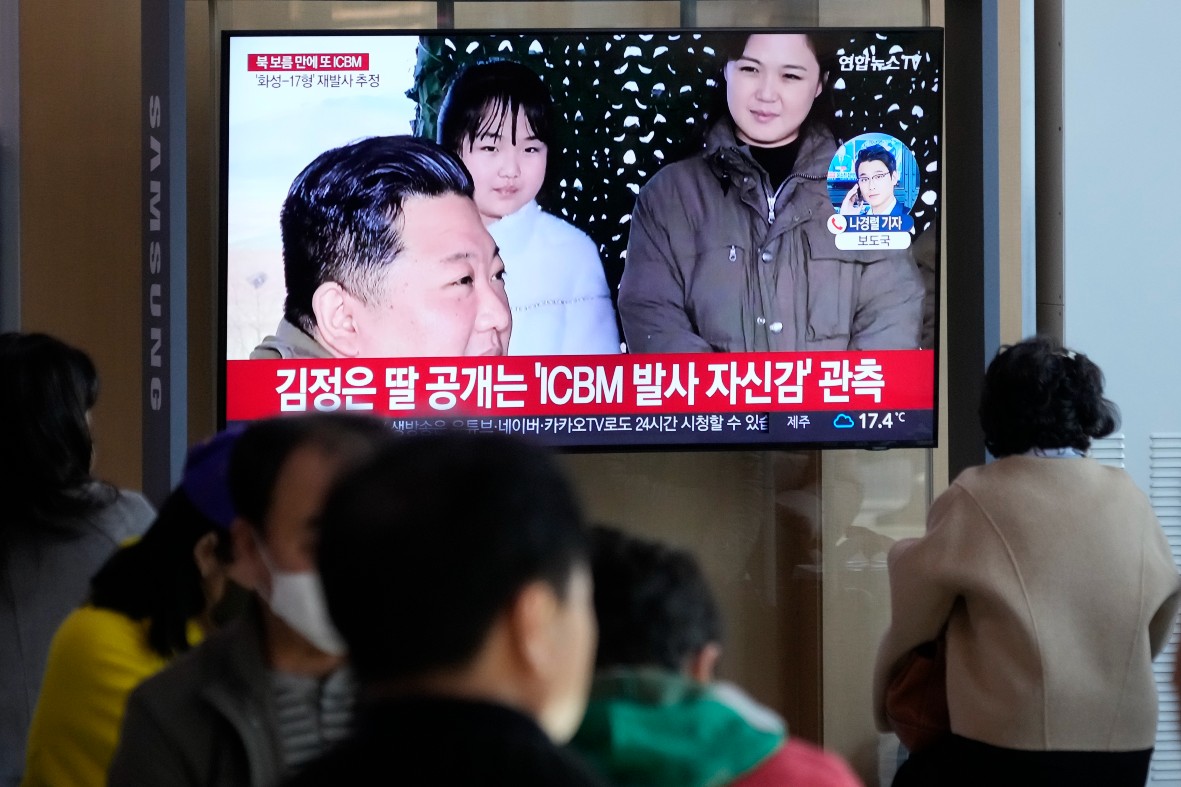 The daughter of North Korean leader Kim Jong-Un made her first public appearance on Friday during an intercontinental ballistic missile (ICBM) test.

North Korean state media reported on Saturday that Kim watched the launch with his wife, their “beloved daughter” and other officials.

The launch occurred during the Asia-Pacific Economic Cooperation summit in Thailand, where Vice President Harris was present.

A major newspaper in North Korea, Rodong Sinmun, released photos of Kim watching the test with his daughter. Pictures also showed the daughter with her hair pulled back and wearing a white coat and red shoes as she walked with the North Korean leader by a large missile.

North Korean media had not previously reported the daughter’s existence and did not mention her name or age.

Kim has not publicly announced a potential successor for whenever his rule comes to an end, and analysts said the daughter could be a possibility, especially if Kim continues to bring her to these kinds of events.

Media reports widely speculated who could take over for Kim amid a disappearance from public view in 2020 when rumors surfaced about his health. Many indicated that Kim’s younger sister, Kim Yo Jong, would become the leader if he was unable to continue.

He eventually reemerged and has continued his 10-year rule that began following the death of his father, Kim Jong Il, in 2011.

The Associated Press contributed to this report.