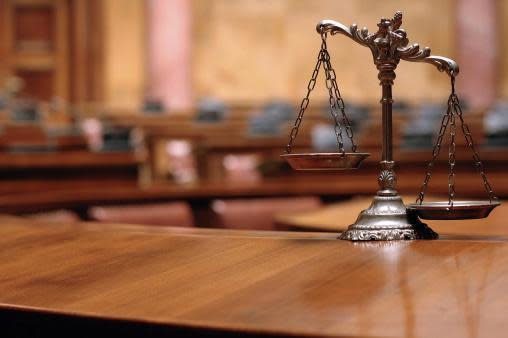 An anti-abortion activist from Upper Bucks County is facing federal charges for allegedly twice assaulting and injuring an elderly male volunteer acting as an patient escort for a Planned Parenthood clinic in Philadelphia.

Mark Houck, 48, of Kintersville, was charged by indictment with violating the Freedom of Access to Clinic Entrance Act, which makes it a federal crime to use force with intent to injure, intimidate or interfere with someone providing reproductive health care.

Houck made his initial appearance in U.S. Eastern District Court in Philadelphia on Friday. If convicted, he faces a maximum possible sentence of 11 years in prison, three years of supervised release, and up to $350,000 in fines.

The charge against Houck stems from two incidents that occurred on Oct. 13, 2021, at the Planned Parenthood Elizabeth Blackwell Health Center on Locust Street, where he allegedly assaulted a volunteer escort identified in documents by the initials B.L.

“Assault is always a serious offense, and under the FACE Act, if the victim is targeted because of their association with a reproductive health care clinic, it is a federal crime,” U.S. Attorney Jacqueline Romero said in a statement.

Online sources list Houck as the founder of a Catholic men’s organization called “The King’s Men.” He has been protesting outside the Blackwell clinic for the last 20 years, according to an article in the Philadelphia Inquirer earlier this year.

More on the abortion rights issue‘We’ve got your backs’: AG Shapiro says PA won’t cooperate with other states’ abortion bans

Ohio Republican stays in campaign amid scrutiny of service