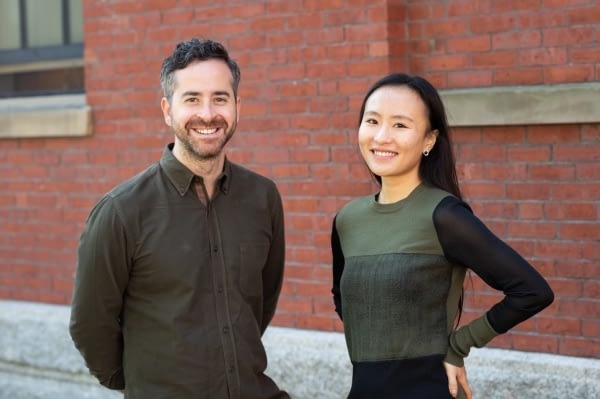 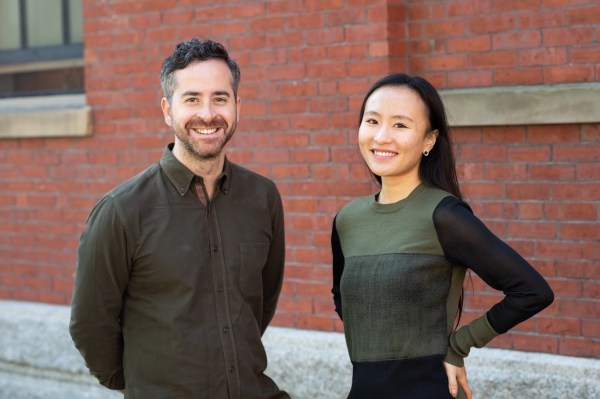 One in 20 people suffer from irritable bowel syndrome, a common disorder related to how your bowels work, that can cause a number of symptoms, including abdominal pain and difficulty using the bathroom.

A go-to remedy for gut sensitivity is to avoid certain foods, but many of the associated diets are very restrictive, said Anjie Liu, one of the co-founders of Boston-based biotechnology company Kiwi Bio, who knows firsthand the difficulties of living with IBS.

“I would have stomach pains after eating and went to the doctor, who then referred me to a specialist, which is the typical IBS journey, because no one has an idea of what is wrong with you,” Liu told TechCrunch. “Between 10% and 15% of people suffer from IBS, but only half of those people are officially diagnosed.”

This led her to pair up with David Hachuel to develop a way to make eating a painless ritual for 40 million other Americans also suffering from IBS. Kiwi’s first product, FODZYME, came out in May. FODZYME uses patent-pending enzymes to break down common digestive triggers.

Liu, who was diagnosed with IBS six years ago, said many people initially try medication, but find there is no way to manage symptoms other than cutting out half of the foods they would normally eat. The diet, known as the low-FODMAP diet, is what 80% of doctors prescribe. However, it is “extremely hard to follow, and as a result, there is low compliance,” she added.

For many, this means avoiding foods like garlic and onions. To Liu, who tried the diet for nearly three years, it meant sometimes missing out on life and the enjoyment of food. With FODZYME, people can sprinkle the powder on foods, in the case of the first product, like garlic, onions, bananas and wheat, before they are eaten.

Liu explained that they chose the powder form because it more easily integrates with the foods versus a capsule.

“We learned through clinical testing that capsules were one of the worst ways to deliver enzymes,” Liu said. “Those products almost never make it to the human gut where they interface with the actual users. That’s why ours is a powder that goes directly on food, which we found worked much better.”

Kiwi is also working on a chewable version as well as a supplement that will counteract sugar alcohols. All of the ingredients in FODZYME are recognized as safe by the U.S. Food and Drug Administration, she added.

One of the company’s advisors, Thomas Wallach, a pediatric gastroenterologist at SUNY Downstate in Brooklyn, said via email he believes Kiwi’s work is different from other companies in the digestive health space that are relying on unproven concepts and the fact that the placebo effect in IBS and intestinal discomfort is quite strong.

“There’s nothing wrong with that to be honest, as if it’s a safe product and people feel better, I’m pretty happy,” he said. “However, Kiwi is really aimed at introducing a real therapeutic agent, with potential applications in several conditions from IBS to dysmotility to short gut. It’s a novel and exciting idea, and one I’m really excited to help investigate.”

Wallach clinically specializes in disorders of abdominal pain, including irritable bowel syndrome, as well as being a translational researcher focused on intestinal epithelial homeostasis. He explained that gas makes stretching worse, and our intestinal microbiota eat FODMAPs and many bugs turn them into gas. The low-FODMAP diet aims to decrease gas, and says it has a very good success rate, particularly in people who also have hyper mobile joints or dysautonomia.

In addition to what Liu mentioned about the low-FODMAP diet being restrictive, Wallach added that the diet doesn’t introduce a lot of fiber, which could result in someone’s microbiome being altered in a negative way. Kiwi is “Lactaid for fiber,” allowing people with IBS to eat more freely with some preparation, he said.

“Ultimately, fiber is good for you, and removing it from the diet is not sustainable,” Wallach added. “Kiwi’s enzyme package pre-digests FODMAPs, ideally decreasing the amount that ends up in the colon while avoiding nutritional limitations or removal of all fiber. I was very impressed by their focus on empiric validation, with plans for both in vitro model system testing, and as it’s generally regarded as a safe substance, rapid movement into clinical trials.”

Meanwhile, it’s been a busy summer for Kiwi. Liu and Hachuel were part of Y Combinator’s summer cohort and saw Kiwi’s inventory already sell out twice this summer. A bottle of FODZYME retails for $39 and can be purchased in a 30-day or 60-day supply. The company now serves over 600 customers and is growing at 18% weekly.

The company has been busy strengthening its supply chain to gear up for scaling its product. Additionally, it hired a head of growth and a community engagement and success manager.

The new funding will enable the company to grow the FODZYME product, to develop new products in the pipeline, for example, novel enzymes to tackle unaddressed FODMAP groups and support planned clinical studies.

“We discovered during fundraising that Kiwi Bio fit neither the mold of a traditional biotech company nor that of conventional consumer products, food or CPG,” Liu said. “We had to find the right blend of investors to support us in all the dimensions we occupy, and particularly ones who are comfortable thinking at intersections.”