Klay Thompson getting in his own way, wants it 'too badly,' Steve Kerr believes 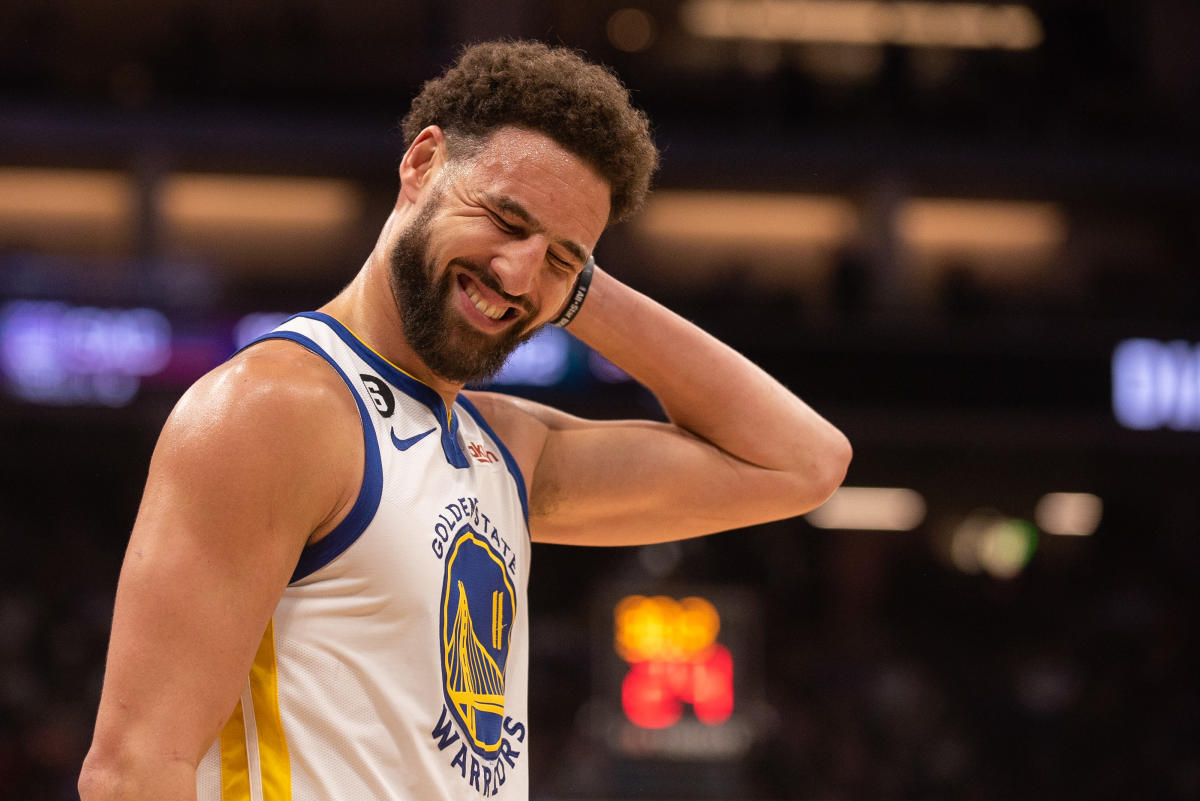 Kerr: Klay getting in his own way by ‘wanting it too badly’ originally appeared on NBC Sports Bayarea

They say you are your own worst critic, and that’s certainly been the case for Klay Thompson amid his current early-season struggles with the Warriors.

And while self-accountability is important and necessary for every professional athlete, Warriors coach Steve Kerr believes it’s been detrimental at times to Thompson’s comeback journey.

“The thing with Klay, he’s got a huge track record. He’s a Hall of Fame player,” Kerr said on 95.7 The Game’s “Damon and Ratto” on Thursday. “He’s got a lot weighing on him right now, the injuries from the last couple of years. He wants it so badly. It’s been, in my experience, when players want it too badly, it gets in their way. I just think he wants it too badly.

“He’s got to find a way to just take the weight of the world off his shoulders and just enjoy the game. And that’s my job, the staff’s job [and] his teammates’ job to help him try to do.”

Thompson is averaging 15.1 points on 35.1 percent shooting from the field and 33 percent from behind the arc — the lowest shooting percentages of his NBA career.

Of course, the Warriors are only 15 games into the season and it’s probably too early to panic, especially given what Thompson has already proven throughout his 12-year career.

“I’m very confident that Klay will be able to get out of this rut, or whatever you want to call it,” Kerr added. “But it’s a frustration that you can feel. You can see it in his eyes, he’s just frustrated. He wants everything back right away and it just doesn’t work that way.

“You just got to go out and play and relax. The ball will come back to him.”

Easier said than done, especially for a player like Thompson, whose competitive nature naturally allows him to be so hard on himself.

RELATED: Why Kerr believes he has ‘failed’ Warriors to begin season

The Warriors are 6-9 and winless on the road this season, but not to the fault of Steph Curry by any means. The reigning NBA Finals MVP is averaging 32.8 points on 53.1 percent shooting from the field and 44.7 percent from deep, along with 6.8 rebounds and 6.4 assists.

Curry’s season-high 50 points were diminished by the Warriors’ disappointing 130-119 loss to the Phoenix Suns on Wednesday night. Thompson shot 35.3 percent from the field and 33.3 percent from the 3-point line in the loss. He finished with 19 points, but Kerr said Thompson’s poor shot selection was an “issue” and ended up hurting Golden State.

Still, Kerr remains confident in his sharpshooter. And once Thompson gets things rolling, which Kerr and the Warriors know he will, it will be a scary sight for the rest of the league.

“My belief is stronger than your doubt,” Thompson wrote on his Instagram story on Sunday. “I PROMISE you it’s coming. And when it does, the floodgates will open.”