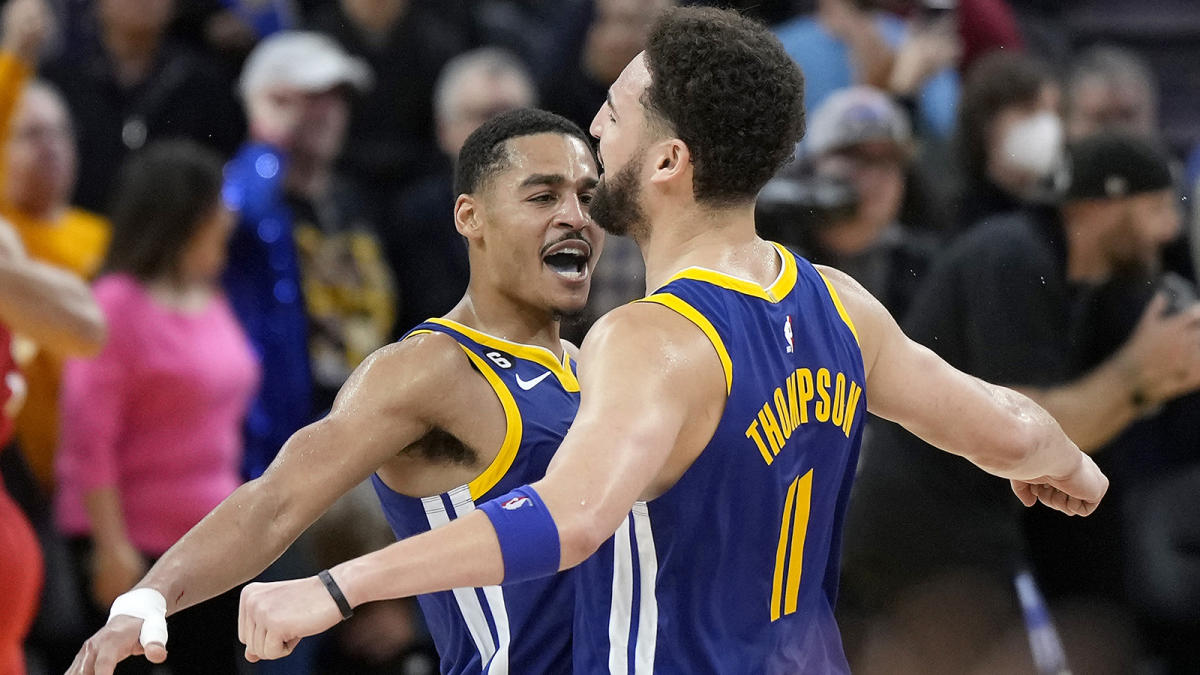 Klay Thompson and Jordan Poole both have been outstanding during the Warriors‘ season-long four-game winning streak.

Their chemistry has been on another level lately, prompting the two players to brainstorm a nickname for their sharpshooting partnership, one that combined for 12 3-pointers and 72 points in Golden State’s 118-112 comeback win over the Portland Trail Blazers on Friday night.

Poole, No. 3, and Thompson, No. 11. Those jersey numbers combine to read 311, the American rock band which gained popularity in the mid-1990s for dominating the rap rock genre with hit songs like “Down” and “All Mixed Up.”

As Golden State operates without All-Star forward Andrew Wiggins and superstar Steph Curry, much of the scoring burden has fallen on the shoulders of the “311” duo. It’s been working lately. Poole is averaging 30.8 points and Thompson is posting 28.0 points in 38.3 minutes over the Warriors’ last four games.

“I think we kind of built that chemistry last year, so it’s paying dividends this year,” Thompson said. “JP is such an amazing shot maker as well as playmaker. It’s easy to play off him when he puts so much pressure on the defense. I think we have a good synergy between us.

“I hope we can keep this going even when we get to full strength. We’ll be in that second unit a lot together.”

The Warriors have a chance to properly celebrate the new Poole-Thompson nickname when they play Giannis Antetokounmpo and the Milwaukee Bucks on the band’s annual “311 Day” on March 11.

Is it too early to pencil in Poole and Thompson for a big night on what is now their unofficial holiday?

Rangers relegate No. 1 pick Alexis Lafrenière to the press box

While congressional Republicans start zeroing in on the Biden administration, the president prepares to meet the nation’s mayors on an issue...

This is the terrifying moment a 30-seater school bus with children inside burst into flames in London.  Firefighters rushed to...

Indianapolis killings in 2023: Tracking every homicide

After three years of seeing more than 200 homicides annually, IndyStar is continuing to track each killing to better understand...