Lawmakers fret over another holiday punt on government funding 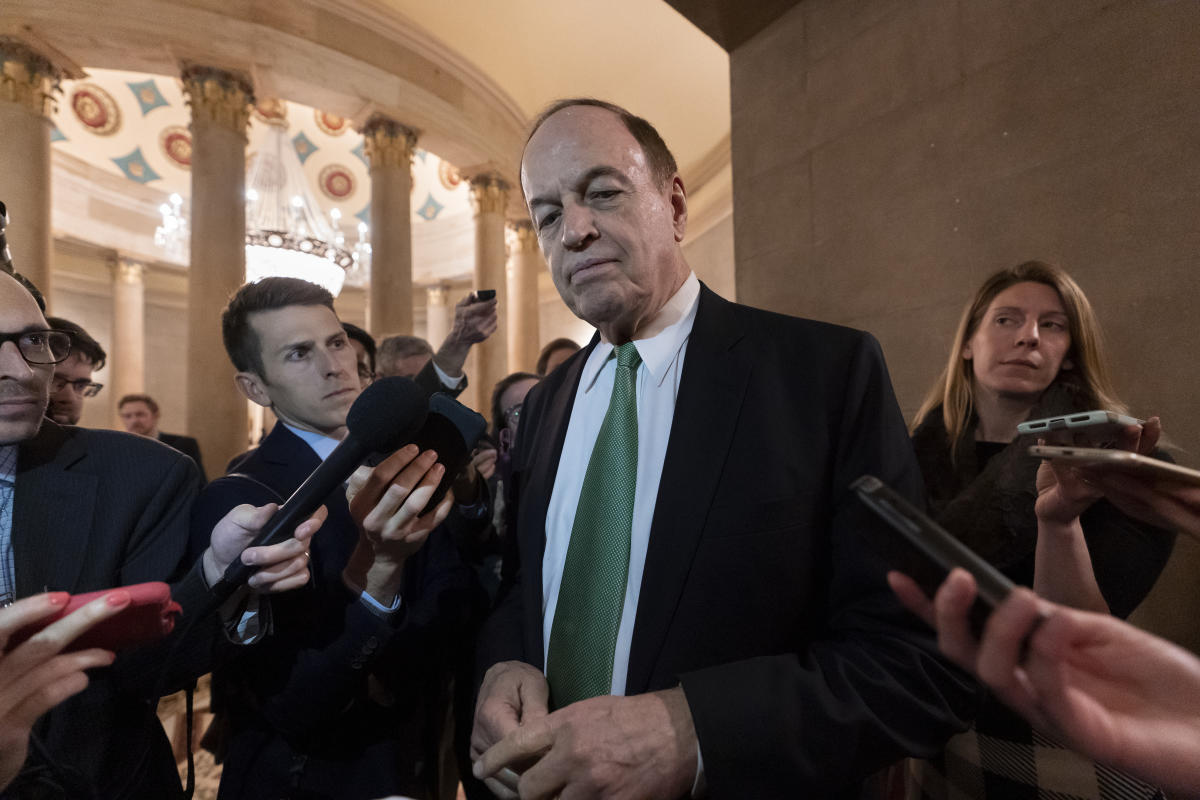 Congress is in a familiar mode this holiday season: increasing worry about missing a government funding deadline.

With the Dec. 16 deadline rapidly approaching, leading lawmakers haven’t even made the critical first step to agree on overall spending levels — raising the chances of a stopgap patch needed to avoid a shutdown just before the holidays.

Democrats’ unexpectedly strong midterm performance, a Senate runoff in Georgia on Dec. 6, contentious GOP leadership elections and shifting dynamics for both parties have all delayed progress toward cementing even the beginnings of a broader funding deal for the current fiscal year.

Republican Rep. Mike Simpson of Idaho, a top appropriator, laughed when asked about meeting the mid-December deadline: “I just don’t think that’s going to happen,” he said. “There’s just too much confusion going on.”

The muddle carries serious stakes for a multitude of government programs, not to mention the future of congressional spending debates. Lawmakers fear that any funding bill they can agree on before 2023 might be the last one Congress passes for at least the next two years due to a slew of factors, including a slim incoming House majority that’s already splintered over federal spending and a presidential election that looms in 2024.

In lieu of annual appropriations bills, Congress could pass continuing resolutions that allow federal agencies to operate on stagnant funding levels, often hamstringing programs and priorities in the process. How long such a funding patch would last is still unclear — possibly punting the problem closer to the holidays or the last week of December — though lawmakers are determined to pass a revamped spending deal before the next Congress.

“I think people want to try to move forward,” she said. “That’s the impression that I have, to get the toplines done.”

DeLauro’s GOP counterpart, Republican Rep. Kay Granger of Texas, said negotiations “are starting to get together.”

“We haven’t come to conclusions but we are talking,” Granger said. On meeting the Dec. 16 deadline, she said: “Yes, we’ll do it.”

Retiring Senate Appropriations Chair Patrick Leahy (D-Vt.) also indicated last week that congressional spending leaders are making progress toward an agreement on overarching funding levels for defense and nondefense programs, from which a deal on a dozen appropriations bills would flow. But he conceded that the Senate runoff in Georgia could delay talks, after negotiators had already postponed talks due to the midterm elections.

“I wish it wouldn’t. It’s possible. But the sooner we do it the better,” Leahy said.

When asked if he’s making holiday plans in case the work drags on, Cole said, “Nope. Washington is beautiful when it snows.”

Congressional spending leaders have been hoping to nail down a fiscal 2023 funding accord before January, when the GOP regains a slim majority in the House and a whole new session of Congress begins — with a host of brand new members unfamiliar with the appropriations process.

Even Republicans admit that passing annual spending bills will be much harder in 2023 with such a narrow House majority, arguing that it makes more sense to wipe the slate clean before the start of the 119th Congress.

“As fractured as we are on a lot of other issues, there’s probably no better indicator of the fractures in our caucus than those on federal spending,” said Rep. Steve Womack of Arkansas, the top Republican on the Financial Services spending subcommittee. He noted that his colleagues are split over various parts of the appropriations process, including whether to keep earmarks, slash federal spending or crack down on the IRS.

“I’m loath to tell you this but I wouldn’t expect any clarity on [government funding] until the very week that we begin to lapse in appropriations, because that has become the new normal in Congress and that is regrettable,” Womack said. “We are unaware of any serious negotiations going on at all.”

Leahy and Shelby, two long-time dealmaking partners and appropriating powerhouses, are both retiring at the end of the year, ramping up the pressure for one last bipartisan deal. But even if appropriators hammer out an agreement in such a short time, there are complicated questions over what will get attached to the $1.5 trillion-plus government funding package, since it will likely represent one of lawmakers’ last chances this term to get priorities onto a must-pass package.

The Biden administration has already asked for nearly $38 billion in additional Ukraine aid and $10 billion in emergency health funding, of which $9 billion would go to address current and long-term Covid needs. The White House plans to ask for additional disaster relief to address hurricanes and wildfires this year, as well.

Republicans aren’t likely to support the administration’s call for more Covid-19 funding, rejecting a $22 billion request from the White House earlier this year. And a number of conservatives have argued that the U.S. needs to shut off the spigot of military assistance to Ukraine, calling for further evaluations into the cash Congress has already sent.

Congress has so far provided about $66 billion for Ukraine and other war-related needs. The administration argues that about three-quarters of that funding has either been spent or is committed to specific purposes.

Many lawmakers worry that passing the massive package could prove impossible next year. Rep. David Price of North Carolina, the retiring top Democrat on the Transportation-HUD spending subpanel, said it all needs to come together soon because appropriating next year “will be very, very hard.”

“I think appropriations needs to function with at least minimal bipartisanship,” he said. “It’s all the more reason to get fiscal 2023 enacted.”