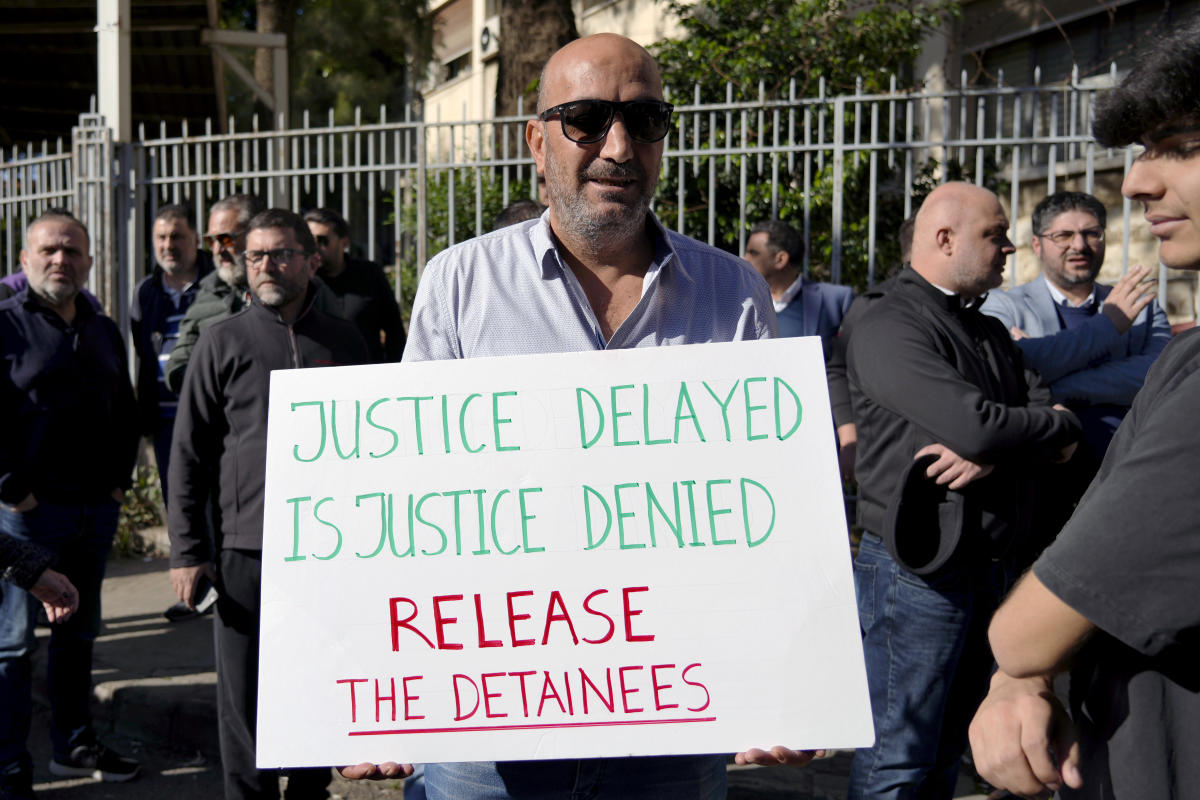 BEIRUT (AP) — Lebanon’s chief prosecutor on Tuesday defied the judge leading the investigation into Beirut’s massive 2020 port blast, claiming he can not proceed with the probe until the country’s judicial authorities rule on the matter.

The move by the prosecutor, Ghassan Oweidat, appeared to mark a new chapter in the long-stalled investigation. The probe has threatened to rattle Lebanon’s ruling elite, rife with corruption and mismanagement, that has helped push the country into an unprecedented economic meltdown over the past few years.

The statement by Oweidat came after Judge Tarek Bitar on Monday resumed the investigation, following a 13-month halt over legal challenges raised by politicians accused in the probe — including the chief prosecutor.

Lebanon’s highest court, the Court of Cassation, has not ruled on those challenges, which likely prompted Bitar to resumed working on the case Monday.

On Aug. 4, 2020, hundreds of tons of highly explosive ammonium nitrate, a material used in fertilizers, detonated at Beirut Port, killing 218 people, injuring over 6,000 and damaging large parts of the Lebanese capital.

The gigantic explosion tore through streets and buildings, and within a few tragic seconds, more than a quarter of a million residents of Beirut were left with homes unfit to live in. Afterward, port, customs and legal documents revealed that the chemicals had been stored improperly for years at a port warehouse — and that senior politicians and officials knew about it.

Bitar’s investigation had been blocked since December 2021 by Lebanon’s political circles. Some politicians have challenged the judge in court, accusing him of violating the constitution or of showing bias. There were also reports of threats leveled against the judge and the government vowed in late 2021 to increase his security.

On Monday, Bitar ordered the release of five of 17 detainees in the case, and charged eight officials, among them top intelligence officials Maj. Gen. Abbas Ibrahim and Maj. Gen. Tony Saliba, as well as Oweidat.

Claims surfaced Tuesday that Oweidat will press charges against Bitar, but he told The Associated Press that this is “as of now, incorrect.”

The judge also summoned at least 14 politicians and judicial, security, and customs officials for questioning throughout February. Senior officials have repeatedly refused to show up for questioning since the start of the probe.

Bitar has also been challenged by some family members of blast victims, including Ibrahim Hoteit who lost his younger brother in the blast and who claims the judge has become an obstacle to finding out the truth in the case.

The leader of Lebanon’s Iran-backed militant Hezbollah group, Hassan Nasrallah, has also criticized Bitar’s investigation as “big mistake” and demanded his removal. Nasrallah, like others, has not offered any evidence to the claims.

Bitar is the second judge to take the case, following the removal in Feb. 2021 of Judge Fadi Sawwan over complaints of bias by two Cabinet ministers, and if he is also removed, it could be the final blow to the investigation.

Four people have been arrested in connection with the rape and death of a student Louisiana State University student – who...

CONCORD, Calif. (AP) — As the fine-dining chef at her high school served samples of his newest recipes, Anahi Nava...

Washington — During his second week in office, President Biden gave officials nine months to issue regulations that could make...