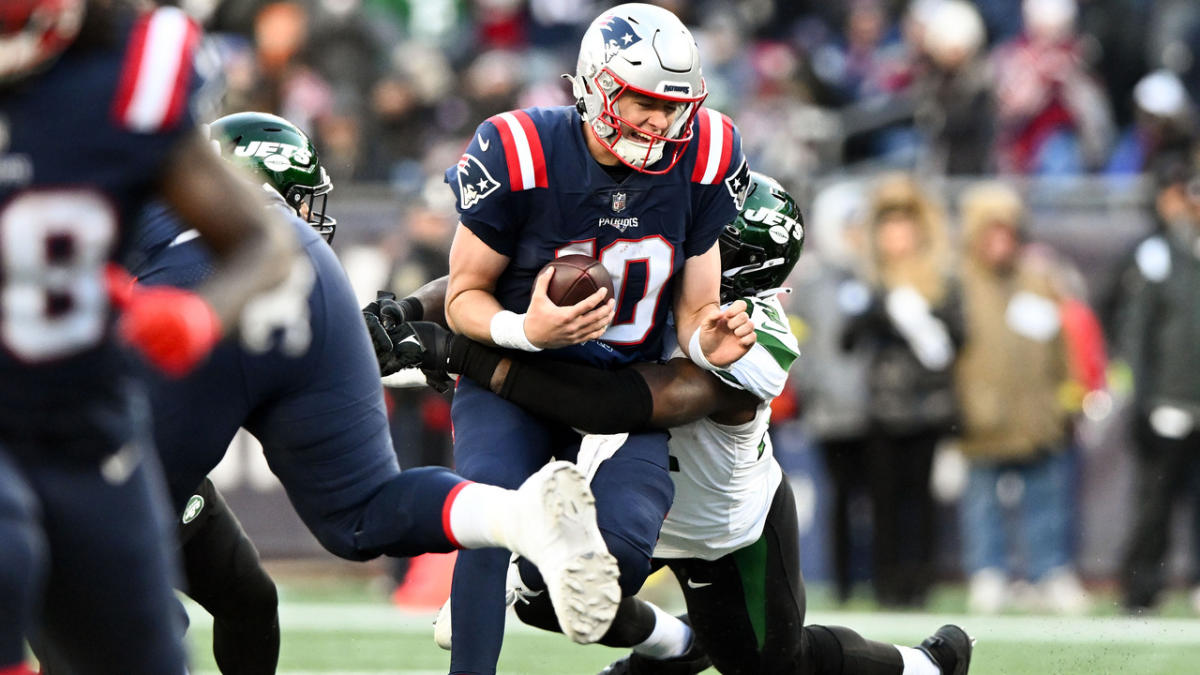 There are many ways to quantify the New England Patriots‘ recent offensive struggles. They’ve scored just two offensive touchdowns in their last three games and have been under 300 yards in all three of those contests. They rank 25th in the NFL in yards per game and are 31st in red zone touchdown percentage.

But perhaps the most glaring sign that an offense isn’t working right is when it’s moving in the wrong direction. And the Patriots have been doing that a lot over the past month.

“It’s all about positive plays and just moving the ball forward. We’re going backwards too much,” Jones said.

How much is too much? According to ESPN’s Mike Reiss, New England has had 34 negative plays (plays that lose yardage) in its last three contests. That’s out of a total of 196 plays, which means that nearly one of every five Patriots plays (17.3 percent) over the past three weeks has lost yards.

That’s an appalling number, and a poor reflection on New England’s offensive line. Jones was sacked six times Sunday by the New York Jets and has been dropped for a loss 12 times over the past three games. The Patriots haven’t gained any traction on the ground, either, averaging 3.8 yards, 2.5 yards and 3.7 yards per rush, respectively, over their past three contests.

New England actually moved the ball well at times Sunday against New York, with Jones completing 23 of 27 passes during one of his most efficient passing days as a Patriot. But penalties and negative plays hamstrung the offense — particularly in the second quarter, when a 10-yard penalty and a 9-yard sack turned a third-and-2 from the Jets’ 7-yard line into a missed Nick Folk field goal.

Jones added that the Patriots need to ratchet up their offensive intensity when they get inside the red zone.

“Right now, I think that’s our biggest area where we need to flip the switch and make something good happen,” he said.

The Patriots have an elite defense which carried them to wins in all three of the games mentioned above. But their quality of competition increases significantly going forward, starting with a Thanksgiving night matchup against the 8-2 Minnesota Vikings.

If New England wants to pull off the upset, it can’t have the offense moving in the wrong direction.

Where the Guardians go from here at catcher: Prospects, trade opportunities, possible re-signings