The 'hard-up' Labour council that blew £100,000 changing the name of Black Boy Lane 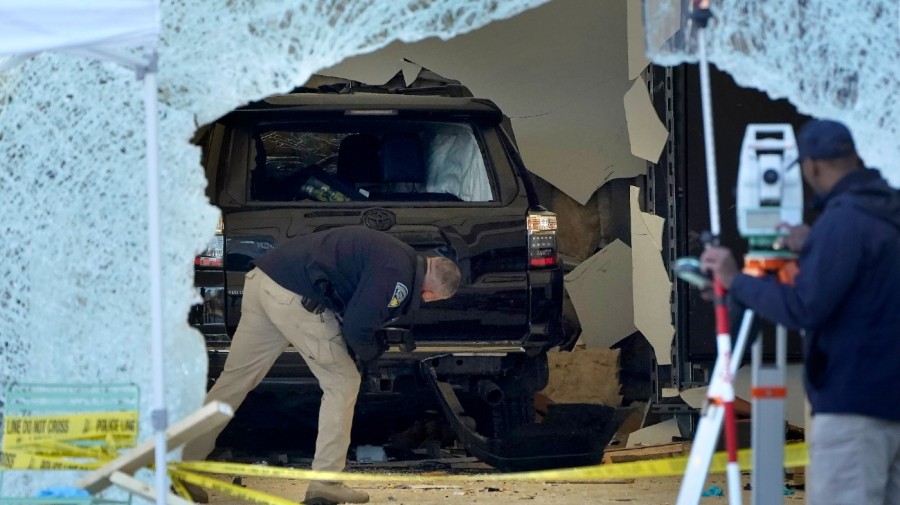 Massachusetts police charged a man with reckless homicide by motor vehicle after he allegedly crashed into an Apple store in the town of Hingham on Monday, killing one person and injuring at least 16 others.

Rein was arrested Monday night and will be arraigned on Tuesday at Hingham District Court.

Hingham is a town about an hour outside of Boston.

Police responded to the Derby Street Shops, a major shopping center, around 10:45 a.m. on Monday.

A Toyota 4Runner had plowed into the front glass of the Apple store, killing Kevin Bradley, 65, of New Jersey, according to an update from the Plymouth County district attorney’s office.

Sixteen other male and female victims were transported to hospitals with varying levels of injuries.

Police did not say Monday if the crash was accidental.

It took a seven years to get Jason Meyers seated in a courtroom before a jury — but less than...

The ‘hard-up’ Labour council that blew £100,000 changing the name of Black Boy Lane

As far as the councillors of the London Borough of Haringey are concerned, they are simply erasing a shameful blot...

Even before footage of police interaction that led to the death of Tyre Nichols was released Friday night, at least...

A.J. Foyt Racing's flagship car is the No. 14 and it announced earlier in the week its second car would...