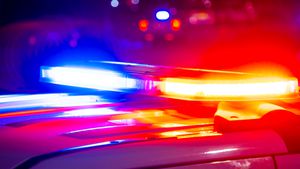 Deputies responded to Petunia Terrace in Vista Haven Apartments just before 8:15 p.m. after reports of gunshots.

When deputies arrived at the scene, they found several shell casings and blood in a breezeway, as well as blood on a locked apartment door.

Deputies forced their way inside and found a man dead inside, later identified as 33-year-old Phillip Michael McCrimmon Martin, of Orlando.

READ: Deputies searching for missing 5-year-old who wandered away from Orange County home

No suspect information was immediately available.

Details: Bank of Korea lowers economic growth forecast for 2023 to 1.7%

A structure fire call has just been sounded at an east Modesto home where law enforcement and other responders have...