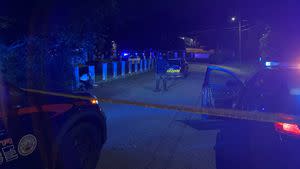 A man is dead after a shooting police say happened outside of an apartment complex in southwest Atlanta.

Officers say they were called to the Manor III Apartments on Arthur Langford Jr. Place just after 8 p.m.

Investigators say when they arrived to the complex, they found a man believed to be between 35 and 40 years old who had been shot several times.

The man, whose identity has not been released, died at the apartment complex.

Police say they believe that the victim was targeted as he sat in his car before eventually getting out of the car. The shooting happened near the entrance to the complex.

Police are still working to identify possible suspects and have not released details on possible motives.

Weary and wary, Kenyans gear up for national elections