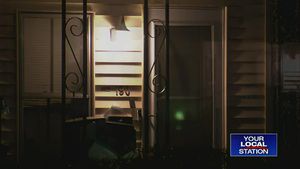 A man and woman are slated to be arraigned Monday on kidnapping charges in connection with the death of a man whose body was found in their Lowell home.

Michael Burke, 38, and Samantha Perry, 38, both of Lowell, were arrested after police entered their Coburn Street residence on Friday and found a 37-year-old Lowell man dead inside, according to the Middlesex District Attorney’s Office.

Lowell police were following up on a well-being check when the body was discovered. Evidence at the scene led investigators to conclude that the man had been restrained in their home at some point, the DA’s office said.

The DA’s office noted that man’s death is considered suspicious based on the location and condition of his body.

Grace Normandie, who lives nearby, told Boston 25 News that she is not shocked by the disturbing event. According to Normandie, it’s just another day in a city she is trying to escape.

“I don’t feel shocked, it is nerve-wracking, but I feel like it has always been around me,” said Normandie. “It’s constant devastation in Lowell. I feel like all the time like it is not a place to live or to be raising your kids like as soon as I can get out of Lowell that is always going to be my mission.”

Burke and Perry will face a judge in Lowell District Court.

State police detectives assigned to the DA’s office are assisting Lowell police with an investigation.

A woman who lives a few doors down from Coburn St. home where man’s body was found says she isn’t surprised by kidnapping charges against her neighbors. Investigators say there’s evidence he was held against his will@boston25 pic.twitter.com/lvVPxNh2FV

US company gets $120 million boost to make ‘green steel’