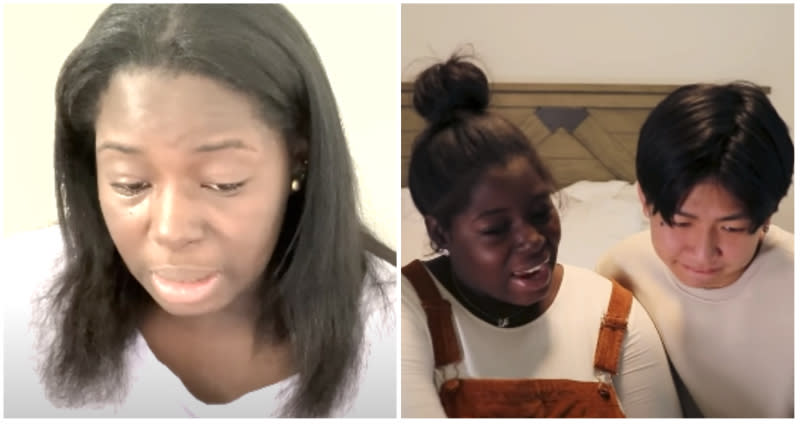 The marriage of YouTube duo “Jin and Juice,” who rose to fame by sharing videos of their real-life marriage as an interracial couple, has come to a very public and explosive end with each side alleging physical abuse.

Juice, whose real name is Cerose, initially posted a video on April 26 detailing that the couple had not posted much in recent weeks because Jin, also known as Gohan, was going through a “rough” time and had returned to Korea to take a break and spend more time with his friends and family.

To their nearly 1 million subscribers, she said cheerfully that it would be just her on their channel for a while and asked fans to comment with encouraging words because Gohan’s love language is words of affirmation.

The couple share two children named Cevonne and Cephyr and had started the channel roughly two years ago after meeting in South Korea. Gohan has not only his family members’ names tattooed on his neck but also a large forearm tattoo of Cerose’s face.

The couple experienced success after their “My Girlfriend Freestyle Raps in Korean” video from a year ago went viral, garnering over 10 million views.

More from NextShark: Women on Weibo call out men who said they wanted to take in attractive Russia-Ukraine war refugee girls

Some of their most popular uploads have included pranks, music videos, reactions and vlogs regarding their Korean and Black American backgrounds.

In the video, Gohan explains in a mix of text and video that he had left for Korea not because he missed his family, but because he had been abused.

“I’d say I escaped because I was going through domestic abuse,” he states, adding, “shout out to Johnny Depp for giving me the courage to make this video right now.”

More from NextShark: Indonesian teen killed after attempting TikTok challenge in which users jump in front of moving trucks

He lifts his shirt and reveals what appears to be a burn mark. He says he received the second-degree burn from a hair straightener set at 450 degrees Fahrenheit by his wife.

He continues to tell his perspective of the relationship throughout the roughly 19-minute video, clarifying details he believes Cerose lied about.

On June 15, Cerose posted her own response in a video called “The End of Jin & Juice: Opening Up About Our Relationship.”

In a nearly 45-minute monologue, she begins by explaining that Gohan suffers from posttraumatic stress disorder and codependency due to the beatings he experienced from his father during childhood.

She describes how these issues manifested themselves in their relationship shortly after they married in a whirlwind romance.

“I remember multiple incidents where Gohan and I would be having disagreements and he would immediately start slapping himself,” she says in the video. “I had never witnessed anything like that before.”

Cerose states that Gohan eventually explained that it was a “coping mechanism” or “trauma response,” and that he would hit himself whenever he felt he had done something wrong, putting himself in the place of his father.

In one particular incident, after getting married, Cerose was telling Gohan something he had done that had bugged her mother.

“He had a hydroflask in his hand and started repeatedly banging it on his head,” she claims.

According to Cerose, Gohan then went on to make “homicidal threats to everyone” and “suicidal threats as well” before running up the stairs of the house.

When she attempted to approach him and ask what she did wrong, he purportedly yelled “Get the fuck out of my way” and repeatedly banged his head on the wall.

According to Cerose, police got involved and Gohan was later diagnosed with PTSD and codependency. They were purportedly told self-harm was common in child abuse victims.

She goes on to say that on January 26, 2020, after believing he would only ever hurt himself and never her, Gohan “proved me wrong.”

Cerose alleges that, in one fight, Gohan punched her. She says she justified his actions by telling herself that he was a kid who had been “kicked around too many times.”

She is sure to clarify in her video, however, that the two also share beautiful memories, including the time she found out she was pregnant and told Gohan he did not have to stick around.

“I remember him holding my hands and looking at me, and saying, ‘we’re gonna do this together,’” she recalls.

At the end of her video, Cerose shares multiple text messages between her and Gohan that apparently show him admitting to hitting her. She also includes an exchange with his boss in which she tells him Gohan has resolved his mental health issues and was ready to return to work.

In a video posted onto their own account on June 18, real-life couple Ashley and Christian, who were friends with Cerose and Gohan, describe their own relationship with the pair, emphasizing that Gohan had betrayed their friendship.

They allege that Gohan, who they blame for the couple’s separation, had lied to Cerose saying that Ashley had come onto him, along with a series of other accusations. 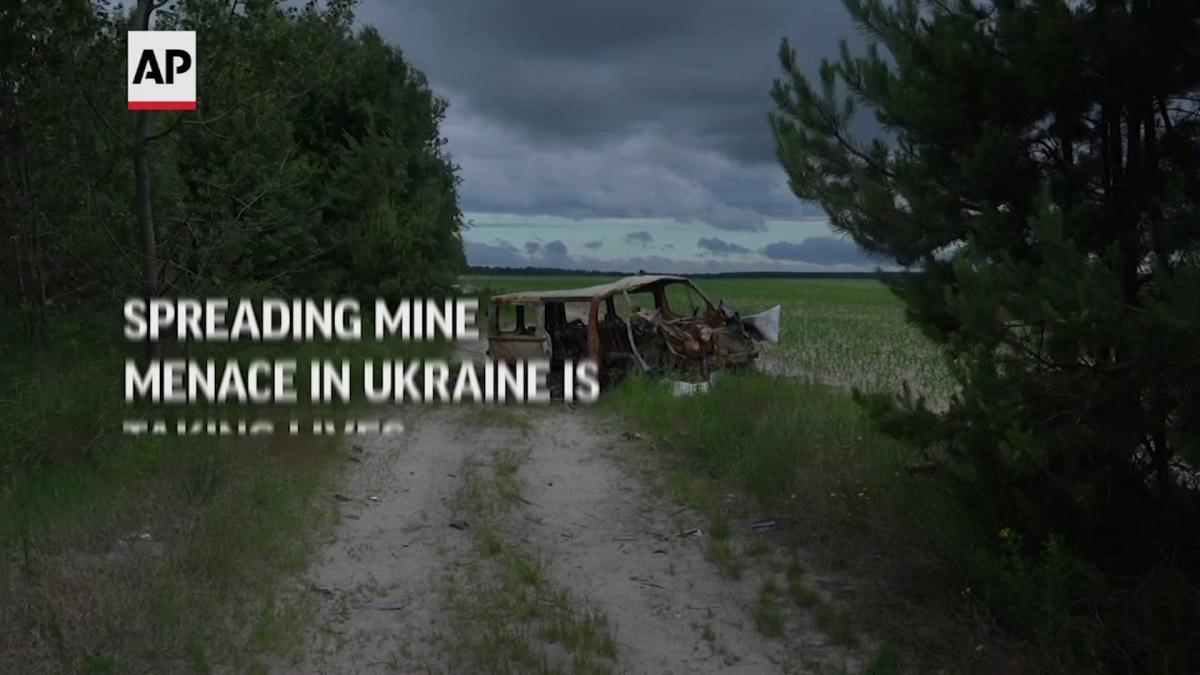 Spreading mine menace in Ukraine is taking lives