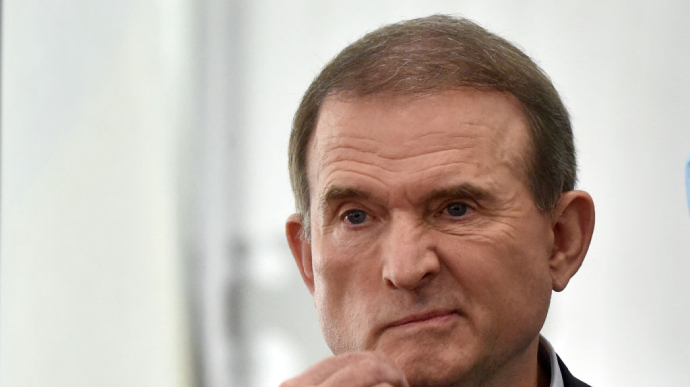 Source: Medvedchuk in an interview with the Russian propaganda media

Quote: “When we unite people, find out their attitude, and for some reason I am sure that this position is against the authorities, against Zelenskyy, it will be completely different.”

Details: Medvedchuk hatches plans for this movement to “debunk” the fact that Ukraine is “monolithic in its views and in its alleged support for Zelenskyy”. According to Medvedchuk, the newly created movement should “consolidate all constructive social and political forces”.

For reference: Viktor Medvedchuk is a former member of the pro-Russian Opposition Platform – For Life party, who tried to leave the country after the beginning of the full-scale invasion and defeat of the Russians in Kyiv Oblast but was detained by Ukrainian law enforcement officers.

In 2020, Medvedchuk, through his associate Taras Kozak [pro-Russian politician – ed.], provided Russia with information about the location of a hidden unit of the Armed Forces of Ukraine.

Accused of treason, Ukrainian businessman and pro-Russian politician Viktor Medvedchuk, to whose daughter Putin is godfather, was taken to Russia in exchange for 200 Ukrainian defenders. During the tenure of Petro Poroshenko, Medvedchuk himself was engaged in exchange with the occupiers.

After the exchange, Medvedchuk was spotted in occupied Crimea with his wife, who fled to Russia on the eve of the invasion.

Zelenskyy: Putin is nobody to me after invading Ukraine

New barrage of Russian strikes in Ukraine kills at least 11