Trio of suicide drones strike US base in Syria, wounding 2

Tanzanian killed in Ukraine: We told him not to go 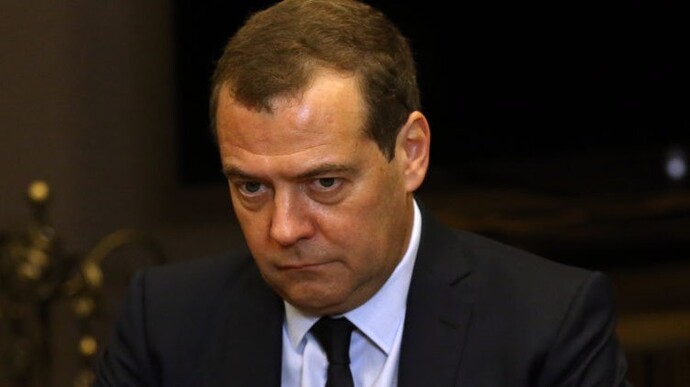 Dmitry Medvedev, the Deputy Chairman of the Security Council of the Russian Federation, has taken offence at Ukraine’s refusal to accept the so-called “Christmas truce” proposed by Vladimir Putin, calling Ukrainians ungrateful.

Quote: “The hand of Christian mercy was extended to the Ukrainians on a great holiday. Their leaders rejected it. I think most of our servicemen participating in the Special Military Operation [war with Ukraine – ed.] breathed a sigh of relief when they heard the main Ukrainian clowns’ refusal to cease fire for Christmas. Less trouble and deceit.”

Details: According to Medvedev, he feels sorry for those people who apparently won’t be able to go to church because of Ukraine’s refusal.

For this refusal, Medvedev called Ukrainians “pigs” who “have no faith and an innate sense of gratitude”. Without restraining himself, the deputy head of the Security Council of the Russian Federation said that Ukrainians “understand only brute force”.

Medvedev has also started to insult European politicians who did not appreciate Putin’s proposal. In particular, responding to the words of Annalena Baerbock, the German Foreign Ministry, that if Putin wanted peace, he would have returned the soldiers home, Medvedev said that “the heirs of the Nazis have never spared either people or animals”.