Cowboys shaking it up, but McCarthy's job is safe 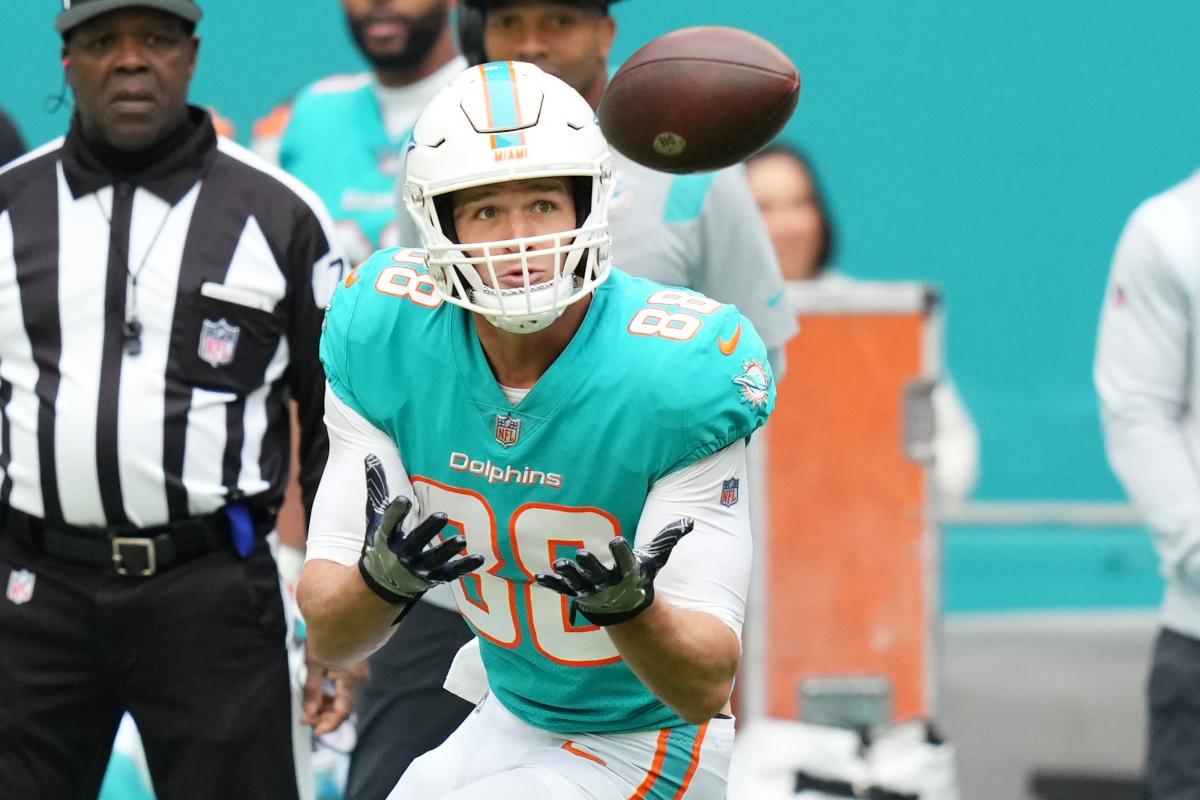 What seemed like a given a month ago for the Miami Dolphins is now teetering on the brink.

Mike McDaniel was leading an incredible turnaround in his first season in charge with the Dolphins fighting the Buffalo Bills for the No. 1 overall seed in the AFC playoff picture. But now after four straight losses and another concussion for quarterback Tua Tagovailoa, Miami (8-7) is hanging on for dear life as it tries to make the NFL playoffs for the first time since 2016.

The Dolphins’ last two games of the regular season are against AFC East rivals who also are fighting for a playoff berth. First up are old nemesis Bill Belichick and the New England Patriots (7-8). Their offense may be struggling under QB Mac Jones, but the Pats still boast a stout defense that will battle to keep Tyreek Hill and Jaylen Waddle in check and make things difficult for Teddy Bridgewater.

More on Tua’s latest concussion:Here’s why Dolphins didn’t suspect anything was wrong with Tua Tagovailoa during game | Habib

Teddy’s time:Teddy Bridgewater finally gets opportunity to start — and finish — a game for Dolphins

Who will improve their playoff chances Sunday? NFL reporters and analysts weigh in with their picks:

With all due respect to Bridgewater, the Miami offense isn’t the same with him under center. The team is 0-2 in games in which he’s had double-digit pass attempts. New England isn’t dominating the AFC East as it has in the past, but it still has a solid defense (ranked fifth in scoring) and provides a tough place to play in the winter. The red-hot Cincinnati Bengals narrowly escaped last week, and Miami has won just two of its last 13 games in New England by a combined four points.

The Dolphins have lost all four of their December games, but they can clinch a playoff spot this week with a win and a Jets loss or tie. A tie and a Jets defeat plus a Pittsburgh Steelers loss or tie would also get them into the postseason, though the Patriots will be motivated to play spoiler and keep their own faint playoff hopes alive. I think head coach Bill Belichick will find a way to scheme up a win-and-in scenario against the Buffalo Bills in Week 18.

No Tua? Big problem for the Miami offense.

Like the Titans and Jets, the Dolphins are doing their best to kick away a playoff spot. They have lost four in a row and could be without QB Tua Tagovailoa. But if they beat the Patriots, who have lost four of their past five, the Steelers are out of the playoff picture.

These Patriots have been listlessly, sloppily waiting for someone to put them out of their misery. Enter the Dolphins on a four-game losing streak, starting their backup quarterback. Teddy Bridgewater, with a far better scheme and more talent around him, still figures to be more comfortable than Mac Jones. New England’s defense just doesn’t have the speed or physicality in the back end to survive Miami’s dynamic receiving duo of Tyreek Hill and Jaylen Waddle.

The winner controls their own destiny in the AFC Wild Card race. The Dolphins are 3-5 on the road and in the midst of a four-game losing streak. The Patriots are 3-4 at home and have lost four of five games. Miami won the first meeting 20-7 in Week 1 and has a chance to win five in a row in the series. Bill Belichick gets in the way.

If Tua Tagovailoa were 100 percent healthy, I’d pick the Dolphins. But [with] Tua out, I see the Patriots winning this and keeping their playoff hopes alive.

The winner of this game will control its playoff fate, making this an enormous game for both. The Dolphins have lost four straight, while the Patriots have lost two tough ones the past two weeks. Both offenses have issues lately, and Miami will almost certainly be without Tua Tagovailoa because of a concussion. Teddy Bridgewater will start. That matters. The Patriots will win it.

How has the rest of the Big Ten football done during bowl season?