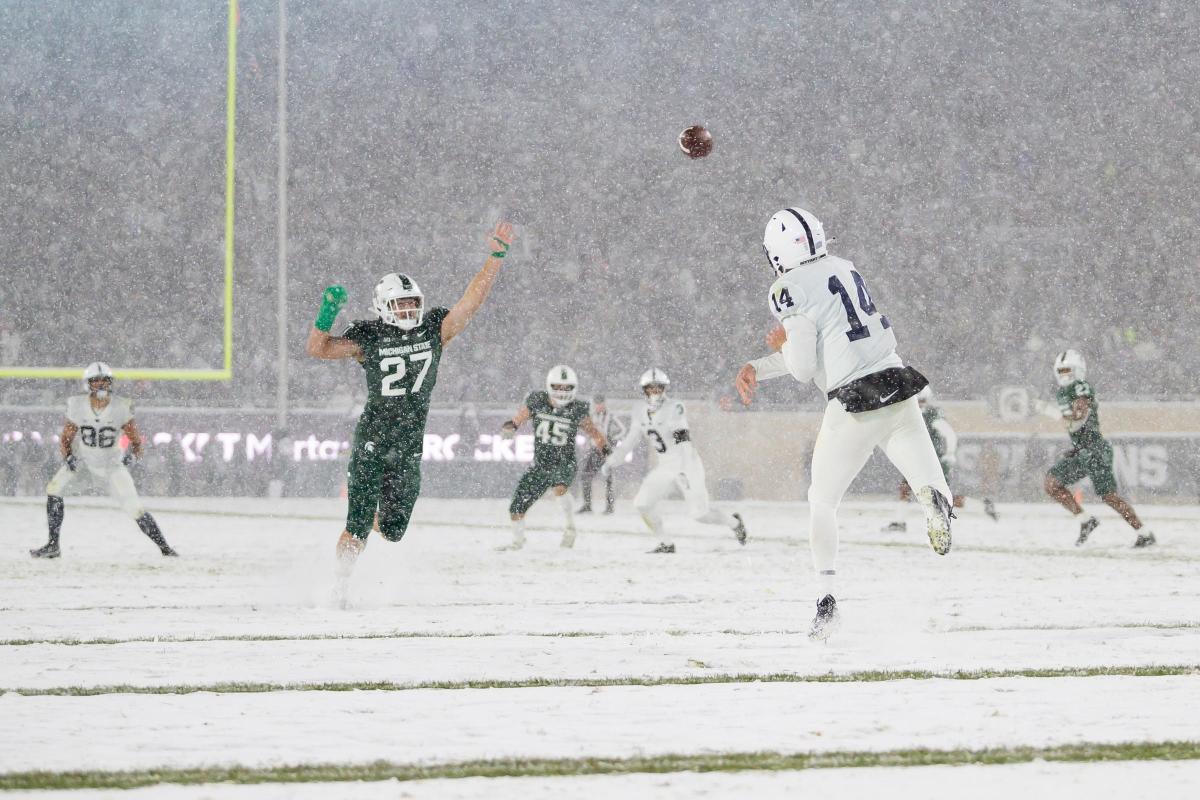 Game notes:The Spartans finish a disappointing regular season on the road. They took down the Nittany Lions, 30-27, behind a huge game — 138 yards and a touchdown — from Kenneth Walker III at snowy Spartan Stadium. A victory would clinch a bowl, though MSU could still be picked for a postseason game if there aren’t enough six-win programs out there.

Penn State has won three straight since losing to Ohio State and won’t have to try to stop Walker this season, so things are looking up in Happy Valley. There is no path to the College Football Playoff, but beating MSU on Saturday would give James Franklin his fourth 10-win season at Penn State and his first since 2019.

Can’t see the chatter? Refresh the page or check it out on Twitter.