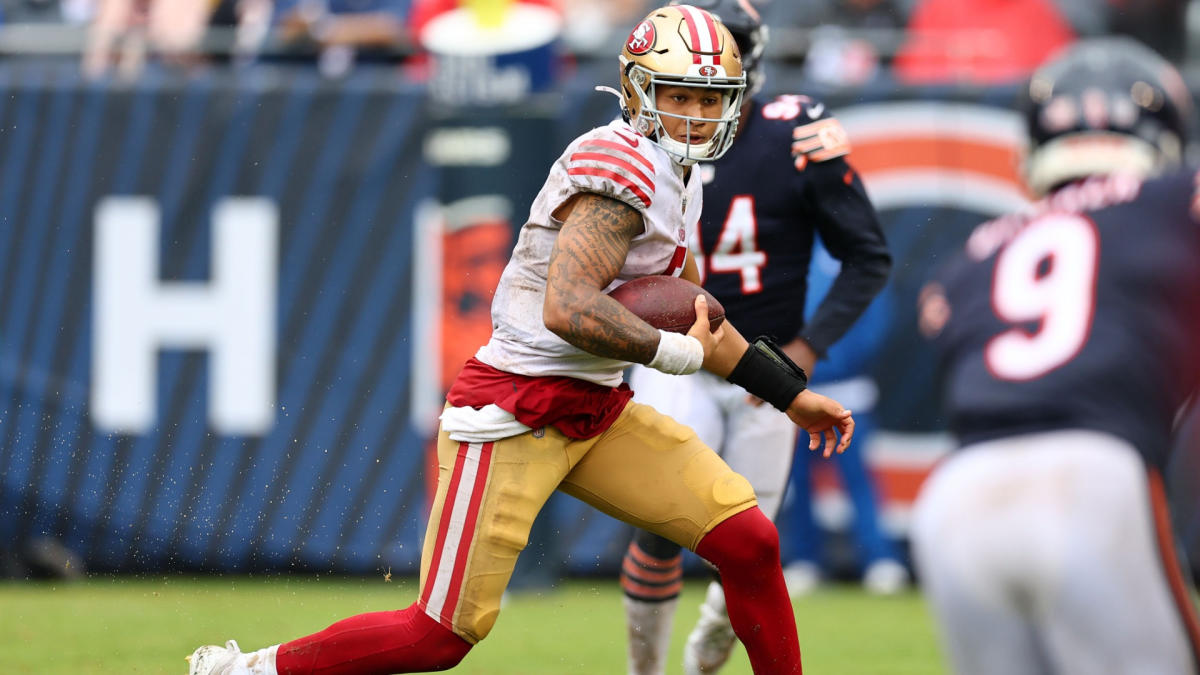 A few days later, he further explained why he was so unimpressed with the 22-year-old’s first start — and loss — of the 2022 NFL season during a Thursday appearance on 95.7 The Game’s “Willard & Dibs.”

“I know that [the 49ers have] had him for a year, and it was just so hard for me to understand how he could play like that … It was very disappointing, to say the least,” Martz said. “… Hopefully he can get past that and play well this next week.

“And if he doesn’t, then they’ve got a dilemma on their hands.”

Martz’s original comments on Lance, made to The 33rd immediately after the 49ers’ 19-10 loss to the Bears at Soldier Field this past Sunday, drew ire from many fans on social media. He criticized Lance’s passing and rushing abilities and said the young quarterback looked like “a fullback stumbling around” while noting he never liked him.

A clip of his searing Lance assessment was posted to Twitter on Tuesday, which has racked up nearly half a million views and garnered nearly 2,000 responses — many from the 49ers Faithful. Bears fans also chimed in after Martz also said Justin Fields was “less than remarkable.”

On “Willard & Dibs” Thursday, Martz clarified that, ultimately, he hasn’t seen enough of Lance just yet to make a true evaluation. But based on what he had heard about the young signal-callers abilities heading into the season, he was let down by Sunday’s rainy game and reiterated that weather shouldn’t be an excuse.

He also doubled down on his previous statement that he “never liked” Lance, telling the show there’s nothing he has seen in the second-year pro that relates to an NFL quarterback.

“Just listening to what everybody said, I was really anticipating more than what we saw in that game,” Martz said. “So I don’t know what he is. And maybe he’s one of those guys that’s going to take a few years, but in the meantime, they’ve got a really good football team.

“What do you do, right? Hopefully, they can win while he develops. He comes along, and if he doesn’t, I think they would probably need to make a change.”

Martz noted that 49ers coach Kyle Shanahan and general manager John Lynch are “beyond reproach,” and if the organization believes in Lance, there’s a good chance he’ll get to where he needs to be.

But for now, Martz still doesn’t see it after Lance finished Sunday’s loss 13-of-28 for 164 yards with one interception.

“All I know is what I saw in that game, and it was very concerning,” he said.

Much like Shanahan, Martz was known as somewhat of an offensive mastermind during his time in the NFL. He’s best known for helping lead the then-St. Louis Rams to their first Super Bowl title as offensive coordinator during the 1999 season.

He also served as head coach for the Rams and Detroit Lions before becoming 49ers OC for one season in 2008.

While many pundits have called for the 49ers to replace Lance under center with veteran Jimmy Garoppolo after just one game, Martz isn’t sure if that necessarily would make things any better for the team at this point in the season.

“I think that still remains to be seen,” Martz said of which quarterback gives the 49ers the best chance to win. “I think you’ve got to give the young man [Lance] a few more weeks here to see where he is and how the team plays with him.”

With that being said, the next few weeks are critical for both the 49ers and Lance.

The young quarterback will have another shot at proving his worth this Sunday when the Seattle Seahawks visit Levi’s Stadium for their Week 2 matchup.