= Misinterpreted, Claims Leader On "Sound Sleep After Joining BJP" Remark
Skip to content
You are Here 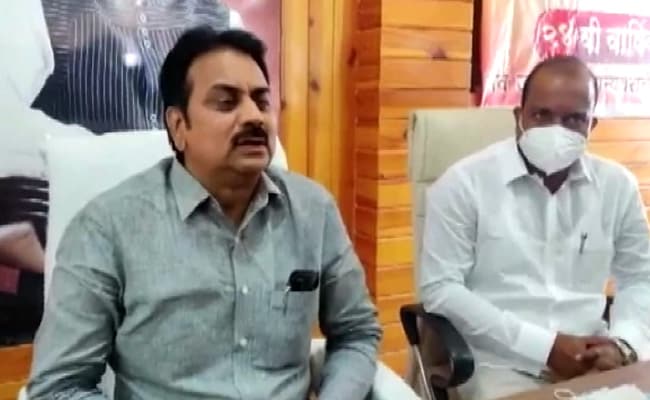 My statement is being misinterpreted, says Harshvardhan Patil.

A former Congress leader who said he was getting sound sleep after joining the BJP has now claimed his remark is being misinterpreted. The remark, made after recent raids by central agencies, comes at a time when the opposition parties are accusing the union government of using these agencies to settle political scores.

Harshvardhan Patil, BJP leader and four-time legislator from Indapur in Maharashtra, had said he was getting “sound sleep” after joining the BJP as there are “no inquiries”. Notably, this remark came right after NCP chief Sharad Pawar alleged the misuse of Central agencies like the CBI, Enforcement Directorate, and the Narcotics Control Bureau to target the opposition.

“I made a statement while I had gone to Maval for a hotel inauguration day before yesterday. That statement is being misinterpreted, which is why I am here to give clarification,” he told the media today.

Mr. Patil adds that he didn’t specifically mention anybody and that he joined the BJP because he was denied a ticket that was promised to him.

Mr. Patil was elected to the state assembly from Indapur near Pune thrice as an independent candidate before joining the Indian National Congress in 2009, his fourth and last successful election. He then switched over to the BJP just before the 2019 Maharashtra polls.

“We too had to go to BJP. He (referring to someone from the opposition sitting next to him on stage) asked why I joined the BJP. I told him to ask his leader why I went to BJP. ….Everything is easy-going and peaceful (in BJP). I get sound sleep as there are no inquiries,” Mr. Patil had said while speaking at an event in Maval in the Pune district on Tuesday.