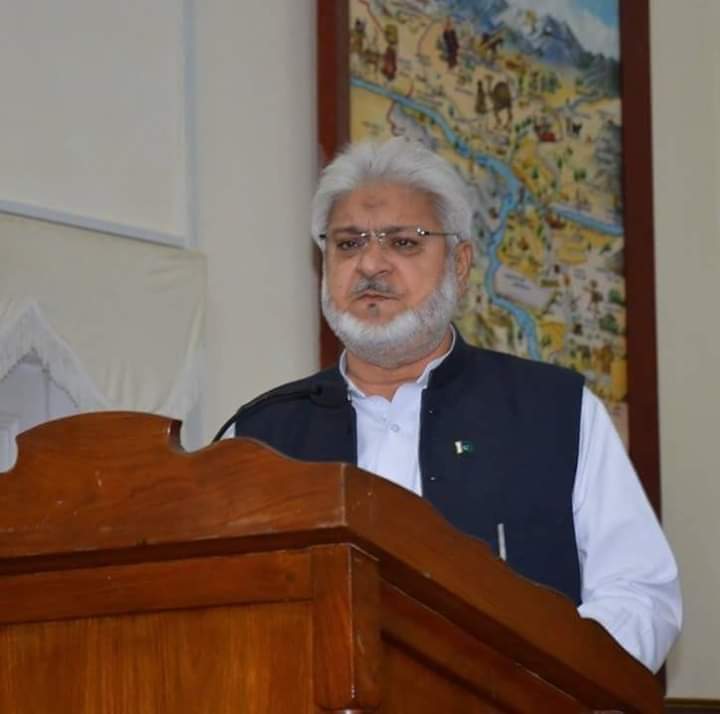 Munir Khan Orakzai member of the National Assembly of Pakistan from the Muttahida Majlis-e-Amal party died on June 2, 2020, passed away on Tuesday due to a heart attack. Munir Orakzai’s funeral prayers will be offered in Kurram District (Native Village) today at 3:00 pm. he will be buried in the near cemetery.

Munir Orakzai was diagnosed with coronavirus in April, he was admitted at the Hayatabad Medical Complex where he was on the ventilator but he defeated the novel coronavirus later.

Munir Khan Orakzai was born on September 6 1959 at Kurram, he was an MNA of Pakistan since August 2018. he was also a member of the National Assembly of Pakistan from 2002 to 2013 but he lost the election in 2013. Munir Khan served as the Parliamentary Leader of FATA between 2002 and 2013.

He was a member of the National Assembly of Pakistan from Kurram district.

Nicole Jackson appears in court for a hearing at the Justice Center in Daytona Beach, Tuesday, Nov. 22, 2022. Nicole...

Rory McIlroy has, for the third round at least, avoided a pairing that “Teegate” rival Patrick Reed warned would be...

Follow Sportsmail’s live blog for the FA Cup fourth-round clash between Preston and Tottenham.  The news is provided by Daily...

Big Island man indicted in stabbing deaths of his grandparents

Jan. 28—A 21-year-old man accused of fatally stabbing his grandparents at their Panaewa home Jan. 16 was arraigned Friday in...

What NFL hates about its final 4 playoff teams

The Chiefs, Bengals, Eagles and 49ers have all played in the Super Bowl within the past five seasons, managing to...

Although he was a full participant in practice Friday, Travis Kelce is apparently dealing with a back issue.

Recapping the Cubs’ roster moves so far this offseason

The Chicago Cubs have missed the playoffs in each of the last two seasons, and with ownership publicly stating that...

Mikaela Shiffrin scooped up her 85th World Cup success on Saturday to leave the US ski sensation just one shy...