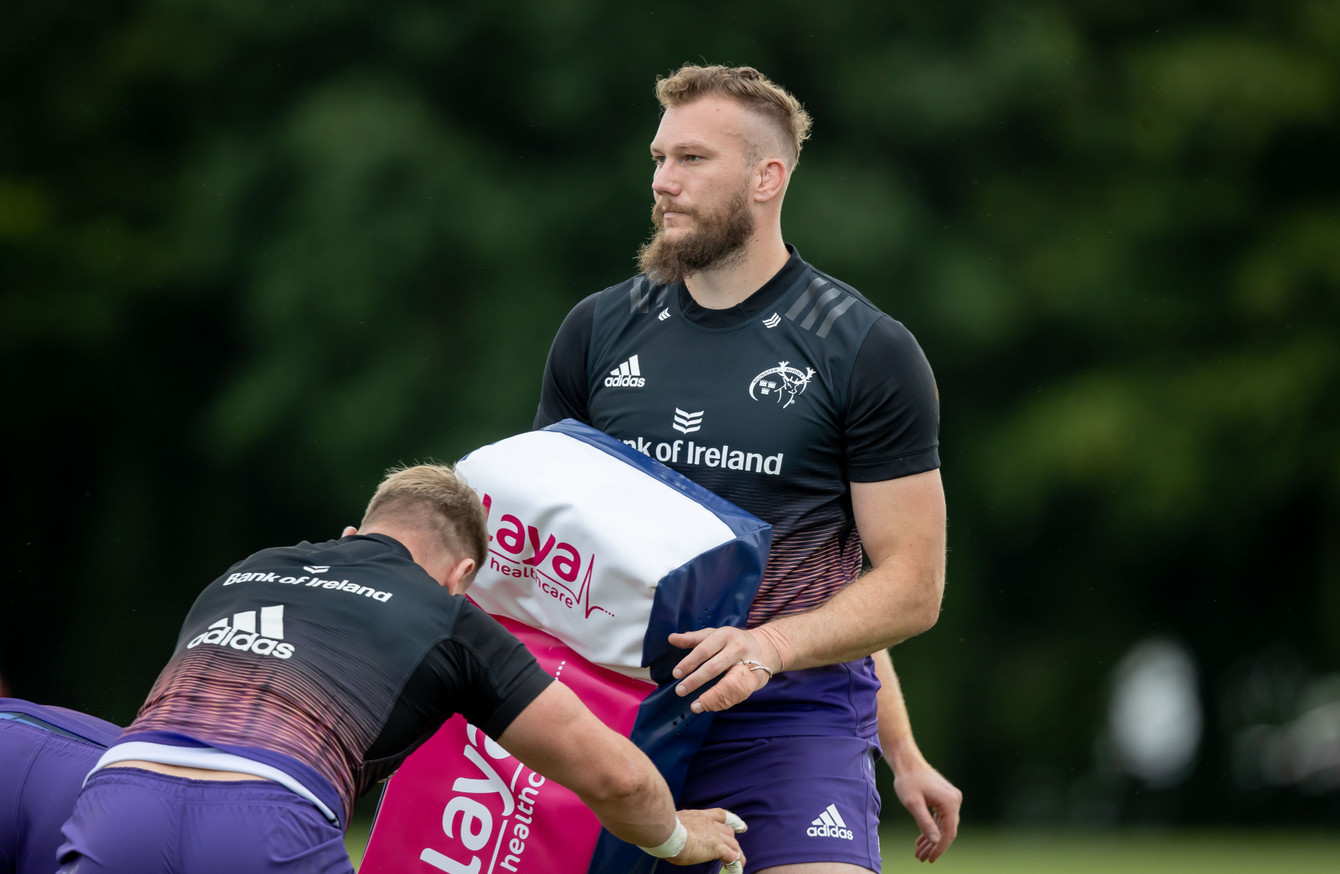 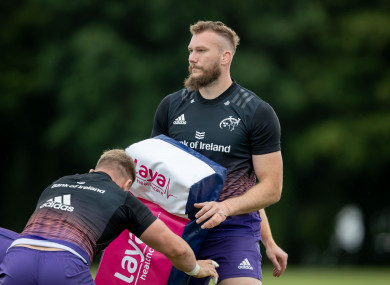 DESPITE A HUGELY encouraging start to the season which has seen Munster record three straight wins in the United Rugby Championship, the mood around the squad has been somewhat subdued this week following RG Snyman’s latest injury setback.

The big South African had offered Munster supporters an exciting glimpse of what he can offer across his few cameos this season, before suffering a re-rupture of his cruciate ligament in Sunday’s win over the Scarlets.

It’s a cruel blow for a player who has proved hugely popular at the province, despite playing so little rugby since his arrival last year.

“He’s a giant around the squad and yes, the lads really look up to him. He brings a great energy and vibe around him. Guys are gutted,” explains Munster defence coach JP Ferreira.

“We have acknowledged that yesterday (Tuesday) when we came into training but that’s put aside now. We are just carrying on with what we have to do. We are right behind him, everyone in Munster is around him to get him sorted again.”

Ferreira confirmed that Snyman will stay in Munster to complete his rehab, adding that they will look to keep him involved with the squad as he faces into another long spell on the sidelines.

“It’s difficult and gutting because it has happened again for him. So he will be going ‘Jeez, could I have done more?’

“He is feeling like he needs to be involved and he doesn’t want to go home and sit around waiting for his next rehab session.

“He will be more on board with us and that will keep him fresh and keep him up-to-date with things we are changing and evolving.

“I think then, obviously his personal side of it, he will train hard and get back stronger. It’s also a motivation for him to get back again.”

On the pitch, Munster will look to continue their strong start to the new campaign when they host Connacht at Thomond Park on Saturday, with Lions Tadhg Beirne and Conor Murray both back training and in contention to feature.

And Ferreira added that he felt Munster’s superb win over the Scarlets was the most pleasing performance of the season to date.

I thought the first two weeks, individuals were just falling off the tackles a bit, not sticking in it, last week with that group we had a massive chop focus on our poach and they did that very well. It’s something that myself and Graham (Rowntree) drive a lot, that pressure on the ball which was excellent.

One of the players who stood out against the Scarlets was out-half Ben Healy, and Ferriera admitted the 22-year-old is beginning to put some pressure on Joey Carbery for the No 10 shirt.

“Ben has improved massively. Physically he’s a big body. He’s 98kgs, you wouldn’t say it (to look at him), but he is.

“We’ve worked hard on his defence and the mental side of it, Steve has really worked hard on his game. So on the weekend I was really chuffed with him, just putting his body on the line, especially off that first phase in the lineouts and making his hits, and him almost setting the tone for the rest of the defence coming off lineouts.

“So he’s grown and he’s evolving and he’s really a student of the game. He sits with myself and he sits with Steve (Larkham) a lot, going through different aspects of the defence and obviously the attack, so Benny is doing really well.”