Biden, Harris head to Philadelphia as they hone 2024 message 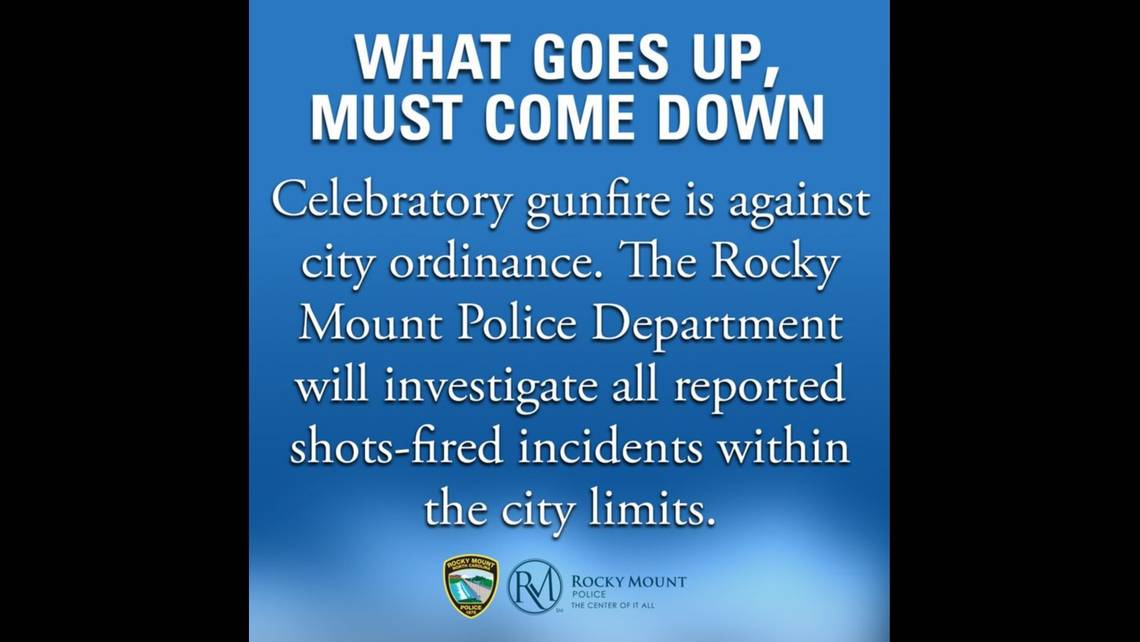 Celebratory gunfire could inadvertently kill someone, they say.

At least two departments announced this week that more officers will be deployed Saturday night to arrest the quick-trigger crowd.

“Any bullet discharged from a gun, even into the sky, must land somewhere, and when it does, the risk of injury or death is significant,” the Rocky Mount Police Department said in a news release Friday.

Police will charge violators for the offense of discharging a firearm within city limits, according to the release.

”In addition, as a standard, officers will be deployed throughout the city to maintain the peace, prevent crime and violence, and arrest drunk drivers,” Rocky Mount Police officials vowed.

Rocky Mount lies along the Tar River east of Interstate 95 in Edgecombe and Nash counties, nearly 60 miles northeast of Raleigh and 225 miles from Charlotte.

Also this week, Durham police warned gun owners to be responsible when they ring in the new year, The News & Observer reported.

Call 911 to report gunfire on New Year’s Eve with an exact location and physical description of suspects or vehicles involved, if it can be done safely, Durham Police urged.

“New Year’s Eve should be a time of celebration but, unfortunately, reckless behavior can negatively impact many lives,” Durham Police Chief Patrice Andrews said in a statement. “Please take personal responsibility to help make this a safe holiday for everyone.”