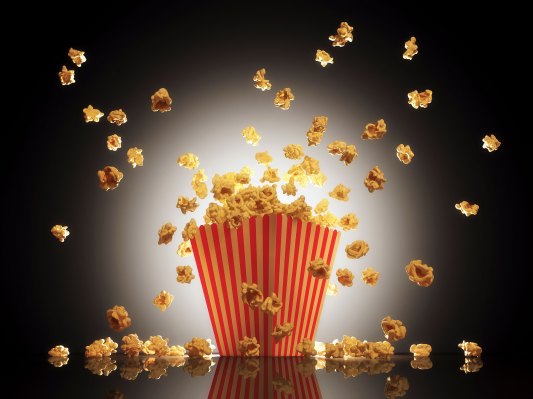 “That is incredible, considering how difficult it is to find videos, how unfiltered it is and how inaccessible it is for many students who have different learning abilities and learning levels,” said Gross. “Video has to evolve.”

To that end, Newsela announced today that it has acquired HapYak, an interactive video software business for the enterprise, for an undisclosed amount. This marks Newsela’s first acquisition, as the content company has been working more on content partnerships and licensing up until this point. The deal comes months after Newsela raised $100 million in a round that brought its valuation to $1 billion.

HapYak is a little fancier than YouTube in its enterprise-specific offerings. Gross said that he got validation for the importance of video after seeing users turn to other DIY platforms to build interactive videos.

Ethos-wise, bringing customizable functionality to videos — instead of a static experience — is in line with how Newsela iterates on products. For example, the startup disrupted textbooks by bringing them online, and giving teachers a way to tailor the same content to different learning types. Now, the startup wants to disrupt video by adding a layer of interactivity. Beyond the HapYak acquisition, Newsela plans to tap into its access to thousands of videos it has through content providers.

“What will be most exciting to teachers and students is the level of engagement and level of interactivity…because accessibility is so critical,” he said. “It’s a critical issue that students with different learning levels, of background knowledge, different abilities and different age groups…you need to have videos become accessible to students across all walks of life.”

Gross declined to comment on whether video functionality will be a product that is offered to free users or only those who pay for a Newsela subscription. The latter could impact the accessibility of Newsela’s new efforts, as the digital divide continues to limit which students, and entire districts, get access to software.

Eight months ago, Newsela boasted that its 2020 annual recurring revenue grew 81% over 2019, with new bookings surging 115%. The CEO declined to share if 2021 is on pace to eclipse, meet or fall behind those totals.

Up until this point, Newsela only hosted a small percentage of video content on its platform. The company has been, and will continue to be, a text-focused company that wants to improve literacy of students across the world, according to Gross. Despite this background, Newsela thinks that video content will be non-negotiable in learning going forward.

“Videos are really central to instruction and an incredible amount of information can be conveyed very quickly and efficiently through video,” Gross said. “It serves not as anything better or worse than text, but as a critical supplement in a video-driven world.”

While some may feel like Newsela’s foray into video is late, Gross said that his company intentionally didn’t look at the form factor in the past.

“I think a worst-case scenario are videos that don’t have a lot of rigor, and instruction videos that are really just all about engagement,” Gross said. While he didn’t name any specific startups, he thinks that some trick school teachers into thinking that video-based instruction is good for kids through engagement metrics. In reality, though, some interactive tools fail to deliver high-quality education, thus missing an important balance between engaging content and pedagogically sound learning.

“That’s not the kind of learning that we’re used to in the 21st century, and then video in school would just be seen as a total turn-off rather than something that’s truly getting kids excited about learning.”

Beyond the HapYak acquisition, Newsela revealed that it has acquired the natural learning AI assets from Fluent City, a language learning startup. Interestingly, Newsela wasn’t interested in the startup’s language learning capabilities (which it subsequently sold off to Brightcove).

The transaction, Gross said, will allow Newsela to better analyze the text that they license from content providers to aid curation, modifications and recommendations for its customers.

Both deals signal that Newsela, armed with fresh capital, is getting aggressive about how it gets the right content to the right student in the right format at the right time.