The Métis National Council’s new leader has a date…

‘Guess we found who the propaganda worked on’: MSNBC’s Chris…

Nord Stream 2 gas pipeline WILL go ahead with EU support, regardless of American lobbying and sanctions, says Russian Deputy PM 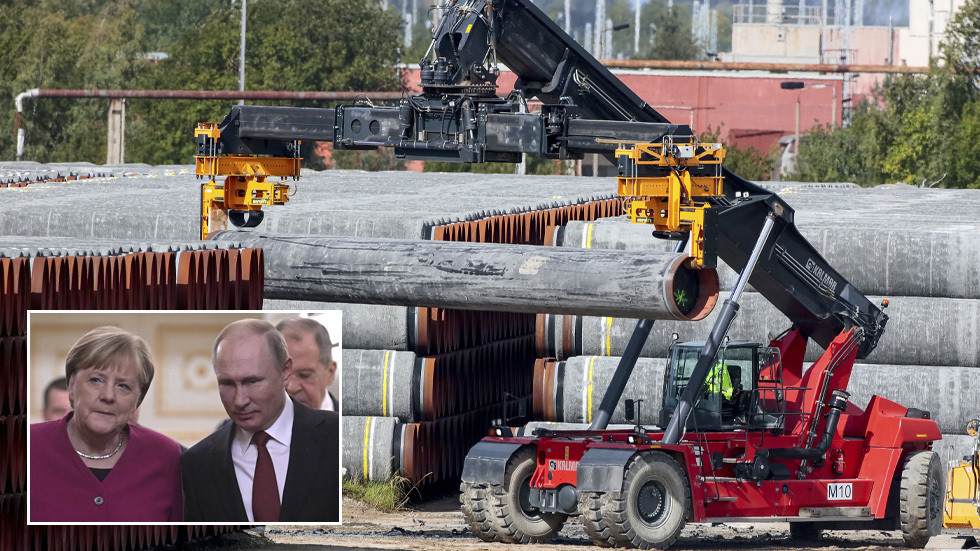 Despite tensions in recent years, US attempts to torpedo one of the world’s longest gas pipelines are so brazen, says Russia’s Deputy Prime Minister, that his country and EU capitals have put aside their differences to fight them

Speaking to the RBC TV channel on Monday, Alexander Novak said that “the weapon of sanctions is absolutely not based on the free market, although [the US] always seems to insist that it is market-based.”

“Everyone knows this,” he added, “the countries involved in implementing the project – European countries and their businesses – still support the project. With this support, I am confident it will be completed.”

Work on the colossal pipeline, which would connect Siberian gas fields to consumers in Western Europe, has continued unabated in recent weeks, despite a package of new sanctions and the threat of still more to come. Republican Senator Ted Cruz (R-Texas) told pro-NATO lobby group the Atlantic Council in December that the project “will never be launched and gas will never be launched through the pipeline.” He added that “the second wave of sanctions” would be approved in the near future.

Last year, Washington wrote to hundreds of construction and maritime firms, threatening them with sanctions for their involvement in the project, which it calls a “grave threat” to Europe’s “energy security, and American national security.” However, the US has faced accusations that its motives are more cynical, and about dominating the continent’s energy market. According to the POLITICO journal, a common refrain in Berlin is that “the Americans don’t care about Russia, they just want to sell us their fracking gas.”

In Germany, which has risked American ire by actively resisting US lobbying efforts that seek to shut down the project, Chancellor Angela Merkel insisted that, when it comes to the pipeline, “the position of the federal government remains unchanged from that of recent years.” She conceded that relations with Russia, where the pipeline will originate, were otherwise under strain over the alleged poisoning of opposition figure Alexey Navalny, but argued that the two matters were unrelated.

Also in December, German Foreign Minister Heiko Maas told journalists that he was optimistic about the prospect of a fresh approach from the incoming US president, Joe Biden. “The European Union sees the sanctions introduced against the project as an illegal step and takes a different view of the political aspect when it comes to the issue,” Maas said in an interview with German weekly news magazine Der Spiegel.