North Korea locks down Pyongyang due to ‘respiratory illness’

Burkina Faso unrest: France agrees to pull its troops out

UN says $4.3B required for Yemen humanitarian needs in 2023 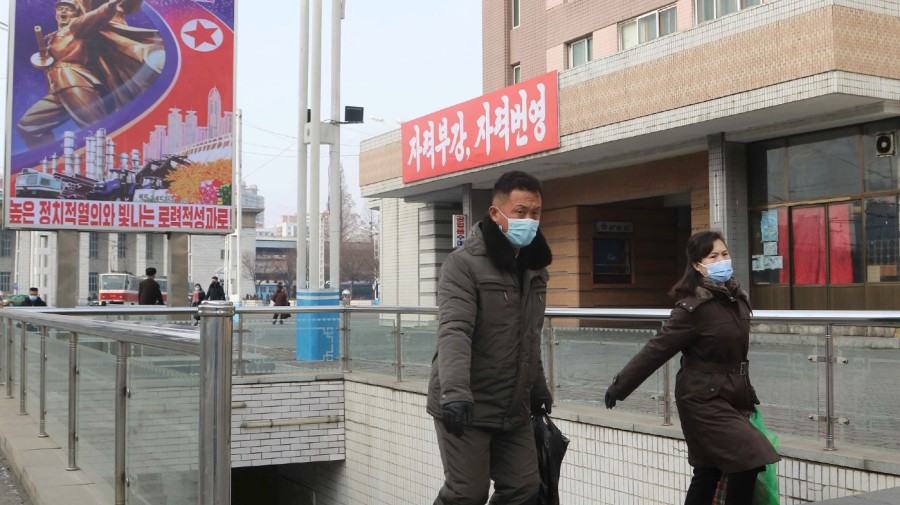 North Korean authorities have ordered a lockdown in the nation’s capital city Pyongyang because of the spread of an unspecified respiratory illness, according to a statement released by the Russian embassy in North Korea on Facebook.

The lockdown will last for five days, and could be extended another three days, according to the post, which called for a “special anti-epidemic period” and urged foreign diplomats to remain inside.

The notice also stated that individuals should take their temperature four times a day and report the results daily to a hospital in Pyongyang. If an individual has a high temperature, they should immediately report to the hospital.

While the notice does not mention any particular illness, such as COVID-19, it does say the city has seen a rise in patients with “recurrent influenza in winter and other respiratory diseases.”

The secretive dictatorship has been guarded about the toll that the COVID-19 pandemic has taken on the country. In August, North Korean leader Kim Jung Un said in a speech that the country had “eradicated” the virus, according to state media reports.

While North Korea did not officially report coronavirus cases, it did report cases of people with “fever” symptoms. In 2022 it reported statistics that showed nearly a fifth of its 25 million population had the symptoms, but it has stopped reporting the cases since the end of July.

Nebraska hosted a big-time quarterback prospect for the 2025 class on Wednesday. Pennsylvania signal-caller Stone Saunders made the trip to...

Facebook parent Meta will reinstate former President Donald Trump after keeping him off the platform for two years, the company...

A stolen Hyundai SUV was driving recklessly through west Charlotte Tuesday morning, speeding down the shoulder of Interstate 77 and...

AG: Ex-parole board chair violated law; too late for charges

RICHMOND, Va. (AP) — A former Virginia Parole Board chair violated state policy and law in her handling of cases...

What’s the weather in Kansas City for the Bengals-Chiefs game? Expect freezing temps 🥶

As the Cincinnati Bengals prepare to play the Kansas City Chiefs in the AFC championship Sunday, what will the weather...

When Los Angeles Angels owner Arte Moreno announced on Monday that he would not be selling the team,the initial reaction...

Here are possible candidates for Alabama football to hire for Nick Saban's opening at offensive coordinator.

With a budding superstar, a superb coach, a talented young core and help on the way, OKC's rebuild is ahead...

Reyna did again on Wednesday, just three days after marking his return from the World Cup with a game-winner.

Despite a 12-5 regular-season, the Cowboys season ends in major disappointment. Again. Here’s who Jerry Jones should hire as head...