‘Terrifying and inspiring’: Iranian Americans on the protests rocking Iran

Putin has signed decrees recognizing the independence of 2 Ukrainian regions, laying the groundwork for their annexation by Russia 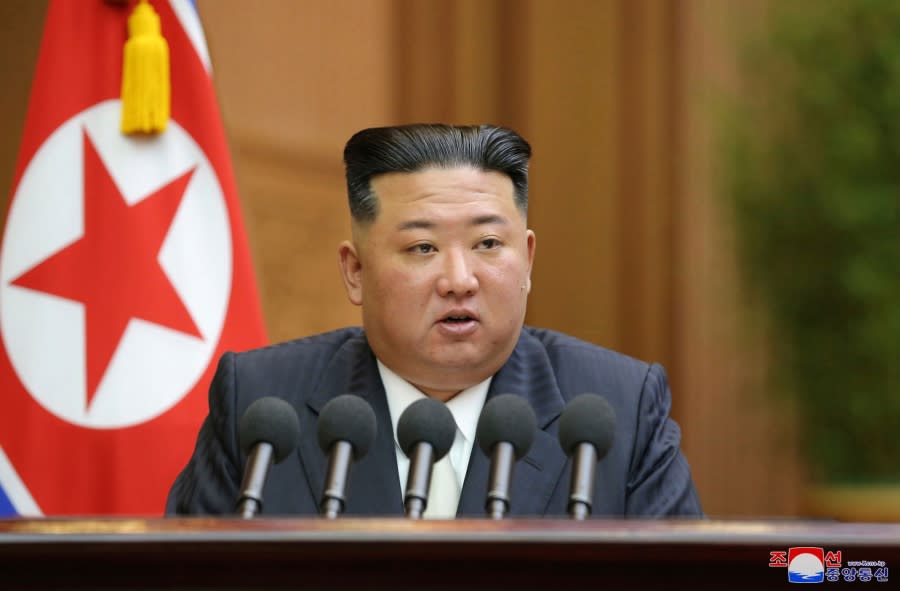 North Korea on Thursday denied a U.S. intelligence report that it exported rockets and artillery shells to Russia, claiming the assessment was intended to tarnish North Korea’s image.

“We have never exported weapons or ammunition to Russia before and we will not plan to export them,” the statement by an unnamed North Korean official read. “It is not sure from where the rumor originated which the U.S. is spreading, but it is aimed at tarnishing [North Korea’s] image.”

The statement identified the official as a vice director general of North Korea’s General Bureau of Equipment within the country’s defense ministry and was published by the state-run Korean Central News Agency.

The U.S. intelligence assessment, which was revealed earlier this month, indicated Russia’s defense ministry was in the process of purchasing millions of rockets and artillery shells from North Korea.

“We condemn the U.S. for thoughtlessly circulating the rumor against the DPRK to pursue its base political and military aim, and we warn the U.S. to stop making reckless remarks pulling up the DPRK and to keep its mouth shut,” the North Korean official said.

The potential purchases come as Russia’s full-scale invasion of Ukraine approaches the end of its seventh month.

The invasion was met with heavy sanctions from the United States and much of Europe, hindering Moscow’s ability to obtain military supplies and other key exports.

“We don’t have any indication that the purchase has actually occurred yet so it’s difficult to say what it’s actually going to end up looking like,” White House national security spokesman John Kirby told reporters earlier this month.

North Korea has strengthened its relationship with Russia since its invasion in February, and the official on Thursday reiterated Pyongyang’s belief that the United States and its Western allies are cooking up the crisis.

A Ukrainian counteroffensive in recent days has claimed back some of that territory, pushing back Russian forces to the border in some areas.

The adoption of populism by other parties casts doubts on Italy’s capacity to keep Giorgia Meloni's agenda in check.

SARAJEVO, Bosnia-Herzegovina (AP) — Bosnia’s general election should be about the fight against rampant corruption and helping the country’s ailing...

Heavy gunfire, soldiers on the streets in Burkina Faso capital

Soldiers seen along the main avenue in Ouagadougou leading to the presidential palace and national television station.

There's plenty to watch during the Warriors' preseason, but James Wiseman and Patrick Baldwin Jr. top the list.