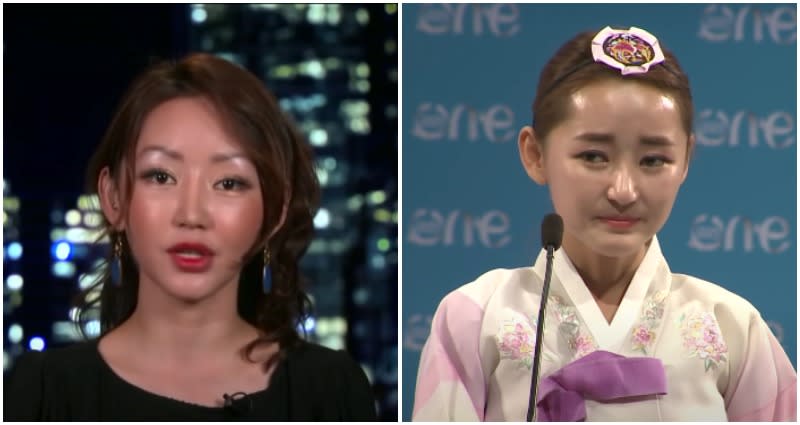 North Korean defector and human rights activist Yeonmi Park, 28, criticized what she described to be a “massive indoctrination coming from the left” in U.S. public schools.

In an interview with Fox News on June 15, Park detailed how she escaped North Korea at age 13 and was held captive in China by human traffickers, but said she still finds herself “fighting for freedom even in America.”

She explained that her son was being educated to “think like [a] socialist” and taught that socialism is “a good, benevolent system.”

“I never knew I was going to be waking up at night terrified [of] being in America,” she shared.

More from NextShark: Everything you need to know about the South China Sea dispute between China and the Philippines

Park stated that socialism was a “playbook” for dictators and the elite to keep all of the power.

“The definition of socialism means giving all of the power to the government. They decide the means of production, they decide every aspect of our lives. And that’s how they are artificially fixing the outcomes,” she said.

“I mean, it’s [Adolf] Hitler’s youth, Mao’s youth and Kim Il Sung’s youth. They always go for young children because they have [not] lived their life enough to… have critical thinking skills,” she continued.

More from NextShark: ‘I’ve had enough’: 17-year-old high school senior on why he’s running for Ohio’s House of Representatives

“And… big kills [who] want to seize power from the people, they always mobilize the youth. And that is the truth that [worries me that], as a parent myself, that I cannot protect my child right now in America.”

Park has appeared on Fox News on several occasions. Last year, she appeared to warn viewers of the “Marxist” parallels between cancel culture and the Kim Jong Un regime.

Park will also reportedly be releasing a book in 2023 titled “While Time Remains: A North Korean Defector’s Search for Freedom in America,” which will explore some of what she claims are similarities between the U.S. and North Korea, including speech censorship and demonization of groups for what Fox describes as “the purpose of exploiting power.”

As a human rights activist, Park has been featured in several major news outlets including Time and The New York Times, sharing her experiences of starvation and oppression in North Korea.

Her bestselling book, “In Order to Live: A North Korean Girl’s Journey to Freedom,” was published in 2016 and has nearly 12,000 reviews on Amazon, with some reviewers describing it as “life-changing.”

More from NextShark: Filipino American group exposes pro-Marcos trolls after he urged critics to ‘find me one’