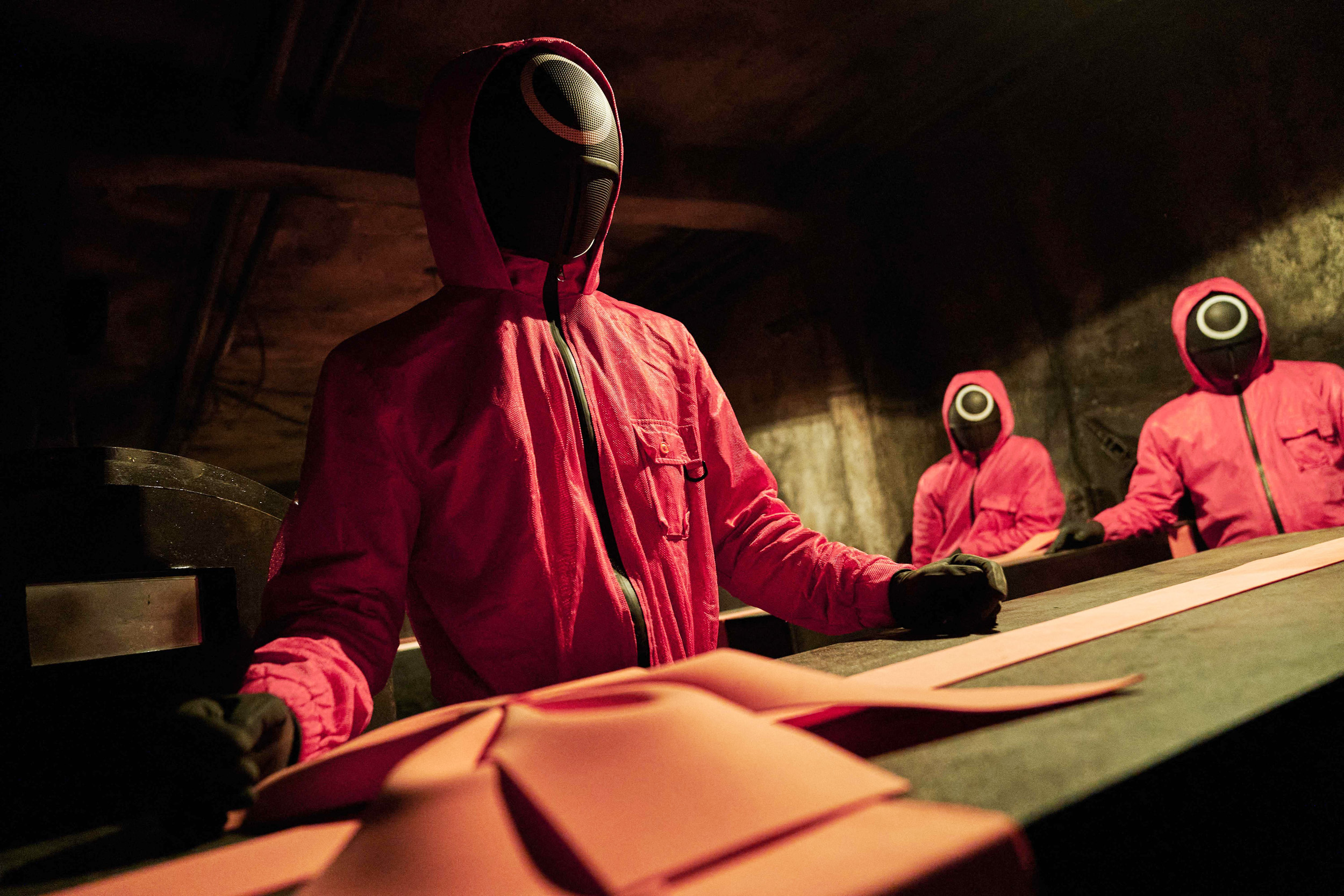 A North Korean propaganda website published an article Tuesday arguing that the series reveals that life in South Korea is “infested by the rules of survival of the fittest, corruption and immorality.”

“The audience feel sad about the reality of South Korean society, which is becoming a brutal situation where humanity is destroyed in the extreme competition,” the article published on the website Arirang Meari said of the dystopian drama.

Made in South Korea, the nine-part series has become a global sensation and Netflix’s most-watched series. It follows 456 cash-strapped contestants, including a North Korean defector, as they compete for some $38 million in prize money by playing a series of traditional Korean children’s games, only to find that elimination from each round means death.

Released last month, the show, though wildly popular in South Korea, also hit a nerve for its cruel depiction of the problem of personal debt and the difficulty of paying it off in the country.

North Korea routinely criticizes South Korean culture and its capitalist system, contrasting it with its false depiction of itself as an egalitarian society.

We apologize, this video has expired.

“Squid Game” follows “Parasite,” the 2020 Oscar winner for best picture, which also focused on themes of inequality in South Korea, following a poor family of grifters who worm their way into the lives of a rich but naïve household.

At the time, the movie was described by one pro-North Korea newspaper based in Japan as a masterpiece that “starkly exposed the reality” of the rich-poor gap in the country, according to Reuters.

Influence from abroad and outside information are seen as threats to North Korean leadership, and the country’s leader, Kim Jong Un, has long been ordering his citizens to shun foreign influence, from fashion to dance moves.

A new law introduced in December calls for up to 15 years in labor camps for those caught accessing South Korean entertainment and threatens the death penalty for those caught distributing it, according to KCNA.

But life in North Korea is far from a socialist utopia. The ruling regime is widely regarded as one of the most repressive on the planet, relying on political prison camps to quash dissent. It is also grappling with food shortages and an economic crisis, worsened by international sanctions aimed at pressuring North Korea to abandon its nuclear ambition.

Saphora Smith is a London-based reporter for NBC News Digital.

Stella Kim is an NBC News freelance producer based in Seoul.