NYC man accused of attacking boy with crutch has 23 prior arrests, including attempted murder

US reunites nearly 700 kids taken from parents under Trump 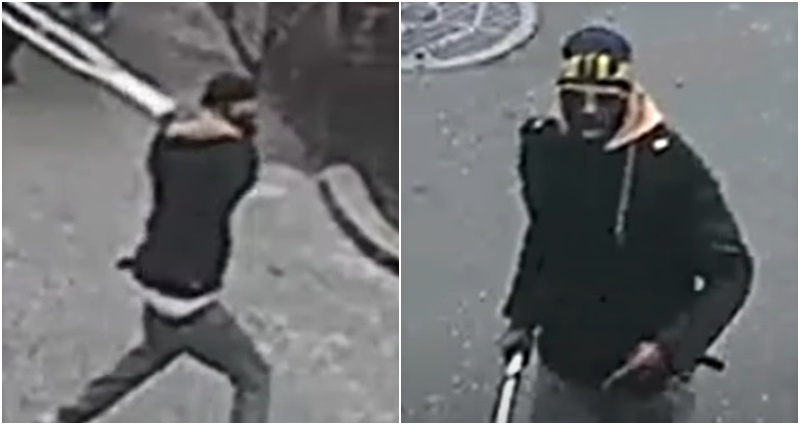 A man arrested in connection with a brutal daytime attack of a 12-year-old Asian boy in Brooklyn earlier this month has been arrested nearly two dozen times in the past, according to reports.

Police said Jamal McIlwain, 28, assaulted the victim with a crutch at the intersection of St. Paul’s Court and St. Paul’s Place at around 7:40 a.m. on Nov. 17. He was arrested on Wednesday after someone reported seeing him acting suspiciously outside an unidentified high school.

Surveillance footage of the attack shows a man in dark clothes running toward the boy and striking him twice with a single crutch. After failing to strike a third time, he “calmly” walks away, leaves the crutch on the sidewalk and heads north on St. Paul’s Place, as per the New York Post.

The young victim, who suffered minor head injuries, was reportedly on his way to school before he was attacked.

More from NextShark: Salon vandalized after being misidentified as business of Orlando woman in anti-Asian rant video

“It’s weird how he ran across the street just to hit me,” the boy told PIX 11. “When he hit me, it took me a few seconds to process what was going on. I tried to block it with this arm and ran.”

McIlwain allegedly spat on a police officer while being arrested last week. He has since been charged with assault and menacing, as well as acting in a manner injurious to a child less than 17.

Sources say McIlwain has 23 prior arrests, according to the New York Daily News. Among them was an attempted murder case in which he allegedly opened fire at someone.

At his arraignment on Friday, McIlwain reportedly claimed that he worked for “NCIS,” which is understood as the crime drama that has aired on CBS since 2003. Given this, defense lawyer Jonathan Fink said it’s “pretty clear” his client “does have mental health issues” and asked for psychiatric evaluation.

Prosecutors asked for bail to be set at $75,000. In the end, Judge Simiyon Haniff ordered that McIlwain be held without bail and requested for psychiatric evaluation, the New York Daily News reported.

The attack, which happened near a church, has left residents terrified.

“It’s kind of sad something like that could happen and we don’t know about it, because a lot of kids live over here. So hopefully he does get caught, because that’s not something you should do,” a resident told CBS New York.

A schoolboy busker has caught the eye of The Smiths’ legendary guitarist, Johnny Marr, after the charming young man covered one...

Yankees’ farm system ranked in top half of MLB by The Athletic, features ‘high-upside guys’

The Yankees finished the 2022 season in first place in the AL East and got a handful of contributions from...

A UN body investigating discrimination complaints lodged by Qatar against the United Arab Emirates (UAE) and Saudi Arabia concluded its...

Dean Devlin explains why ‘The Ark’ isn’t ‘woke’ sci-fi: ‘There’s an attempt to politicize everything now’

See Jake Gyllenhaal as a U.S. Army Sergeant in Trailer for Guy Ritchie’s The Covenant

Jake Gyllenhaal has a big debt to settle in The Covenant. In Guy Ritchie‘s upcoming military thriller, Gyllenhaal, 42, stars...

Serena Williams hadn’t spoken out about Will Smith slapping Chris Rock at the 2022 Oscars until now. (Photo by Kevin...

Brock Purdy explained his case for being the 49ers starting quarterback next season to reporters Wednesday.

Travis Kelce seems to have respect for Cincinnati Mayor Aftab Pureval, despite talking trash to him Sunday.

After Tom Brady's second retirement announcement, could another high-profile quarterback end up in the Bay?

NBA coaches get the final say on who fills out the bench, which will be announced tonight. But that doesn't...

Dan Wetzel, SI’s Pat Forde & Ross Dellenger recap all of the biggest signings and transfers that took place on...

Travis Kelce’s lateral attempt in the AFC Championship Game led to a fumble, but he still nearly tried another attempt...