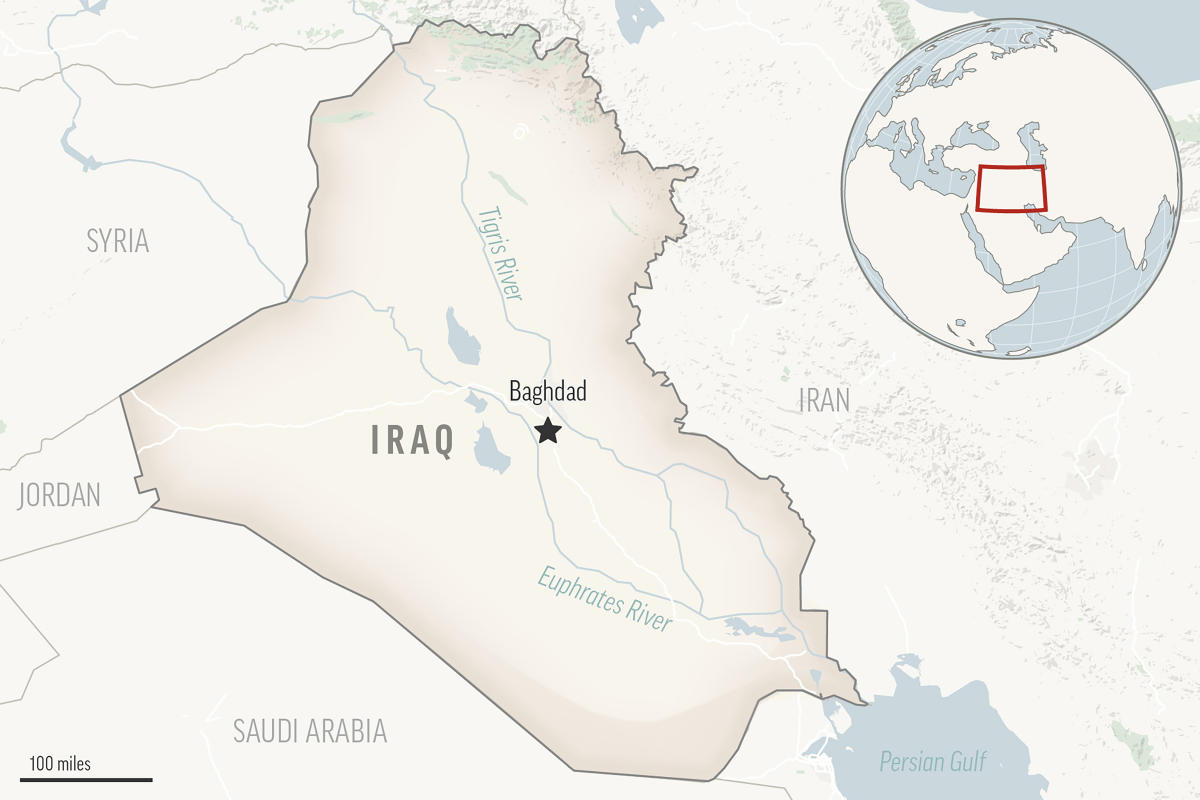 IS fighters in the district of Dibis took the soldiers’ weapons and communications gear and left the scene, security sources said. They spoke on condition of anonymity because they were not authorized to give statements to the media.

It was the first such attack in nearly a year. In January, Islamic State gunmen broke into a barracks in the mountainous al-Azim district outside the town of Baqouba, where they killed a guard and shot dead 11 soldiers as they slept.

Rakan Saeed al-Jiboury, the governor of Kirkuk, told The Associated Press that the attack “is a result of negligence and lack of care by the security forces.”

He added that the site of the attack is an area where authority is divided between the Iraqi army and Kurdish peshmerga forces “so there is no coordination, and (IS) takes advantage of this.”

IS’s territorial control in Iraq and Syria was crushed by a years-long U.S.-backed campaign, but its fighters continued with sleeper cells that have increasingly killed scores of Iraqis and Syrians.

The Americans couldn't complete their comeback in the second half against the Netherlands in a 3-1 loss in the Round...