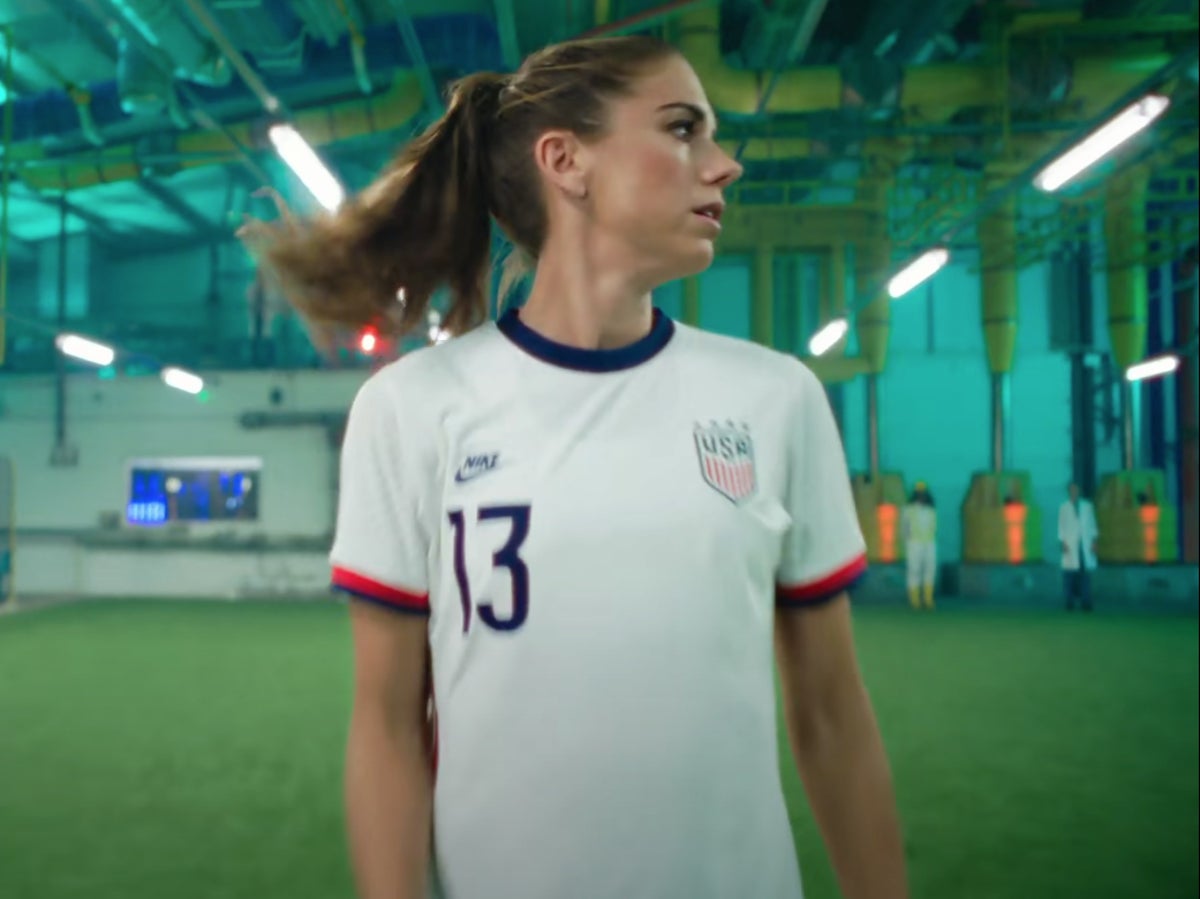 A Nike advertisement released ahead of the World Cup in Qatar has prompted sexist comments from social media users arguing that women football stars such as Team USA’s Alex Morgan shouldn’t appear in the ad because it’s the men’s competition that’s about to begin.

The new ad Nike FC Presents the Footballverse has received millions of views across various platforms and includes players such as Ronaldinho, Kylian Mbappe, Cristiano Ronaldo, Ms Morgan, Sam Kerr, and others.

Teams have started to arrive in Qatar for the controversial World Cup beginning on 20 November. The host nation has been harshly criticised for the terrible conditions for migrant workers building the stadiums as well as the country’s record of human rights violations.

In addition to Ms Morgan and Ms Kerr, Leah Williamson and Carli Lloyd also appear in the video, which seemed to bother some social media users.

“You miss the part when it all turned into a cartoon?” one person responded.

“Don’t explain why there’s women footballers on an advert for the men’s World Cup,” the account holder shot back.

“Well Ronaldo’s in like every Nike advert for women’s tournaments and I didn’t see you complaining then,” another Twitter user responded.

“It’s just a nike advert before the WC, not for the WC,” another account holder noted.

One Twitter user said the ad “was going well till the American woman got involved. Spoilt it all. You can’t have Mbappe, Ronaldo, Ronaldinho & then her. Tried too hard to be inclusive”.

Another account holder made the bizarre claim that “they want to create a one world gender and religion they want everyone to be enslaved NPCs who are exactly the same no more male and female no more ethnicity just slaves to digital currency”.

“Great advert except Ronaldinho in a Barca top and a woman involved for some reason,” one person tweeted.

“Brutal honesty, them women wouldn’t even get a touch of the ball,” another claimed.

Another account holder said Nike “had to ruin it with the women footballers”.

“Imagine watching this ad and complaining there’s women footy players in it whilst saying nothing about time travelling Ronaldinho,” another account holder said.

NBA Fact or Fiction: The Minnesota Timberwolves’ trade for Rudy Gobert is an abject disaster