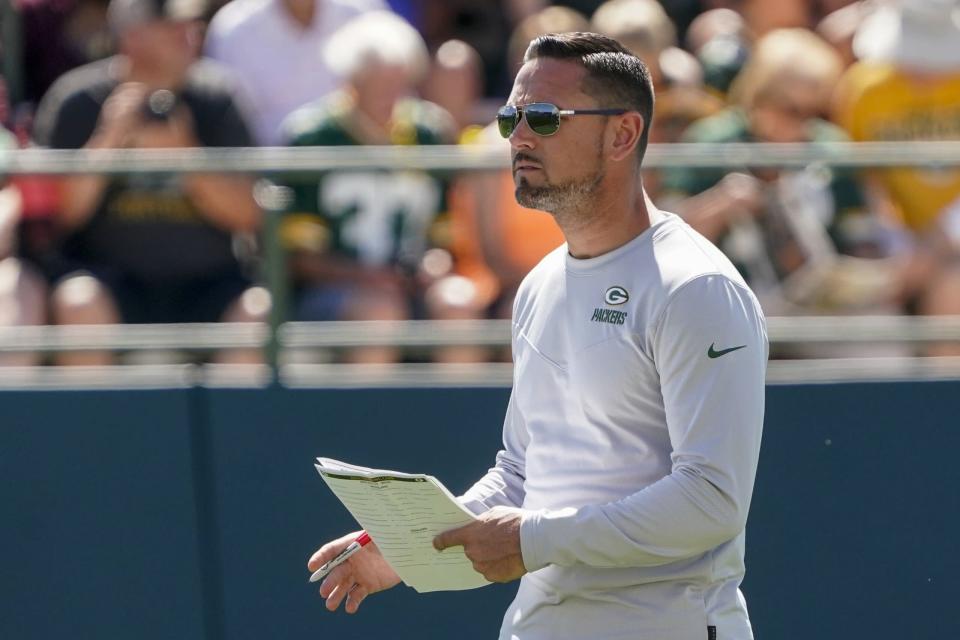 All the issues catching punts during Tuesday’s practice in Green Bay had an explanation: A faulty JUGS machine.

Packers coach Matt LaFleur expressed his frustration with the important piece of practice equipment – which can be used to shoot footballs in the air to simulate a punt return situation – after being asked about the problems catching punts on Wednesday.

“We’re in the market for a new JUGS machine,” LaFleur said. “So if anyone has one out there, they want to donate, or put whatever price you want on it, I don’t care. We have to get a new JUGS machine. I’ve never seen anything like that. That thing was ridiculous.”

All five punt returners were having issues catching the football during a special teams period. When rookie Romeo Doubs finally made a catch of a wayward punt, the crowd at Ray Nitschke Field cheered.

LaFleur blamed the way the JUGS machine was tossing the footballs.

“It was awful. You couldn’t get a ball to turn over. It was damn near impossible to catch. That was not the finest hour for our equipment staff,” LaFleur said.

The machine retails at almost $4,000. It is marketed as delivering “perfect passes, punts and kickoffs to any precise spot on your field. Your players can practice catching perfect spirals or end-over-end ‘kicks’ at any speed or distance you choose from 5 yards to 80 yards.”

Getting a new one shouldn’t be a problem for a franchise with over $500 million in the reserve fund.

The Packers are still attempting to find a punt returner for the 2022 season. Doubs, Amari Rodgers, Randall Cobb, Rico Gafford and Ishmael Hyman are the top five candidates at this point in training camp. But it might be tough to properly evaluate the returners until the Packers can find a functioning JUGS machine capable of sending out the right kind of simulated punts during training camp practices.

For victims, Watson’s punishment is an insult