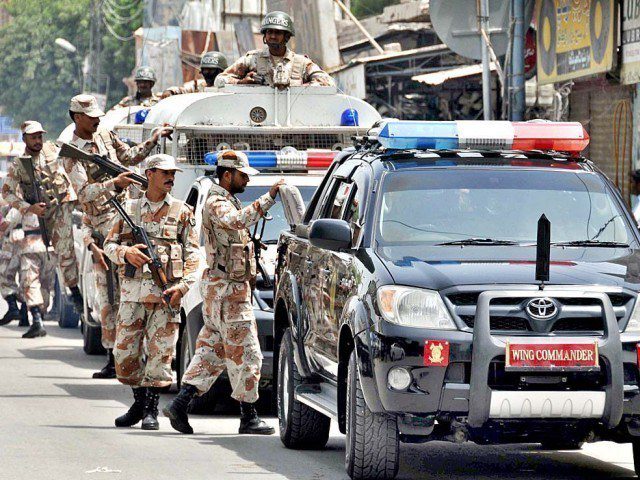 Update on 21 June 2020: CTD has released the pictures of Two attackers who threw crackers on Rangers at Gulistan-e-Jauhar, Karachi on 10 June 2020. Two attackers were in Bike, one wearing Pant shirt second man with Shalwar Kameez, they fleed away after throwing cracker (CCTV). The citizens are requested to inform CTD through telephone number 02199203430 or Rangers helpline 1101 if anyone has any information about the suspects, Your name will be kept confidential and will be rewarded. Cracker Blast mastermind should be arrested as soon as possible. 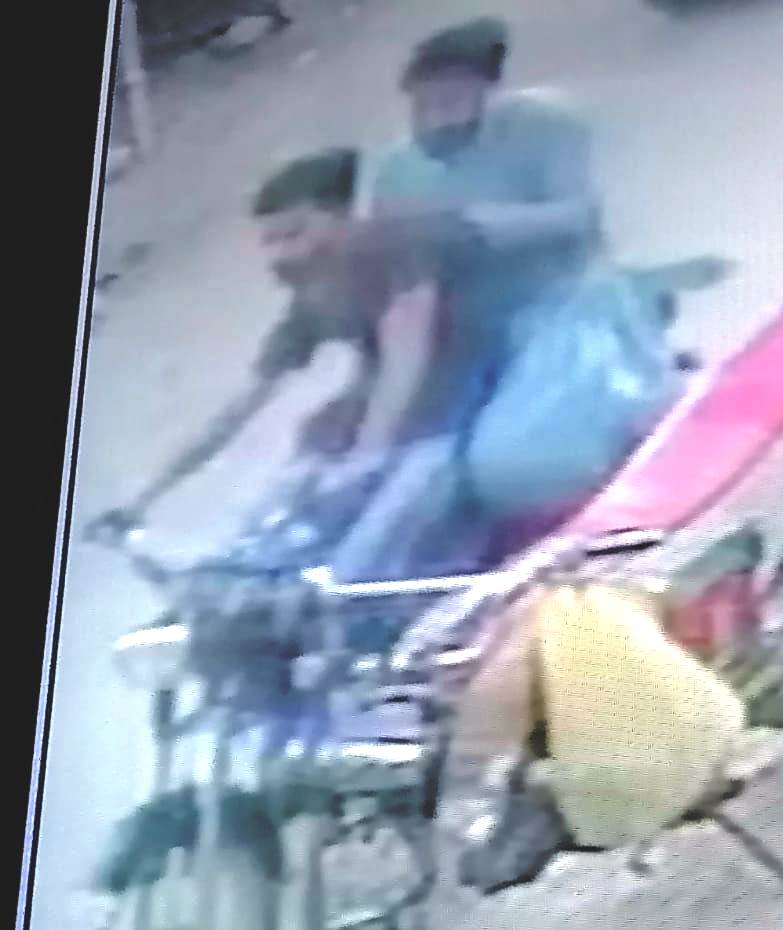 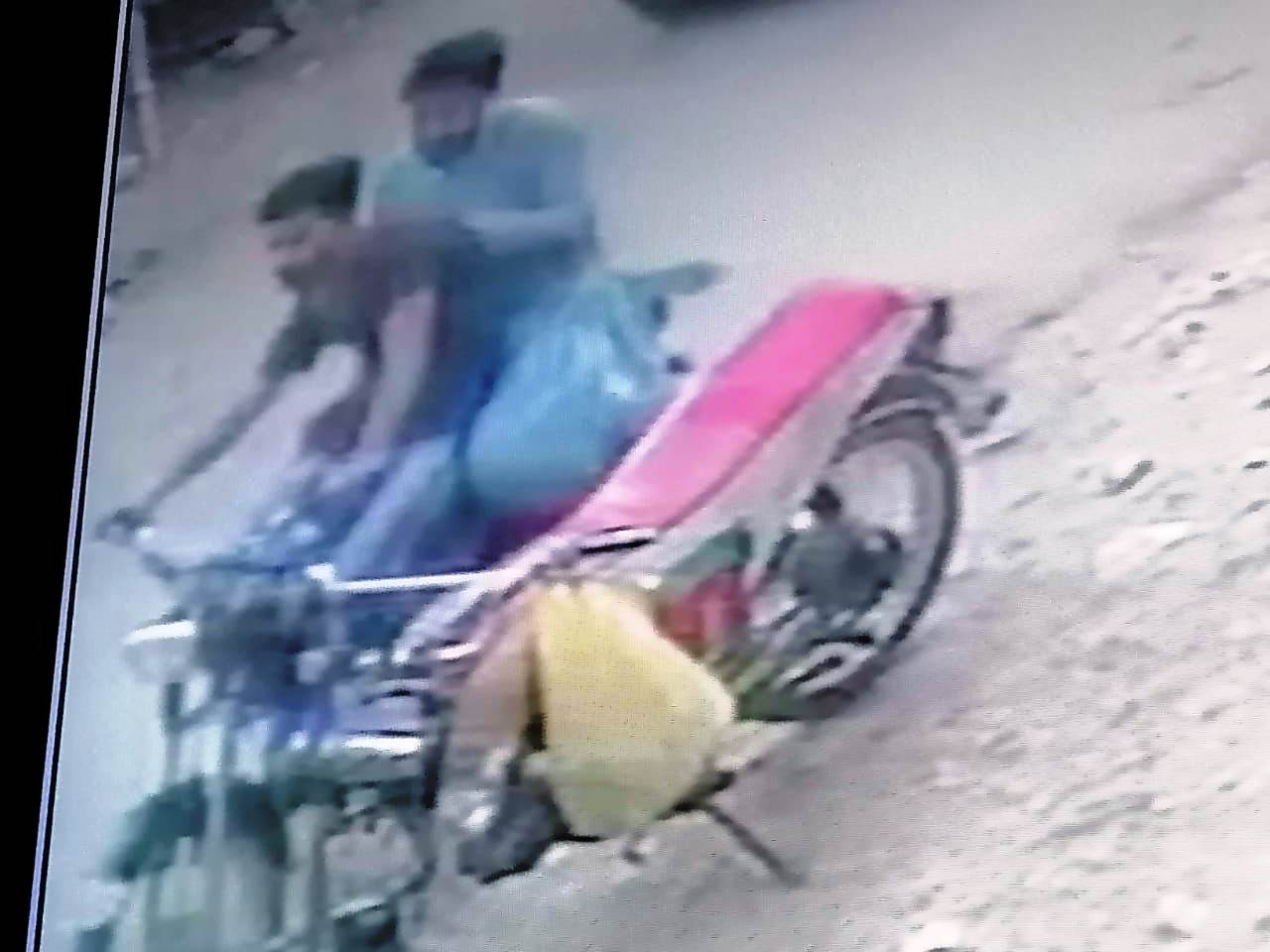 It all started from Gulistan-e-Jauhar when an unidentified motorcyclist attacked a Rangers mobile at Khair Muhammad Goth in Block V. Two men on a motorcycle threw an explosive cracker on Rangers, In which one Rangers soldier Mr. Hussain wounded and this incident caused fear and panic in the area. Law enforcement agencies have cordoned the area and many Rangers mobile including Polie mobile reached the spot and the investigation started. According to the sources, the bomb disposal squad’s initial report said the cracker was homemade and similar to devices used against law enforcers in the past.

Another attack on Pakistan Rangers Sindh same day near a Rangers post at Manzil Pump, Quaidabad, One person Injured in that incident, he was shifted to Jinnah Hospital. 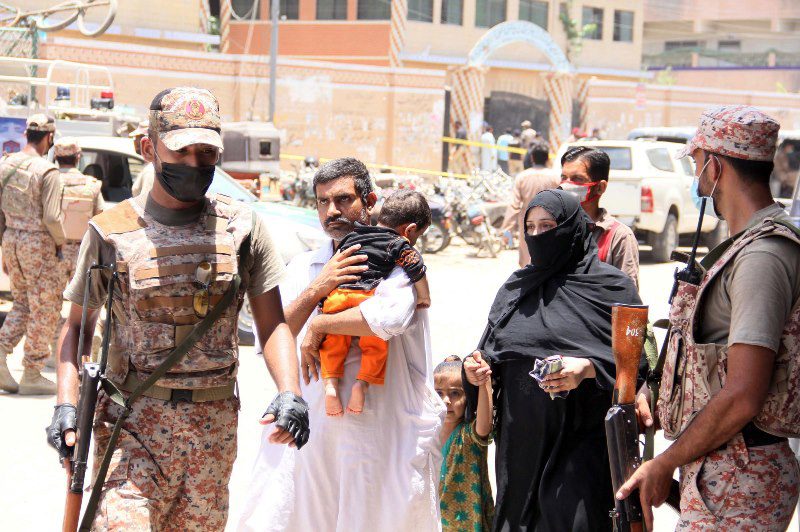 At around 11 AM an unidentified motorcyclist threw an explosive cracker from the bridge of Liaquatabad 10 Number (This bridge goes from Karimabad to Liaquatabad), at an Ehsaas Programme Centre outside Government College a motorcyclist threw an explosive cracker. In this incident, one person was martyred (he was there to collect money from Ehsaas Centre) and almost a dozen people were injured in this horrific incident. One Rangers vehicle which was parked nearby was destroyed completely. The attackers were fled from the site. a heavy contingent of Rangers and police reached the area. Officials are investigating the incident. 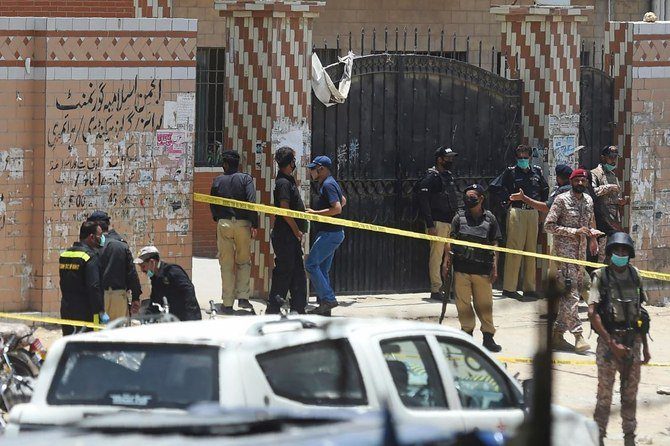 Another incident reported in Ghotki the same day and the attack techniques were the same as in previous attacks. In Ghotki (Sindh) Two Rangers officials were martyred and one civilian was also Martyred.

Rangers Official Zahoor Ahmed and Fayyaz Ahmed Martyred in the Ghotki incident while the civilian Ghulam Mustafa is also martyred. the Rangers personnel were busy purchasing meat when the attacker threw explosives.

Another incident reported at the security checkpoint of Rangers Public School situated at the VIP road Larkana, no one is injured or martyred in this attack.

EMEA TRIBUNE has collected some reports from law enforcement and self-investigation, in which it is confirmed that the banned terrorist organization “Sindhu Desh Republican Army” aka JSQM is involved in this attack. Sindu Desh Republican Army has claimed this responsibility on Twitter, EMEA TRIBUNE is contacting Twitter Policy Managers regarding this incident and will tell them to suspend the handle of a banned terrorist organization.

Update: EMEA TRIUBE has asked Twitter about those accounts and the answer is yet to be received.

This section will help law enforcement agencies to investigate and arrest the mastermind behind these attacks as the details are coming that JSQM and Sindhu Desh have joined a political militant wing of Karachi (it look like MQM), According to the officials, the terrorist nexus is being financed by India’s intelligence agency.

JSQM and Sindhu Desh Republican Army both are the same JSQM chairman Shafi Barfat have admitted his link with Sindhu Desh.

Shafi Barfat has located outside of Pakistan but his handlers are still located in Sindh.

His Twitter account https://twitter.com/shafiburfat in his tweet he said “FIR should be registered to those who are condemning the blast which happened today in Karachi, Larkana, Ghotki” which means he is accepting the blast and he is glorifying the incident and violence.

Sindhudesh Commander Shah Inayat is a mastermind of this attack on Pakistan Rangers Sindh, a spokesperson of this banned militant organization is Sodho Sindhi.

Law Enforcement Agencies including the Federal Investigation Agency can send a subpoena to Twitter (or they can send me an email and I will tell the Agency the procedure). Twitter will send the location and the phone numbers attached to this Twitter account from where the responsibility is coming from.

Pakistan Rangers Sindh is investigating the matter and are working with intelligence agency and police to arrest the culprit, DJ Kamal Mustafa (EMEA TRIBUNE) is condemning the incident and working with law enforcement agency to protect the citizens and Rangers Officials, to my Readers if you have seen any suspicious activity please send an email by going to http://pakistanrangerssindh.org/

Advertisement
Related Topics:rangers
Up Next

PIA Plane Crash Investigation of PK 8303, who was the responsible?

A Lexington man facing a fetal homicide charge allegedly kicked a pregnant woman in the stomach three times during a...

UFC fighters close to Bolsonaro find themselves in spotlight after riots

Here, follow DailyMail.com’s liveblog for all the latest on the Oscar nominations: The news is provided by Daily Mail ©...

Putin says Russian pharmacies are short on some medicines

(Reuters) – President Vladimir Putin said on Tuesday that there were shortages of some medicines in Russia and that prices...