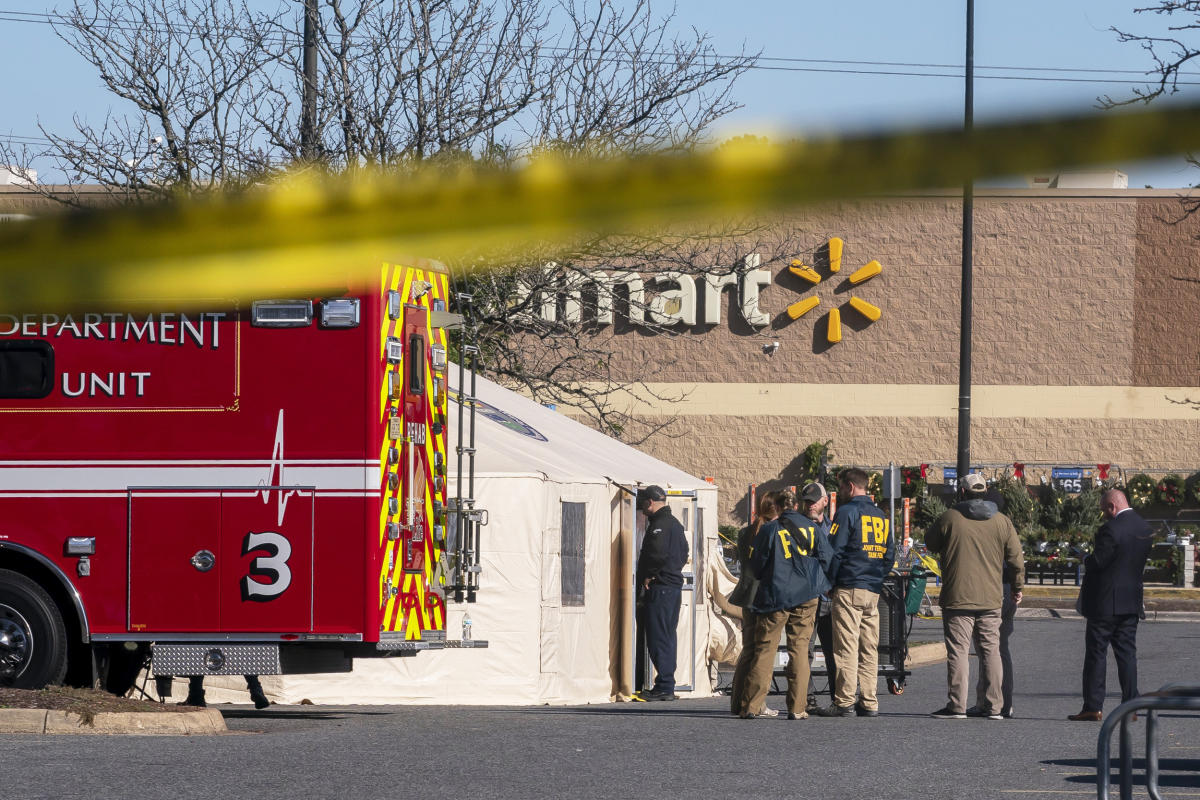 The youngest victim in the mass shooting that killed six at a Walmart Supercenter in Chesapeake, Virginia, was identified by officials Friday as 16-year-old Fernando Chavez-Barron.

City officials previously withheld identifying the 16-year-old, who was an employee at the Virginia Walmart, “due to him being a minor.”

Following a vigil last night honoring the victims of the Walmart shooting, Chesapeake Police are releasing the name of the juvenile victim. It is with great sadness that we confirm 16-year-old Fernando Chavez-Barron of Chesapeake was the juvenile victim in this tragedy. pic.twitter.com/l90Y1GPPe7

Police identified Chavez-Barron following a vigil on Thursday honoring all the victims killed by 31-year-old Andre Bing, an overnight team leader at the Walmart store who had been with the company since 2010.

Family, friends and classmates of Chavez-Barron gathered by a tree close to the store’s front entrance and recited the prayer Hail Mary on the rosary in his memory, NBC affiliate WAVY of Portsmouth reported.

There were believed to be about 50 people in the store when the shooting started, police said.

Shaundrayia Reese, 27, who worked on the overnight stock team with Bing from 2014 to 2018 described Bing as “just weird.”

“He put tape on his phone, on the camera. Always used to tell us the government was watching,” Reese, who lives in Chesapeake, said.

It was the deadliest store shooting since May when a white gunman shot 10 Black people dead in a racist shooting at a grocery store in Buffalo, New York, according to an NBC News tally.