Trump's new label for Ron DeSantis, 'RINO globalist,' has roots in a far-right conspiracy theory about an insidious global network of powerful people 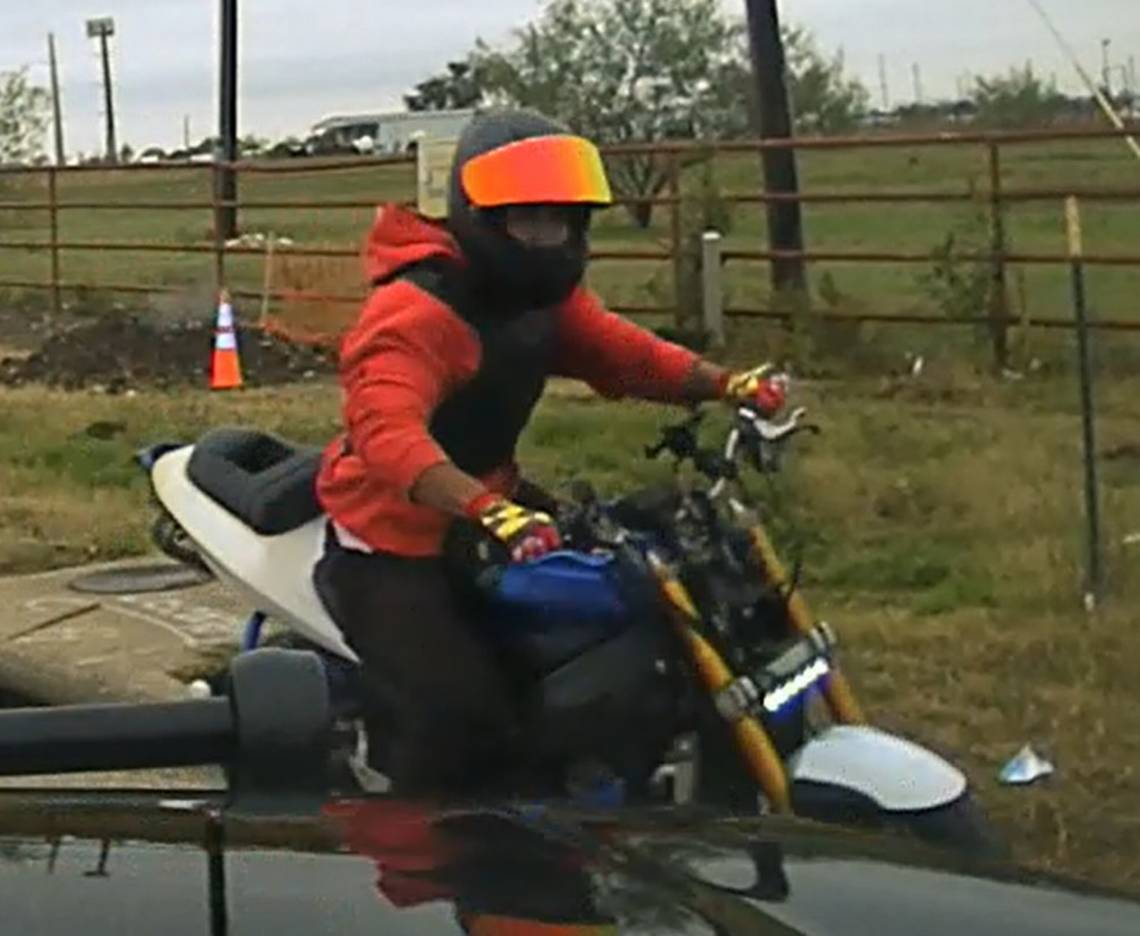 White Settlement police are looking for a suspect who fled when an officer tried to stop him for a traffic violation, officials said.

Shortly after noon on Friday, a police officer attempted to stop a man who was operating a motorcycle without a license plate, according to a news release from the White Settlement Police Department.

Instead of stopping, the suspect led police on a chase that eventually had to be terminated due to the danger to other motorists, according to the release.

Chief of police Christopher Cook called the incident “another blatant disregard for public safety,” in a tweet and asked for the public’s help in identifying the suspect.

Yet again, another blatant disregard for public safety today by this suspect who fled from officers. We need stiffer penalties for criminals who evade officers in a vehicle. If you know who this guy is, give him up 817-246-7070 or 817-469-TIPS pic.twitter.com/ZCZfLMYPx8

Anyone with information can contact the White Settlement Police Department at 817-246-7070, email sperson@wspd.us or call Tarrant County Crime Stoppers at 817-469-8477. Tipsters can remain anonymous.

Texas DPS A 23-year-old New Deal woman was indicted this week by a Lubbock County grand jury in connection with...

WASHINGTON — No classified documents were found during the FBI’s search of President Joe Biden’s beach house in Rehoboth Beach,...

Jimmy Garoppolo seems to be on his way out from the San Francisco 49ers as an unrestricted free agent. Could...

Brady is the reality GOAT. How about fantasy?

Tom Brady's NFL playing career was unmatched in terms of accomplishments and triumphs, but is he the best fantasy quarterback...

3-Pointers: What stood out in Pitt’s 65-64 win over North Carolina?

The Warriors built a 14-point lead Wednesday night in Minnesota but couldn't hold on and lost in overtime.

Check out how the second base position shakes out in our fantasy baseball draft rankings.

All the Super Bowl titles and records might not have happened if Brady didn't listen to then-Wolverines head coach Lloyd...

With Pitt trailing by one point and :27 seconds remaining in the game, the Panthers put the ball in the...