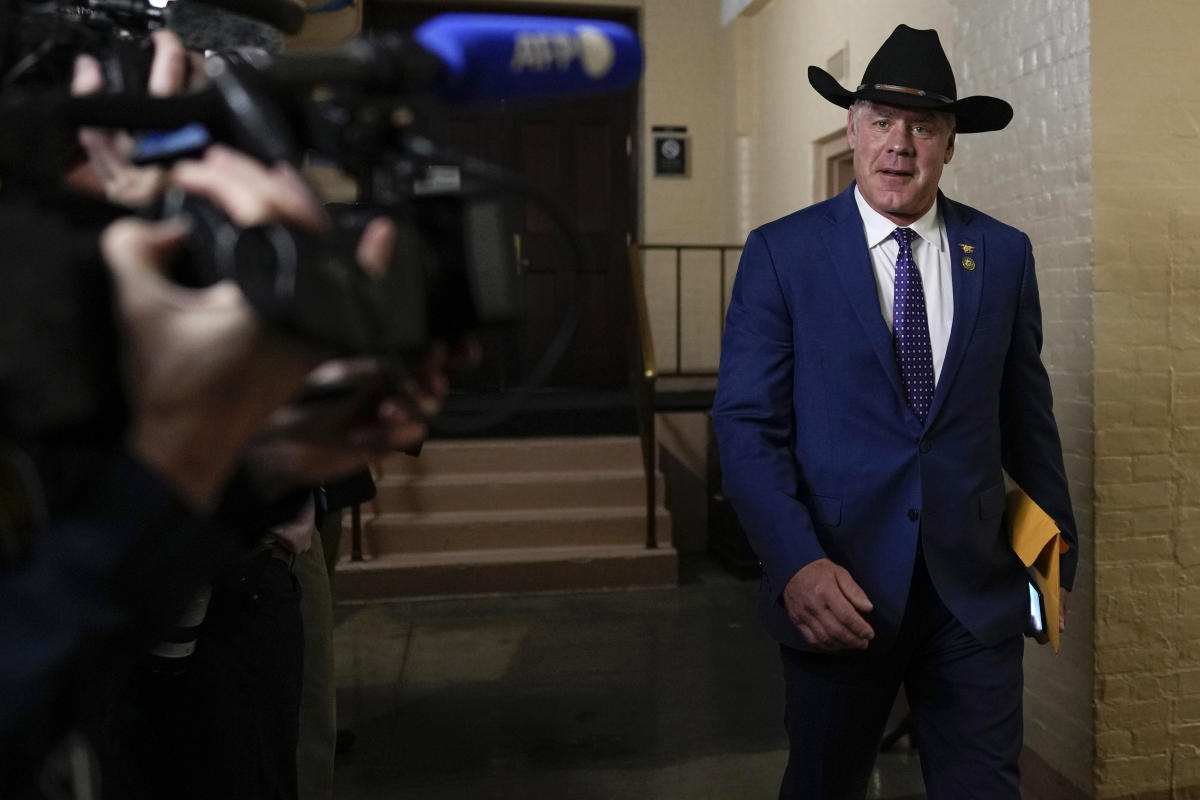 Montana’s two elected House representatives, Matt Rosendale and Ryan Zinke, are already battling it out ahead of a possible statewide showdown — and their state’s Senate race hasn’t even started yet.

The two Montana Republicans have found themselves on opposing sides of the House GOP’s protracted speakership battle, one of two pairs of potential 2024 Senate rivals who have diverged on the question of whether Rep. Kevin McCarthy (R-Calif.) should be speaker. The others: Reps. Jim Banks and Victoria Spartz of Indiana.

After three days and 11 votes, McCarthy has been unable to sway any of his detractors. And some of the 21 Republicans who have declined to support his bid have seen their profiles rise this week as they keep Congress in a holding position.

Senate primaries next year will hinge on a number of differences between candidates, many of them more important. But the vote could become a major factor, especially as Republicans try to win over a bloc of GOP primary voters who take a dim view of the party’s leaders in Washington.

Rosendale, a two-term representative, has been one of McCarthy’s more public opponents, writing in an op-ed for a local paper that he “squandered every opportunity to protect Americans from woke policies.” On Thursday, Rosendale nominated an alternative candidate for speaker on the House floor.

In contrast, Zinke, who won a newly created district last year, is a staunch McCarthy ally and said the debacle was “embarrassing.”

“I didn’t come here to be a soundbite for chaos,” a cowboy hat-clad Zinke said in an interview off the Chamber on Thursday. “In Montana, people want to get things done.”

While he declined to take a specific shot at Rosendale, with whom he said he had “a professional relationship”, Zinke did suggest some McCarthy detractors seemed to be profiting from their opposition.

“A lot of the members you see — before they couldn’t buy an interview,” he said. “And now look at them, some of these members walk around, they got a mob around them and they’re fundraising off it. To me, you have to put your constituents first.”

Both Rosendale and Zinke have not ruled out bids against Sen. Jon Tester, one of a handful of remaining red-state Democrats who are in deep peril in 2024. And national Republicans believe both are seriously considering running, and each would bring their own baggage to the contest.

Montana gained a second congressional seat in 2022, giving Zinke a berth for a comeback bid. He served in the House from 2015 to 2017, when he left to serve as President Donald Trump’s interior secretary — a position from which he later resigned amid several scandals.

Rosendale, meanwhile, lost to Tester in a 2018 Senate race that featured, among other things, carpetbagging claims that stuck with him the moniker “Maryland Matt”.

Privately, some national Republicans see Rosendale’s stand against McCarthy as a move meant to bolster a potential Senate bid. But it also comes with some risk.

His public opposition to McCarthy could perhaps raise his profile, while also boosting his anti-establishment credentials. But it’s unclear how much the average primary voter cares about McCarthy or congressional leadership, and Rosendale could risk angering key donors and the Republican outside groups that aid Senate candidates.

“Truthfully, I didn’t realize he was running for Senate until just a few minutes ago. I had a conversation with somebody,” said Rep. Brian Mast (R-Fla.), a McCarthy ally, who said he was told Rosendale was mulling a run.

“You’d be naive to say that you don’t consider everything you do under a spotlight,” Mast continued, when asked if he thought statewide ambitions were motivating some of the anti-McCarthy Republicans.

Another clash is brewing in the larger Indiana delegation, with both Banks and Spartz considering runs for an open Senate seat.

Banks, the former chair of the Republican Study Committee, is a McCarthy ally. After initially backing McCarthy for speaker, Spartz switched her vote to “present” on the fourth ballot.

She said she made the change to encourage Republicans on both sides to resume negotiations and find a solution. “Stalemate is not an option,” she said.

Asked if her constituents wanted McCarthy as speaker, she said: “People in Indiana don’t elect speakers. They elect us.”

Banks, a veteran elected in 2016, represents a district in the state’s northeast corner. He said he would spend the holiday season weighing a Senate bid for the seat, which is open because incumbent Mike Braun decided to launch a run for governor.

“I only can talk on behalf of myself,” Spartz said when asked if Banks felt Indiana voters wanted McCarthy to be speaker. “But maybe you should ask.”

Spartz, who was born in Ukraine, is also reported to be considering a run for Senate, though she has been quieter on her intentions.

Both Spartz and Rosendale have received backing in the past from the anti-tax Club for Growth, which announced that it would support McCarthy’s speaker bid in exchange for some key concessions. One major one: that the Congressional Leadership Fund, a McCarthy-aligned super PAC, would vow to stay out of open primaries in safe Republican seats.

Still, they are only two among some 20 anti-McCarthy members who have refused to budge for days. Nearly all of them would cite deeply held principles to explain their votes — not potential statewide runs.

But more than a few colleagues have cast doubt on the sincerity of that reasoning.

“Are you saying that there’s egos and attitudes up here? No way,” said Rep. Troy Nehls (R-Texas).

Taiwan’s Tsai visits base as China protests US ship passage