Injury-ravaged Rafael Nadal pulls out of US Open, ends 2021…

Price of crude oil could ‘quite possibly’ rise to $100 per barrel, despite efforts of Russia & OPEC to stabilize market – Putin 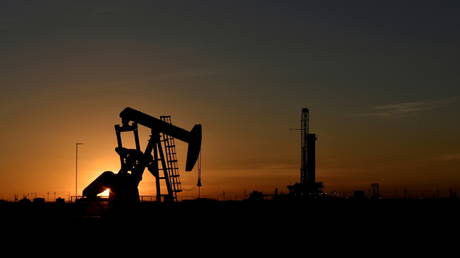 Russia and its OPEC partners are working hard to keep the oil market stable, but it is entirely possible that the price of crude could rise to $100 per barrel, President Vladimir Putin told a Moscow energy conference on Wednesday.

Answering a question from a moderator at the annual Russian Energy Week, held near Red Square, Putin said it was “quite possible” that a barrel could cost a triple-digit sum.

“It is currently rising in price,” he explained. “Russia and our OPEC+ partners are doing everything possible to make the oil market finally stabilize. We are not allowing price hikes. This is not in our interests.”

Higher prices encourage extra shale oil production in the US, meaning that Russia prefers a lower, stable value. As things stand, the price of Brent crude currently sits at $82-83 per barrel.

The president also called for movements in the energy market to be “smooth and balanced,” and explained that Russia is in full compliance with its agreed limits. However, he was also careful to point out that his country has vast energy resources.

“If you look globally, Russia’s reserves are unlimited,” he said. “And we are increasing supplies to Europe even in today’s difficult conditions for ourselves.”

Earlier in the day, Putin also addressed the situation with the country’s gas industry and, in particular, the surge in price seen in Europe as a whole. According to the president, the cost has risen due to a fall in output from wind farms, causing electricity prices to shoot up. This has had a knock-on effect on demand for gas.

Putin’s statement comes after some politicians in Europe accused Russia of limiting its supply of gas to the rest of the continent, with the suggestion that Moscow is seeking to bump up the price.

On the contrary, Russia could well see record levels of exports in 2021, Putin explained.

Horrifying moment woman accidentally kills nephew, 8, after he falls under wheels when hand gets stuck in car door