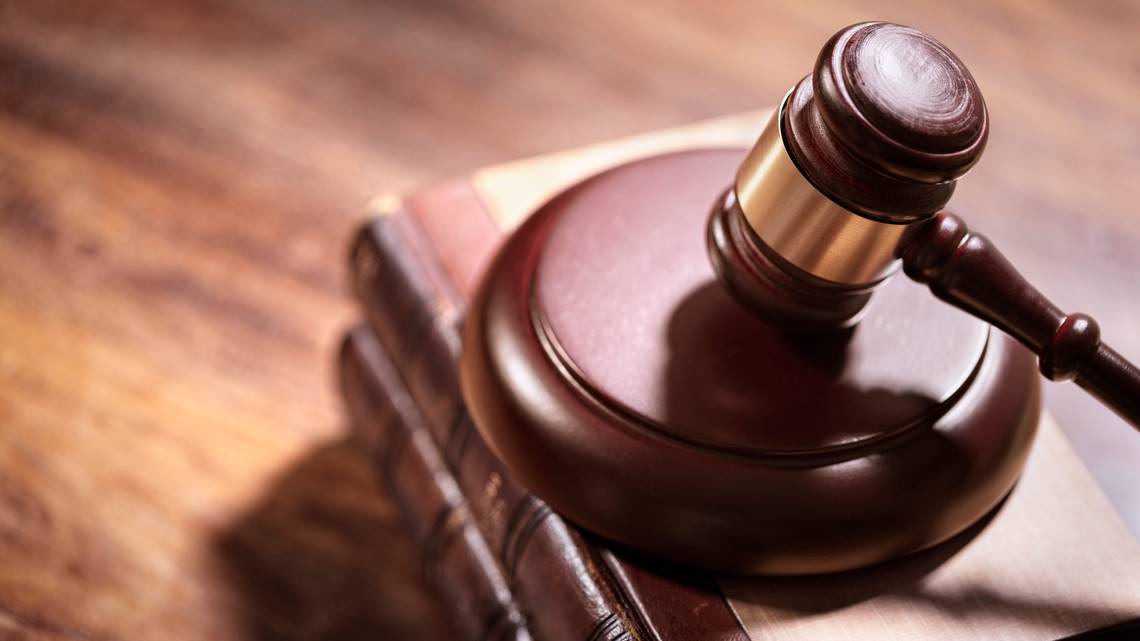 A woman has filed a wrongful death lawsuit after her husband, a Boston University professor and father of three, fell to his death through a broken staircase while he was out for a run.

David Jones tried running up the degraded set of stairs, resulting in his death on Sept. 11, 2021, according to the Suffolk County District Attorney’s Office, which investigated the tragedy and decided criminal charges weren’t “warranted.” The staircase, located at Boston’s JFK train station on Massachusetts Bay Transportation Authority property, was not maintained for over a year and closed off.

Jones was 40 years old when he died, and it is unknown how he ended up accessing the “rusted-out stairs,” the Boston Herald reported.

Now his wife, Sarah Sacuto, is suing the MBTA and the Massachusetts Department of Transportation, which oversees the MBTA, on behalf of herself, her two daughters and son, and the Jones’ estate, according to a complaint. She describes the death of Jones as “premature” and demands a trial by jury.

Jones’ obituary describes his devotion to his wife and children, stating “his death has left a void for his family and community that cannot be filled.”

Sacuto is accusing both state transportation agencies of neglecting the staircase, allowing it to “degrade and fall into disrepair thereby causing it to be a danger to the public,” the complaint states.

She says that her husband’s death was a direct “result of the carelessness, recklessness and negligence” of transportation officials.

Spokespersons for the Massachusetts Department of Transportation and the MBTA declined a request for comment from McClatchy News, saying they will not comment on pending litigation.

After the Suffolk County District Attorney’s Office chose to not pursue criminal charges in January in connection with Jones’ death, a lawyer for the family said that the decision “in no way exonerates those responsible for this wholly avoidable accident that took a good man’s life,” according to WCVB.

The metal staircase near the JFK station had four missing steps, the outlet reported.

Sacuto’s lawsuit argues that the staircase was “so dilapidated that it necessitated condemnation” and that officials at both agencies had a “duty to maintain” it, according to the complaint.

She accuses both agencies of making the stairs inaccessible and posting warning signs to the public only after Jones’ death, the complaint states.

Sacuto is suing on several counts, including negligence and the conscious pain and suffering Jones experienced, according to the lawsuit, which seeks to recover damages.

Jones was a professor of health law, policy and management at Boston University, according to a post from the school mourning his death.

Sacuto described her husband as “the most loving, kind, considerate person” she knew and “the best father,” according to Boston University.

When Jones died, he was working on a novel regarding public health in the Mississippi Delta region following extensive research in the area, according to the university.

The lawsuit comes after the MBTA was named in a separate wrongful death lawsuit filed in late September, McClatchy News reported. This was in connection with the death of the late Emerson College professor Moses Shumow, who was struck and killed by an oncoming train.

Shumow’s widow filed the lawsuit, accusing the MBTA of negligence.

Professor was killed by train at pedestrian crossing. Now widow sues in Massachusetts