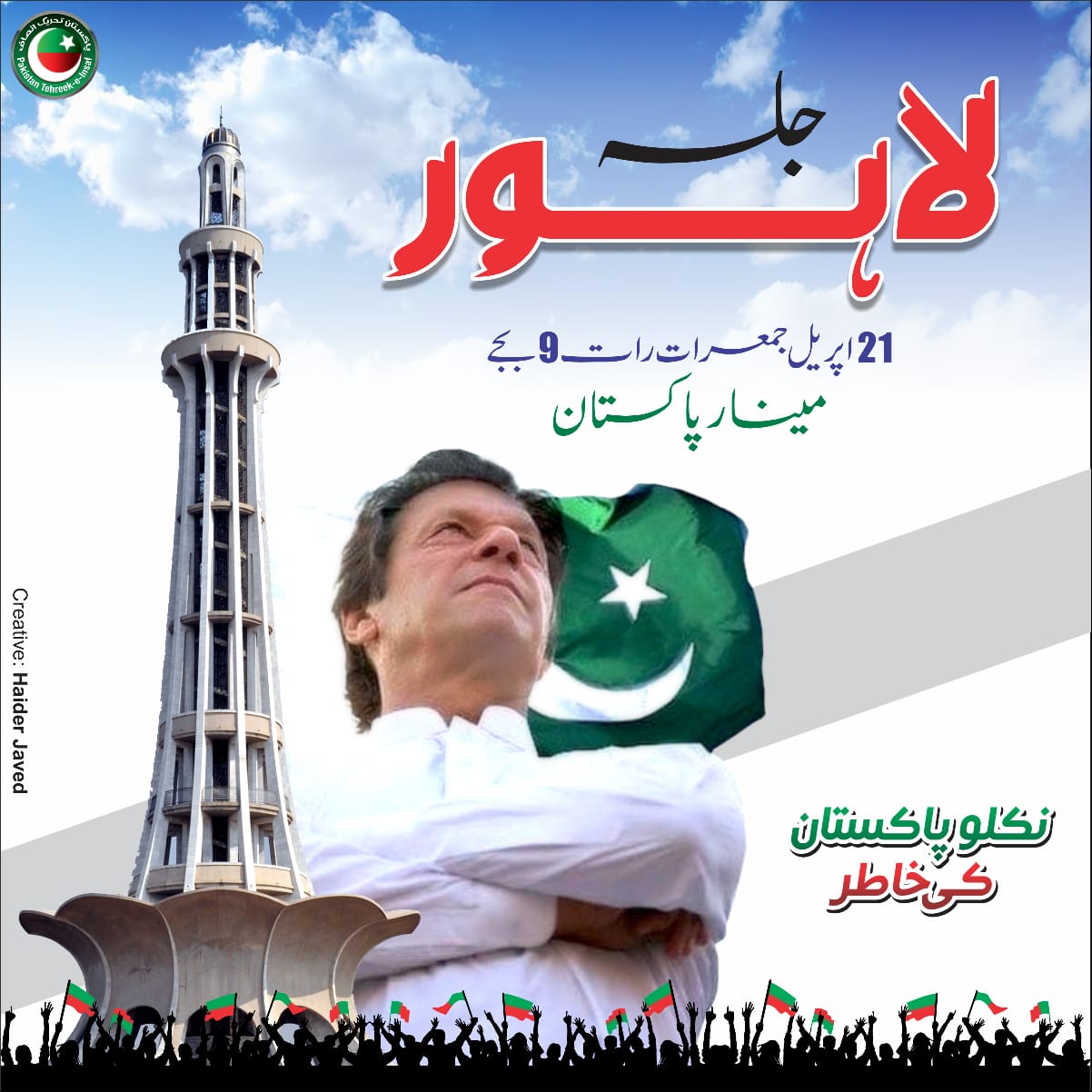 PTI Lahore Jalsa: Imran Khan is currently at the Shaukat Khanum fundraising event and will be leaving for Lahore Jalsa in a few minutes. PTI is holding a big jalsa today at Minar e Pakistan where PTI Chairman Imran Khan will announce future plans and some big decisions to be expected. As per Fawad Chaudhry, the internet service has been blocked in Lahore, and the incident reported internet blockage from the stage.

The Jalsa is massive already, Khan Sahab has not reached the Jalsa gaah and people are still reaching there. Ali Khan and Murad Saeed are speaking to the people at the Jalsa Gah. Hammad Azhar also talked with the audience.

Wow, this is looking massive already and we haven't even reached Jalsa start time of 8pm! I can't wait to see the sights and scenes of this #LahoreJalsa when Chairman Imran Khan is speaking … it's his home town after all! #امپورٹڈ_حکومت_نامنظور pic.twitter.com/tFjlbEihXp 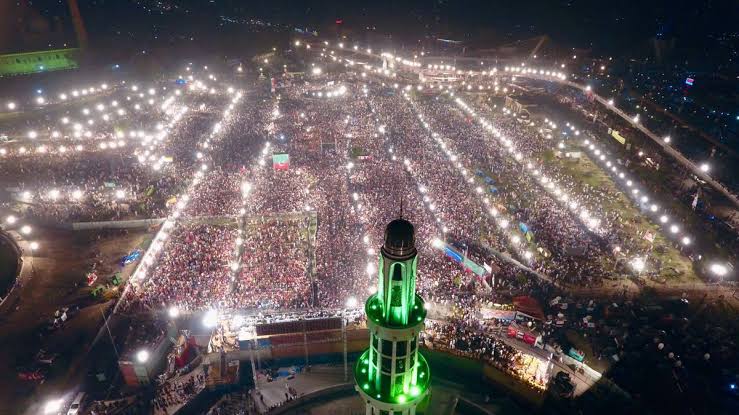 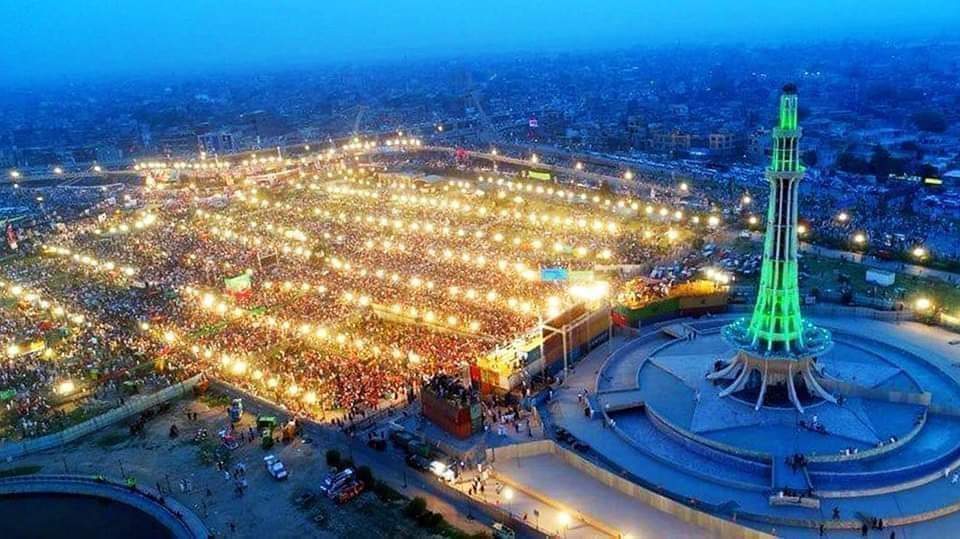 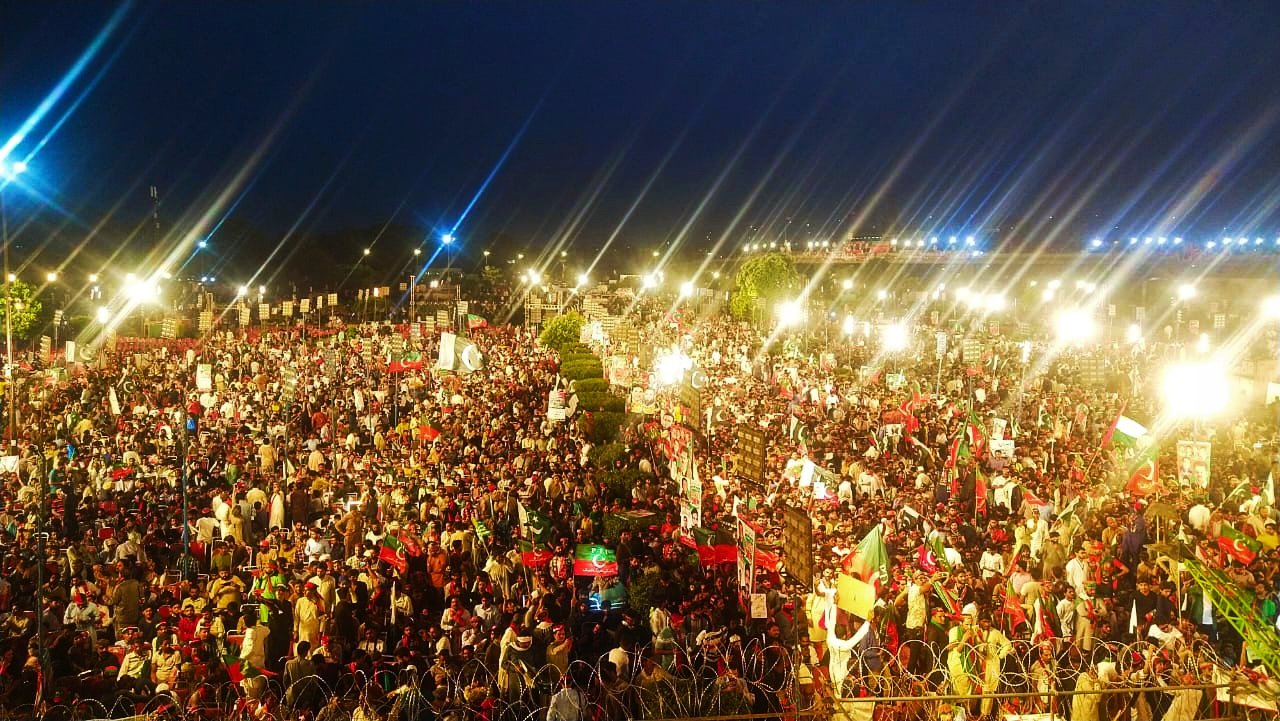 Jalsa Update: Roads leading to the venue are closed due to containers, but people are parking their vehicles and bikes before obstacles to reach the venue on foot. Today’s meeting will be historic. All the surrounding streets will be full of people, says Dr. Arsalan Khalid.

Dr. Yasmin Rashid was speaking with the crowd as people are still coming in large numbers.

During the Coverage of PTI’s Lahore ARY broadcasts in Lahore, Mansehra, Gujranwala, Multan, Jhang, Daska, and Zafarwal were shut down on the cable. ARY has facing blackouts in various cities of Pakistan.

The oath by Chairman PTI @ImranKhanPTI with his Nation in the historic Jalsa! 🇵🇰 #امپورٹڈ_حکومت_نامنظور pic.twitter.com/2hEUSda3Cf