Sialkot: This is the 6th PTI Jalsa before “Ghulami Na Manzoor” March. The Sialkot Jalsa preparation is almost completed and the chairman of PTI Imran Khan reached the Sialkot at 6:30 PM. Earlier, the imported government used the full power source operation against the PTI leadership in Sialkot. Usman Dar and many PTI workers were arrested, later Dar was released but 22 PTI workers are missing/arrested or not released by the police. Imran Khan said earlier to hold the protest in all of the cities of Pakistan tonight. 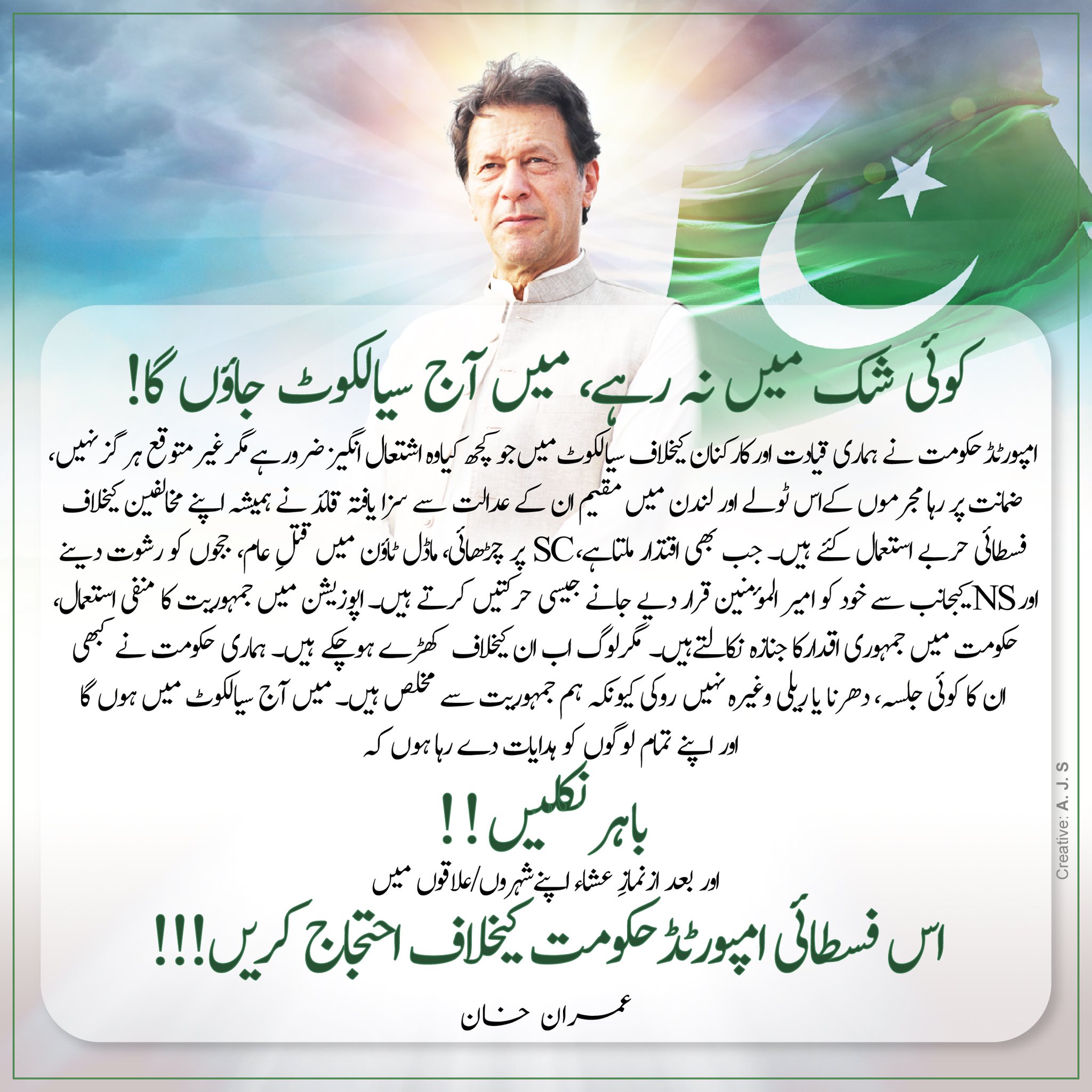 This is an experiment that the Punjab government has done in Sialkot today. They thought that the nation may be frightened by the violence but that’s not happened. This evening we all have to come outside. We have to show them that we are a proud nation and not afraid of thieves, says PTI leader Hammad Azhar. PTI Karachi will hold a peaceful protest in front of Millennium Mall this evening at 7:30 PM.

PTI Karachi will hold a peaceful protest in front of Millennium Mall this evening at 7:30 PM!
Chairman @ImranKhanPTI Sialkot jalsa will be shown live.
Show once again that Karachi stands with its Kaptan!#Imported_government_approved#MarchAgainstImportedGovt#SialkotFightsBack

Imran Khan said They want to kill me, I have recorded a video