Man sentenced to death in Mali for UN peacekeeper killings 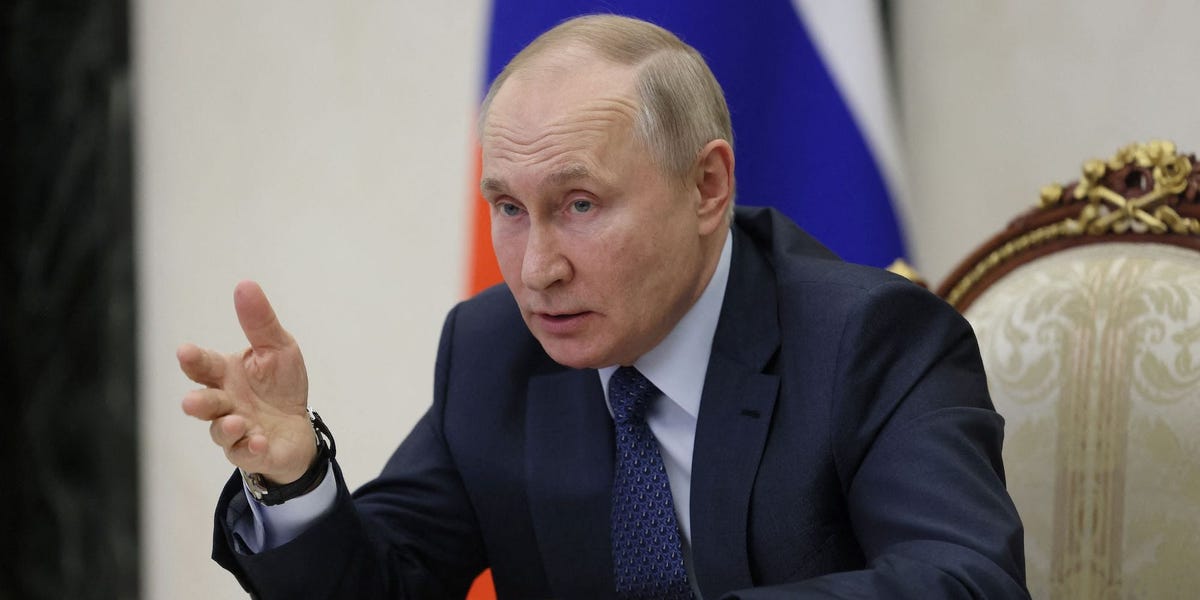 Thanks for signing up!

Access your favorite topics in a personalized feed while you’re on the go.

Russian President Vladimir Putin said on Wednesday, months into a conflict that’s been disastrous for the Russian military, that the war in Ukraine could be a “long process.” In doing so, Putin effectively acknowledged that the war has not gone to plan.

“As for the duration of the special military operation, well, of course, this can be a long process,” Putin explained during a meeting with the presidential Human Rights Council, per Reuters. The war was expected to be over quickly, with Russian victory all but certain.

From the onset of Russia’s unprovoked invasion of Ukraine, Putin has consistently refused to refer to the ongoing fighting as a war — instead calling it a “special operation.” In reality, this conflict in Ukraine is the first major war in Europe since World War II.

In his remarks on Wednesday, the Russian leader also said he saw “no sense” in further mobilization. Putin announced a partial military mobilization of 300,000 reservists in September, a move which was met with public backlash and saw thousands of men flee the country. Numerous reports have indicated that the Russian men drafted into the war as a result of this mobilization were sent to the front line with little to no training and lacked proper equipment.

Throughout the so-called “special military operation,” Putin has largely avoided touching on how long the war might last.

In July, as it was becoming increasingly clear that the war was not going well for Russian forces, Putin said Russia had not “started anything in earnest” in reference to the invasion.

Months later, Russian troops have been pushed into retreat in regions of Ukraine that Putin illegally annexed in September. Russian forces did not fully occupy these territories when Putin announced the illegal annexations, and they’ve continued to lose ground ever since. Last month, Russian troops retreated from Kherson, the first major city Russia captured after the invasion.

Russia was initially expected to quickly defeat Ukraine, with Western assessments in early 2021 suggesting that Kyiv would fall in a matter of weeks, if not days. Reporting has indicated that Russian leadership received similar assessments before the war began. But it’s now widely agreed that the conflict in Ukraine could last years. Both sides have already suffered significant losses, with both Russia and Ukraine each estimated to have seen approximately 100,000 casualties. Meanwhile, talks to end the war appear to be off the table for the foreseeable future.

This week, apparent Ukrainian drone attacks deep into Russian territory signaled that the war may be entering a new phase. Amid those drone strikes, Russia sent another wave of missiles at targets across Ukraine.

Putin on Wednesday warned that Russia would “defend ourselves with all the means at our disposal” and said the risk of nuclear war was growing.

But the Russian leader, who has repeatedly made nuclear threats since the war began, also dismissed the notion Russia would use a nuclear weapon in Ukraine.

“We haven’t gone mad, we realise what nuclear weapons are,” Putin said. “We have these means in more advanced and modern form than any other nuclear country.”

“But we aren’t about to run around the world brandishing this weapon like a razor,” he added.

Kerry: Climate talks should have done more on pollution cuts