Countdown in the offing for political fight over debt

Israel and Palestinians clash at UN meeting as tensions rise

Guatemala ups persecution of those who pursued the corrupt 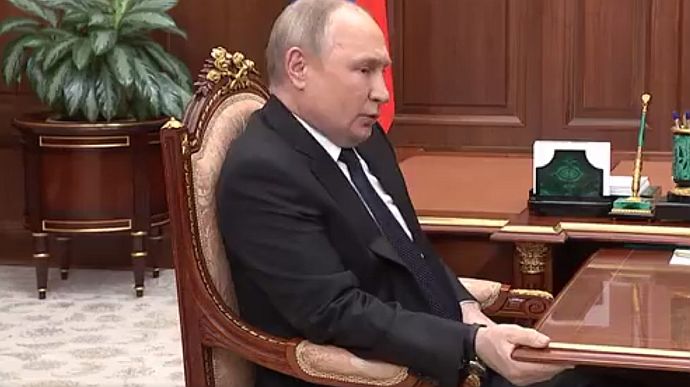 The Danish Military Intelligence Service (FE) believes that Russian President Vladimir Putin is not suffering from a terminal illness, but is experiencing severe chronic pain after several falls and accidents, and this may over time affect his stay in power.

Source: A Danish intelligence officer under the name Joakim in an interview with Berlingske

Details: In its 2021 annual report, the FE said Putin was “very likely” to remain Russia’s leader after the next presidential election in 2024. However, in its report for 2022, it changed this forecast to a less certain one, that Putin is “likely” to remain in power for the next five years.

“But our biggest uncertainty concerns his health, or someone removing him because of his failing health,” the intelligence official said.

FE does not believe that Putin is suffering from a terminal illness, but rather is in severe chronic pain after several falls and accidents.

“That’s why he tends to sit and grab things tightly. It’s to ease the pain,” the official noted.

The publication notes that various media previously reported that Putin was suffering from the effects of a fall from a horse in the 2000s. Later, it was reported that he had also been injured during judo and hockey training over the past few years.

At the same time, FE believes that Putin had previously suffered from a form of cancer and was being treated for it when he started the war, which may have influenced his decision.

FE does not expect Putin to die from the disease he is suffering from. But over time, it may lead to the fact that the Russian elite will want to see a stronger person at the helm.

“It’s our firm impression that part of the elite do see they are heading down the wrong track,” added the Danish intelligence officer.

A Pennsylvania woman was accused of shooting her parents in their heads and dismembering their bodies with a chain saw,...

Which first-timers will break All-Star gridlock?

With a lot of established stars in the league, it isn’t easy attaining All-Star status. That said, these players have...