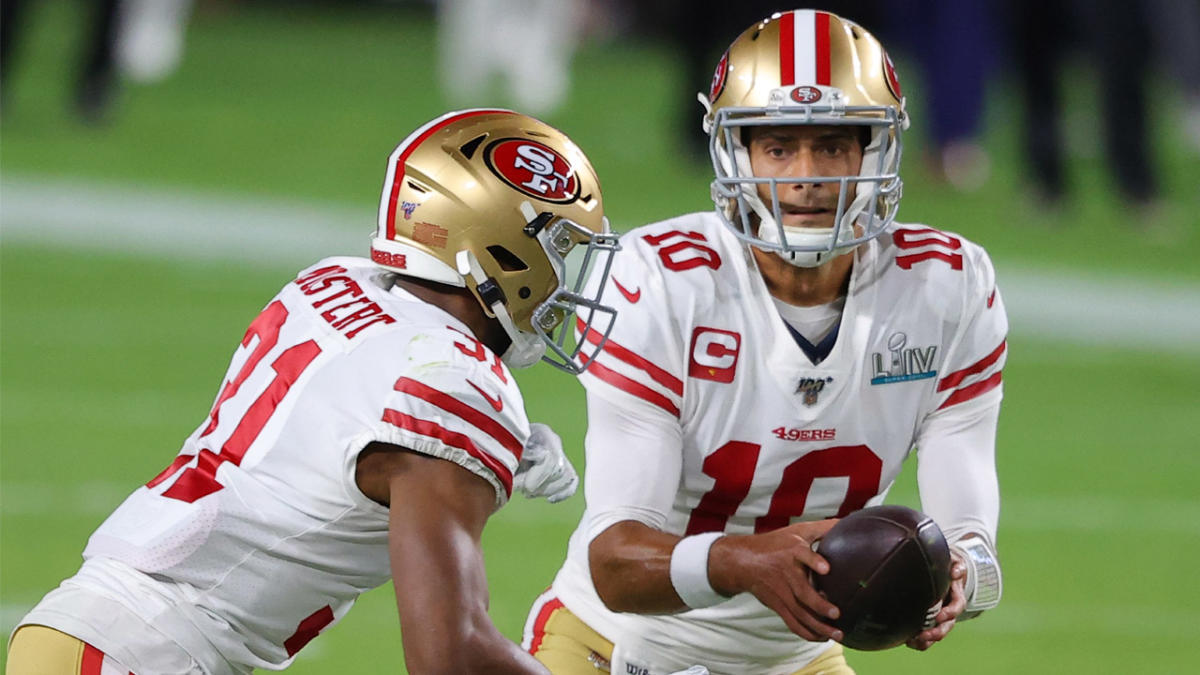 The Faithful were ready to warmly welcome a few familiar faces back to Levi’s Stadium next week. But that homecoming might not be such a friendly reunion for some.

That’s because Miami Dolphins running backs Raheem Mostert and Jeff Wilson Jr. — who were 49ers together from 2018 to 2021 — both recently threw some shade at their former franchise and colleagues.

In Part 2 of a feature series on Dolphins quarterback Tua Tagovailoa, GoLongTD.com’s Tyler Dunne included some quotes from Mostert and Wilson Jr. that took 49ers Twitter by storm Sunday.

“We have way better talent here,” Mostert told Dunne about the Dolphins. “It’s going to get spooky.”

Mostert didn’t hold back in ridiculing the 49ers, and even took a not-so-subtle jab at the man he used to take handoffs from in the Bay. The 30-year-old praised his current field general, Tagovailoa, and at the same time, seemingly took a shot at 49ers quarterback Jimmy Garoppolo.

“We have a quarterback,” Mostert said of Tagovailoa, “who can actually sling it.”

Several hours after the original story was published by GoLongTD.com, Mostert took to Twitter to deny he was disparaging Garoppolo.

After the 49ers chose to not bring back their 2019 NFC Championship Game hero, Mostert agreed to a one-year contract with the Dolphins in March.

Mostert lit up that NFC title game, with 220 rushing yards and four touchdowns in the 49ers’ 37-20 win over the Green Bay Packers and helped San Francisco advance to its first Super Bowl in seven years. But injuries in the following two seasons changed everything.

Mostert played in just eight games in 2020, and in the 49ers’ 2021 opener, he suffered a knee injury that sidelined him for the rest of the season when he opted for surgery — a decision he says the team didn’t like.

He now believes the 49ers used his decision to play it safe against him when free agency hit.

“It isn’t right,” Mostert told Dunne. “And it’s up to the player to step up and say, ‘This isn’t right. I don’t think this is the best of my interest.’ Sometimes, you don’t get that with players. But, for me, that was my case. I knew exactly what I wanted. I knew exactly how I’d handle the situation. I knew exactly — coming off of rehab — what I needed to do in order to get back on the field.”

Wilson’s departure came earlier this month when the 49ers traded the 26-year-old to Miami for a 2023 fifth-round pick at the NFL trade deadline shortly after acquiring star running back Christian McCaffrey from the Carolina Panthers.

The 49ers’ need for Wilson — who had spent his entire five-year career to that point in Red and Gold — was almost instantly reduced by McCaffrey’s arrival. Wilson admitted to Dunne that each side “had to make a business decision” with the trade, and added there were “no hard feelings” between him and the 49ers.

“Even a blind man could see what we’re doing,” Wilson told Dunne. “They’re still a great team. I’m not taking anything away from the 49ers. They’re one of the best teams in the league. I’ve been around them. I’ve practiced with all the players.

What was best for Wilson was reuniting with ex-49ers offensive coordinator Mike McDaniel, who became the Dolphins’ head coach in 2022, as well as former teammate and backfield mate Mostert, who now happens to be all that again, plus a locker mate, in South Beach. Wilson has scored three touchdowns in his three games with Miami, and Mostert leads the team with 543 rushing yards and four 20-yard-plus runs in 10 games.

There’s no doubt Mostert and Wilson will use the past as motivation when they face the 49ers next week.

“I’ve got to turn up,” Mostert told Dunne. “Former employers? They’ve got to come see about me. Me and ‘Jefe’ are gonna go crazy.”

In the end, the NFL is a business, and players know that. But that doesn’t mean it’s without drama.

Get your popcorn ready.