Rep.-elect George Santos set to be sworn in amid controversy

As revelations grow on Joe Biden's handling of classified documents, here's what we know so far

Phill Casaus: The buck stops with DA, but not over 'Rust' 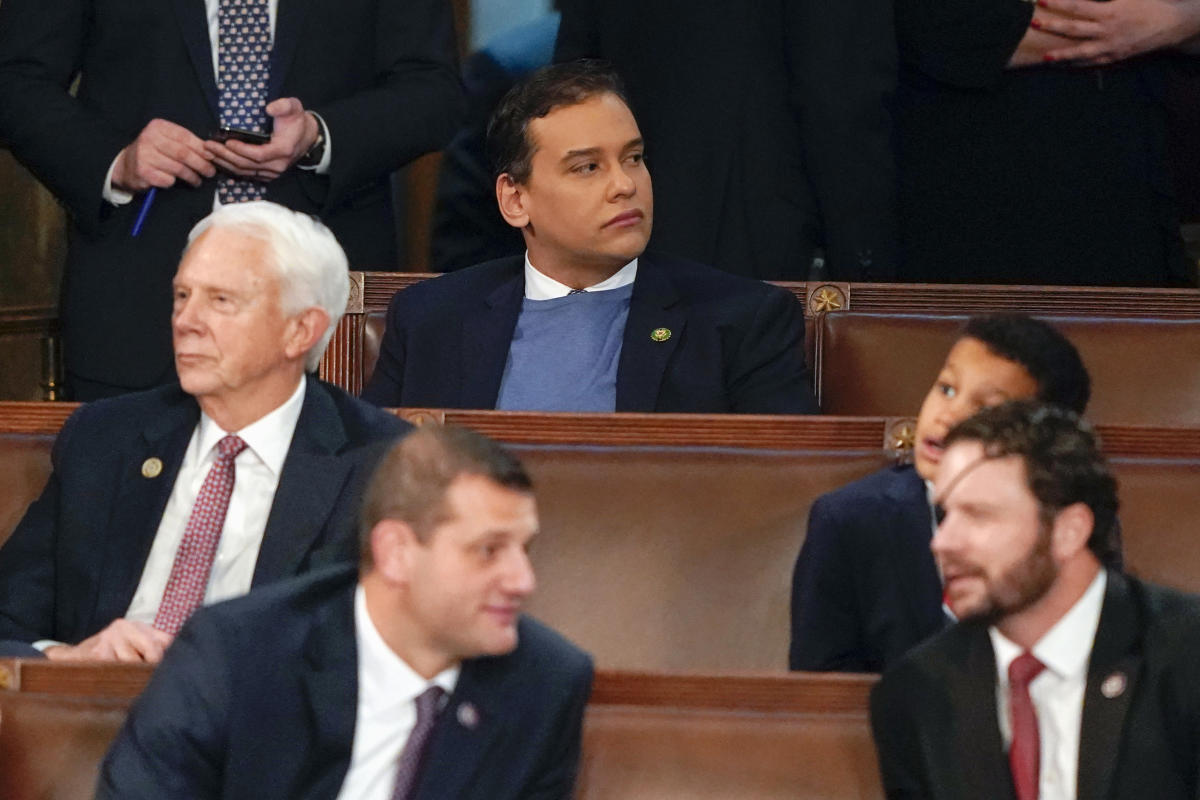 NEW YORK (AP) — Embattled Rep.-elect George Santos was set to be sworn in Tuesday despite a spiral of investigations from federal and local prosecutors into his campaign spending and lies about his family history, resume and education.

The incoming Republican congressman from New York declined to respond to questions from reporters inside and outside the Capitol, including one question about whether he planned to resign. Santos was spotted sitting by himself on the Republican side of the House floor ahead of Tuesday’s vote for House speaker.

Initially, the victory by Santos, an openly gay Republican who flipped a Long Island House seat held by Democrats for a decade, was seen as one of his party’s bright spots in an otherwise underwhelming midterm election. But as reports began to emerge that he had lied about having Jewish ancestry, a career at top Wall Street firms and a college degree, Santos turned into a distraction and embarrassment to the party as they prepare to take control of the House.

While some fellow Republicans have called for ethics investigations or for Santos to resign, GOP House leaders, including Kevin McCarthy, who is running to become the next House speaker, have notably remained silent. For his part, Santos apologized for his fabrications but downplayed them as “sins” over embellishing his resume, telling The New York Post that “we do stupid things in life.”

Santos, like other new members of Congress, cannot be sworn in until there’s a new speaker.

Santos’ financial disclosure forms show that he accrued a quick fortune despite recent financial problems and that he spent large amounts of campaign funds on travel and hotels.

Federal prosecutors in New York have started to examine Santos’ background and his financial dealings, a person familiar with the matter told The Associated Press.

The New York attorney general’s office said it’s looking into the allegations surrounding Santos, while local districts attorneys’ offices in Queens and Long Island have also said they are reviewing whether Santos broke any laws.

The New York Times uncovered records in Brazil that show Santos was the subject of a criminal investigation there in 2008 over allegations that he used stolen checks to buy items at a clothing shop in the city of Niteroi, which is near Rio de Janeiro. At the time, Santos would have been 19. The Times quoted local prosecutors as saying the case was dormant because Santos had never appeared in court.

Santos has denied that he was being sought by authorities in South America.

But in a statement Tuesday, state prosecutors in Rio de Janeiro said now that Santos’ location is known they will petition to reopen the case.

Democrats in Congress are expected to pursue several avenues against Santos, including a potential complaint with the Federal Election Commission and introducing a resolution to expel him once he’s a sitting member.

Until 2020, Santos had no assets and an income of $55,000 from LinkBridge Investors, according to financial disclosure statements filed with the clerk of the House.

Two years later, in a similar filing, Santos reported income between $1 million and $5 million for each of 2022 and 2021 — all coming from the Devolder Organization, of which he had total interest. He described the entity as a “capital intro consulting company.”

Federal campaign records show that he loaned his campaign more than $700,000.

The North Shore Leader, a local newspaper on Long Island, raised questions before the election about Santos’ finances and campaign spending, a report that drew little notice at the time. In announcing it was endorsing his opponent, the newspaper cited Santos’ behavior and called him “sketchy” and “most likely just a fabulist — a fake.”

But his statements about background, his financial disclosures and campaign spending didn’t attract widespread attention until December, when The New York Times examined the narrative that Santos presented to voters during his campaign.

Since then, Santos has admitted lying about working for Citigroup and Goldman Sachs, as well as having earned a degree in finance and economics from Baruch College in New York.

Beyond his resume, Santos invented a life story that has also come under question, including claims that his grandparents “fled Jewish persecution in Ukraine, settled in Belgium, and again fled persecution during WWII.”

During his campaign, he referred to himself as “a proud American Jew.”

He backtracked on that claim, saying he never intended to claim Jewish heritage, which might have raised his appeal among his district’s significant ranks of Jewish voters.

“I never claimed to be Jewish,” Santos told the Post. “I am Catholic. Because I learned my maternal family had a Jewish background I said I was ‘Jew-ish.’”

US News to change ranking system after law schools’ boycott

DENPASAR, Indonesia (AP) — A direct flight from China landed in Indonesia’s resort island of Bali for the first time...

A lifelong ambition of 16-year-old Kaloenic Ilac, or Kale, has been to travel to New York and visit the UN....

All five inmates who escaped from a Missouri jail this week were in custody as of Saturday morning, the St....

As revelations grow on Joe Biden’s handling of classified documents, here’s what we know so far

WASHINGTON — The revelation that the FBI found additional classified documents after a Friday search of the president’s personal residence...

Jalen Hurts has thrown for a pair of touchdowns to stake top-seeded Philadelphia to an early lead over New York....