Raiders could be holding Derek Carr for a while

What is Tom Brady's place among the 5 greatest QBs in NFL history? 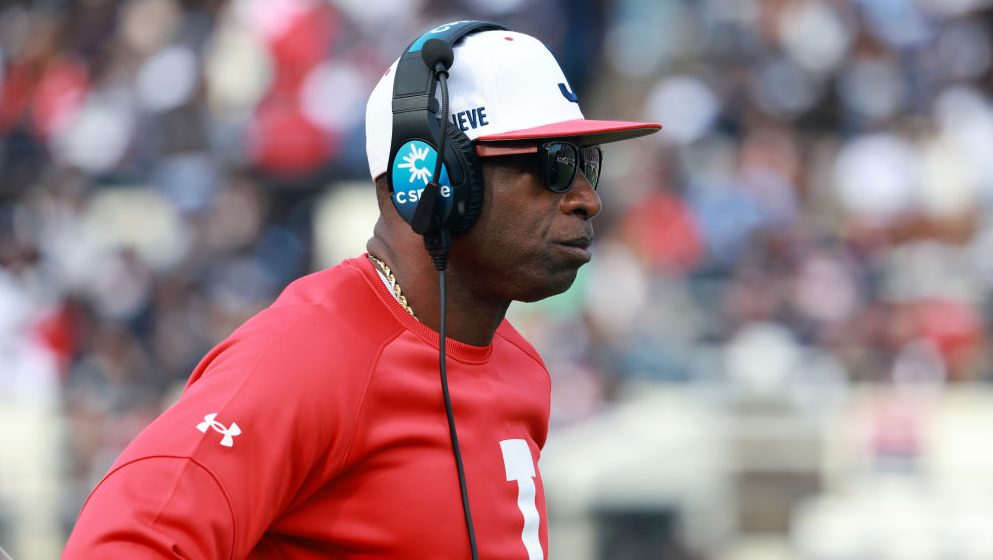 Pro Football Hall of Famer Deion Sanders may be ready to take a step to a bigger college coaching job.

Sanders, who is currently the head coach at Jackson State, has been offered the head-coaching job at Colorado and has interest in the job, according to Bruce Feldman of Fox Sports.

Sanders’ track record at Jackson State has been impressive. Taking over a team that went 4-8 the year before he arrived, Sanders went 4-3 in the COVID-shortened 2020 season, then went 11-2 in 2021 and is 11-0 so far this season. It’s easy to see why a Power 5 school like Colorado would be interested in his services.

Once a national powerhouse, Colorado has fallen on hard times recently. The Buffaloes are 1-10 this year and have finished below .500 in 16 of the last 17 seasons.

Fantasy Football: Sit/Start tips for Week 12 of the NFL season

Thousands of mourners have descended on a Memphis church to pay their respects to Tyre Nichols, the 29-year-old unarmed black...

DeSantis Takes On the Education Establishment, and Builds His Brand

Patricia Okker, facing camera, president of New College of Florida in Sarasota, is embraced by a supporter on Tuesday, Jan....

Raiders could be holding Derek Carr for a while

Las Vegas hasn't given Derek Carr permission to try to find a trade partner, which could potentially be a problem...

‘Your pain is my pain’: Pope consoles victims of Congolese atrocities

Pope Francis visited his flock in the Democratic Republic of Congo in an intimate mass that gave the opportunity for...

The Rock and Roll Hall of Fame 2023 Nominations: The Snubs, Surprises, and Long Shots

Jane Fonda says her eating disorder took over her life: ‘If I keep on like this I’m gonna die’

Jane Fonda opens up about the severity of her struggle with bulimia and anorexia. (Photo: Getty Images) Jane Fonda is...

Priscilla Presley’s Son Navarone Garcia Breaks His Silence: ‘People Know About Me, But They Don’t Know Me’

Tom Brady is looking back on memorable moments with his family after announcing his retirement from the NFL. Sharing photos...

Bryson DeChambeau underwent another surgery last month to alleviate an issue that has caused vertigo over the past few years.

Ran Carthon came to the Titans in January after serving as an executive with the 49ers. Here's who he could...

The Big 12 released its long-anticipated 14-team schedule, which includes its four new members for 2023 along with Oklahoma and...

Greg Smith/Inside Nebraska According to a report from CBS Sports, Nebraska head coach Matt Rhule filed an arbitration suit against...

The money the Panthers owe Rhule over the remainder of his original contract with the team is greater than what...

The comebacks, the records, the rings. Tom Brady's career, as unlikely as it seemed as the 199th pick in the...

What is Tom Brady’s place among the 5 greatest QBs in NFL history?

Tom Brady's retirement brings back the argument about who is the greatest QB ever.

Neither CBS Sports nor Tony Romo has commented on the social media fervor as of Tuesday morning.