Ron Rivera: I made a gaffe, not realizing we could get knocked out of the playoffs

NHL rumors: Bruins 'believed' to be in the market for a left defenseman 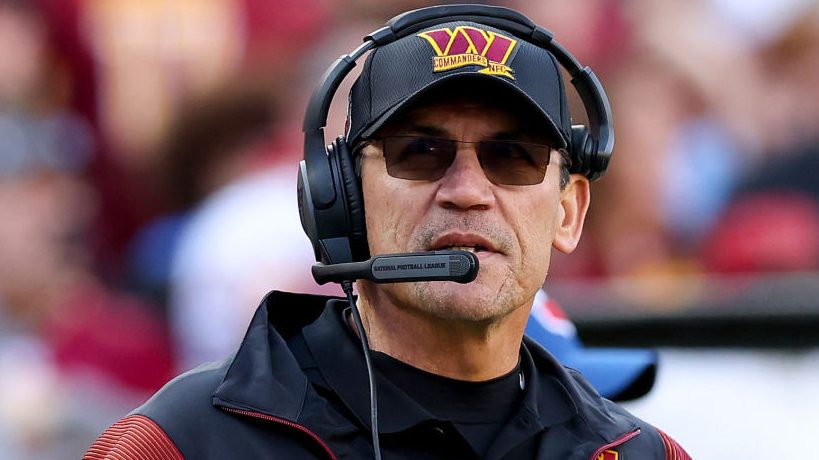 Commanders coach Ron Rivera acknowledged today that he wasn’t aware until after Sunday’s game, when a reporter asked him about it, that his team could be eliminated from playoff contention.

The Commanders are now mathematically eliminated, following their loss Sunday and wins by the Lions and Packers, and today Rivera said the reason he didn’t know that was possible is that he was solely focused on winning. Rivera added that he thought the Commanders would win and that their game against the cowboys would get flexed into Sunday Night Football.

“I know I made a little bit of a gaffe yesterday, not realizing that we could get knocked out of the playoffs, but to be honest with you, I never thought that we would lose. I was anticipating winning. I was anticipating our game getting flexed to Sunday at 8:30,” Rivera said.

It didn’t work out the way Rivera anticipated. The Commanders have one game left to play, but their postseason hopes have come to an end.

Ron Rivera: I made a gaffe, not realizing we could get knocked out of the playoffs originally appeared on Pro Football Talk