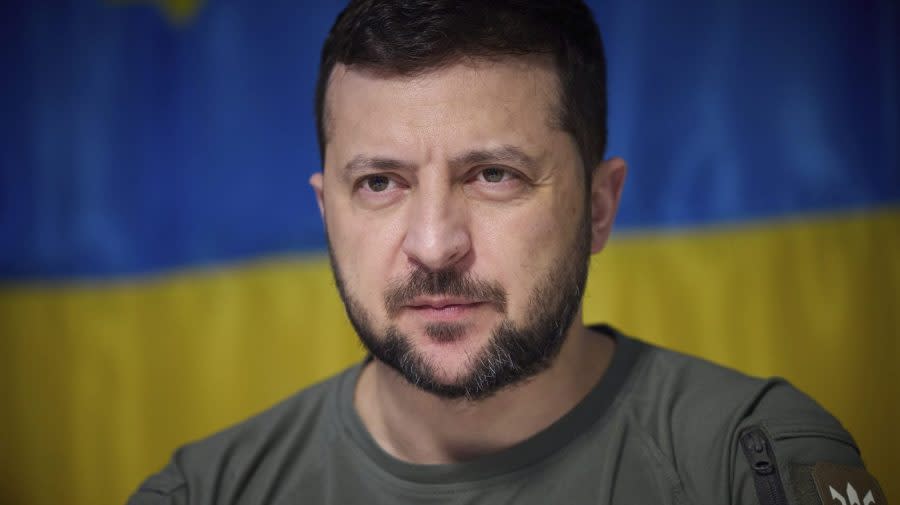 Russia is expected to oppose a proposal for Ukrainian President Volodymyr Zelensky to address the U.N. General Assembly via a pre-recorded video, Reuters reported.

A spokesperson for Ukraine’s mission to the U.N. told The Hill that 38 countries have co-sponsored a draft decision to permit Zelensky’s video, and the General Assembly will consider the measure by the end of the week.

“Zelensky travels perfectly well around the country … but he can’t come here,” Russia’s ambassador to the U.N. told reporters, according to Reuters. “And if you can’t come, that means you send your representative to speak at the General Assembly.”

The United States granted Russian Foreign Minister Sergei Lavrov’s visa request to attend the meeting, but only approved about half of the delegation Moscow desired, Reuters reported on Tuesday.

World leaders have addressed the General Assembly virtually for the past two years due to the COVID-19 pandemic but are set to return in person for the annual gathering in New York City in the coming days.

Ukraine’s U.N. mission circulated a note to the 193 members of the General Assembly saying Zelensky cannot travel to New York due to the ongoing war, Reuters reported.

The Hill has reached out to the Russian mission to the U.N. for comment.

As the war continues into its seventh month, the Ukrainian military has begun a major counteroffensive, pushing back Russian forces from 6,000 square kilometers of territory they previously controlled in the northeast, Zelensky said.

On Thursday, Zelensky visited the city of Izyum, a key Russian military stronghold that Ukraine liberated as part of the counteroffensive.

The war is likely to be a dominant issue at this year’s General Assembly, though Russia is able to block UN actions it opposes with its seat on the Security Council.

Many world leaders will be traveling across the Atlantic following Queen Elizabeth II’s funeral on Monday.

White House press secretary Karine Jean-Pierre said on Monday that President Biden still plans to attend the General Assembly, adding that officials were still “working out the details” given his planned visit to London for the funeral.

US now urges away outside help while negotiating for Griner, Whelan’s release from Russia