Russian man mocks Putin in his passport to stay in Ukraine 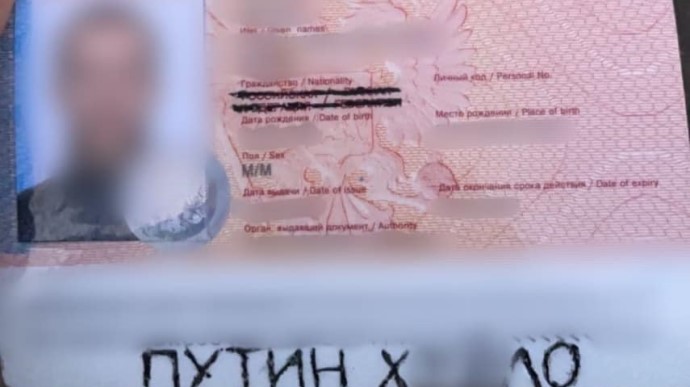 A Russian citizen who had exceeded the period of stay in Ukraine drew the flag of Ukraine in his passport, adding the “Ukraine above all” and “Putin h**lo [d**head – ed.]”, so as not to be deported to his homeland.

Details: In Kyiv Oblast, border guards found a Russian citizen who exceeded the period of stay in Ukraine. In the conversation with law enforcers, the man said that he did not want to return to Russia.

In addition to the above actions, the man crossed out the citizenship column in his passport.

The man was handed over to the police for further verification.

“It’s a shame to be a Russian,” the border guards concluded.

A Lexington man facing a fetal homicide charge allegedly kicked a pregnant woman in the stomach three times during a...

UFC fighters close to Bolsonaro find themselves in spotlight after riots

Here, follow DailyMail.com’s liveblog for all the latest on the Oscar nominations: The news is provided by Daily Mail ©...

Putin says Russian pharmacies are short on some medicines

(Reuters) – President Vladimir Putin said on Tuesday that there were shortages of some medicines in Russia and that prices...