LIVE: Taliban Warn Of "Consequences" If US Extends… 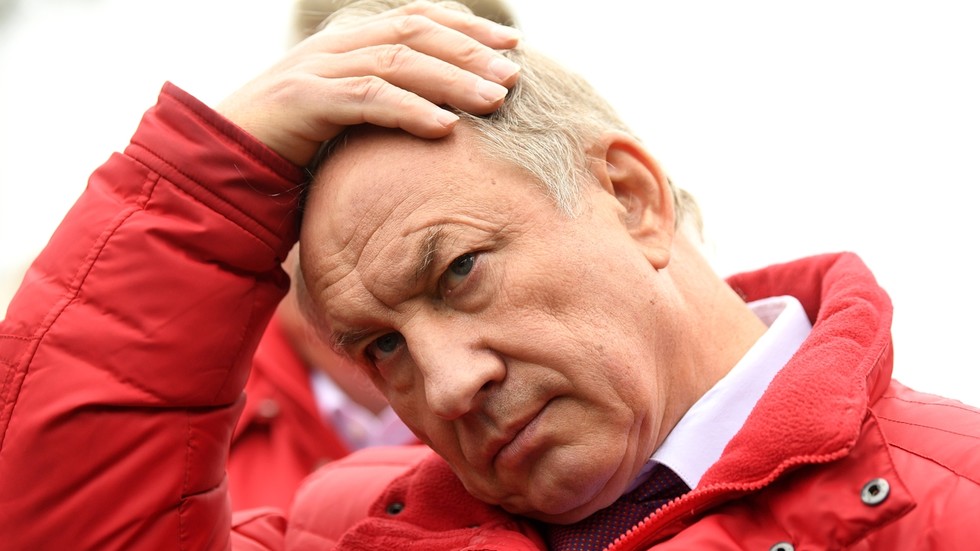 Russian Communist MP Valery Rashkin has been stripped of his parliamentary immunity by the country’s State Duma after the country’s prosecutor general asked for permission to charge the politician for illegal hunting.

In a Thursday vote, MPs chose to remove Rashkin’s privileged status and gave consent for a criminal case to be opened against the opposition politician.

Last month, Rashkin was detained by police near the city of Saratov after shots were heard at a hunting range. The Communist MP was found with a moose carcass in his car, along with an ax and knives with traces of blood. He was also visibly drunk. The politician denied breaking the law for over two weeks before eventually confessing to the crime earlier this month, pleading ignorance.

Rashkin is known for his outspoken views and was vocal in his support for marches protesting against the detention of Russian opposition figure Alexey Navalny earlier this year.

Speaking on the floor of parliament, Igor Krasnov, Russia’s prosecutor general, told MPs that Rashkin deserves to be tried because he is a hunter with 20 years of experience, and therefore could not have been ignorant of the rules.

“This disgrace has become common knowledge. A man who picks up a gun must behave like a man,” Krasnov told MPs. “Rashkin refused to cooperate, gave false testimony, there were signs of alcohol intoxication. Rashkin’s behavior looks cynical and immoral.”

In response, Rashkin called the charges a “convenient opportunity to use grudges and dislike… as a weapon of political struggle.” He dubbed the political scandal surrounding the story as “not proportional to the gravity of the act.”

According to the police, Rashkin explained that he and his passenger had found the carcass of a shot animal and then decided to carve it up. At the scene, officers found a hunting carbine with a night-vision scope, as well as a tripod with cartridges. Alongside the weapon was a permit in Rashkin’s name.

In his defense, after admitting that he had fired his gun, the Communist MP said he shot at the moose because he thought it was a wild boar, which he is legally allowed to do.