Russian trolls loom large in American political lore, thanks to their meddling in the 2016 election that Team Clinton has repeatedly suggested helped hand the White House to Donald Trump. Now, the pro-Putin troll team is back, this time attempting to whip up support for Russia’s invasion of Ukraine.

But when it comes to whipping up support for Russia’s bloodiest conflict since World War II, the troll factory is failing — badly and with cringeworthy missteps. The trolls from “Cyber Front Z,” as the new operation calls itself, are directing harassment at the wrong social media accounts, accidentally copy-pasting pro-Ukrainian content, and cranking out comically obvious photoshops to an audience of nearly no one.

‘A Thing of Beauty’: Trump Was Tickled as the Missouri Erics Scrambled to Claim His Endorsement

RS Recommends: 5 Devices You Need to Set Up Your Smart Home

And they’re doing an especially bad job of concealing the fact that their supposedly grassroots activists are hired rent-a-shitposters.

Researchers at Meta (popularly known as “Facebook”) announced on Thursday that they’ve linked “Cyber Front Z” posts to a Russian troll factory. The factory is run by Yevgeny Prigozhin, an oligarch and close Putin ally sanctioned by the U.S. for his role in meddling in the 2016 election.

The investigation into Cyber Front Z was sparked by the independent Russian news outlet Fontanka, which first linked Cyber Front Z to Prigozhin in an undercover investigation, which was launched just days after the group’s debut.

Facebook researchers dubbed the effort “clumsy and largely ineffective” and “definitely not ‘A team’ work.” The effort involved calling out targets for harassment — Russian liberals skeptical of the war, Western politicians supportive of Ukraine — and directing followers to comment on their social media accounts. But few took up the call to troll, and in the absence of grassroots harassment, Cyber Front Z had to make up the difference with comments from paid employees, according to Facebook.

Despite their bumbling, Western countries are still paying close attention to the troll factory. The U.K.’s Foreign Office has hyped the rent-a-trolls as “sick masterminds” in a May study linking Cyber Front Z to the Internet Research Agency, the front company originally created to house Prigozhin’s meddling campaigns.

But others, particularly observers in Russia, aren’t as impressed by the troll factory’s work. Job advertisements for Cyber Front Z on Vkontakte, a Russian social media platform akin to Facebook, have been met by skepticism from users in a St. Petersburg job-seekers group. “Requirements: 1) IQ less than 70,” one user on Russia’s VKontakte social media platform quipped at the posting.

Outside experts agree with Facebook’s own skepticism of the troll factory’s skills.

“I personally am of the opinion that the attention paid to [the Internet Research Agency] by the Western media and the national security bureaucracies tends to almost be half of the operation itself,” says Gavin Wilde, a former Russia analyst at the National Security Agency and National Security Council who studies influence operations at the Carnegie Endowment for International Peace. 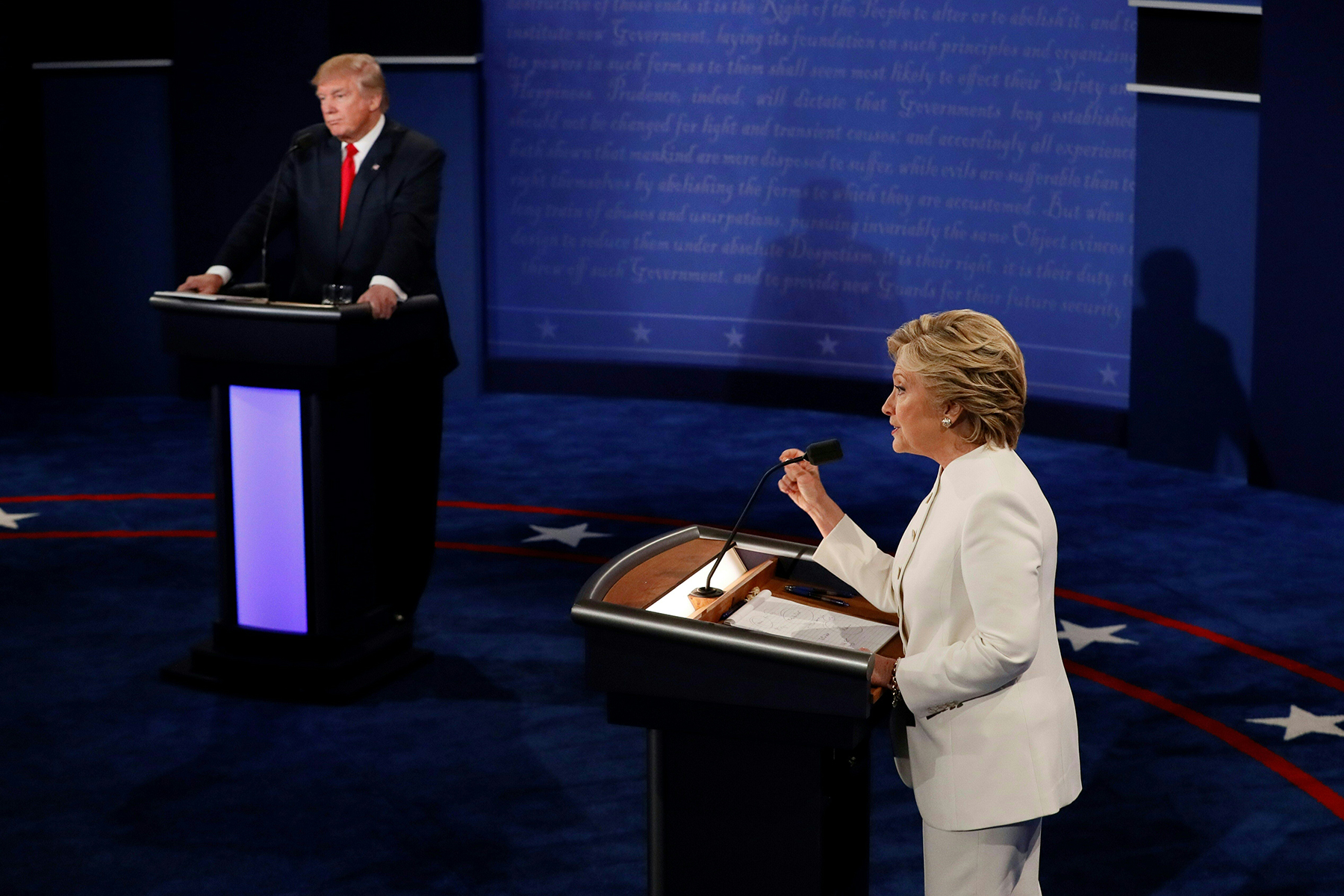 Even with its shoddy trolling attempts, the Internet Research Agency still remains a focus for the U.S. national security bureaucracy. Federal prosecutors indicted a Russian man, Aleksandr Viktorovich Ionov, and charged him with acting as an illegal agent on behalf of Prighozin’s U.S.-focused influence campaigns. And in an appearance at a cybersecurity conference last month, FBI director Chris Wray said that he was “quite confident the Russians can walk and chew gum” in balancing a focus on the war in Ukraine and any attempts to meddle in future U.S. elections.

Behind the self-branding of “Information troops of Russia” who “fight back in the information battlefield against the propagandists of the Kyiv junta” are a small staff of poorly paid trolls — 100 in each shift — tasked with cranking out 200 comments a day, according to Fontanka’s undercover investigation.

At times, Cyber Front Z’s activities make it seem like a mercenary Dollar Store version of Ukraine’s social media activist campaigns. Facebook researchers found the trolls cribbing from organically made pro-Ukrainian posters calling for the release of prisoners in Mariupol to try to deface them, painting all Ukrainians as far-right Nazis.

In their haste to counter Ukraine’s mostly organic social media activism, the Cyber Front Z trolls frequently stumbled, directing users to the wrong social media accounts. In one case, the group’s Telegram account attempted to muster outrage at U.K. Foreign Secretary and Putin critic Liz Truss by directing followers to troll what they believed to be her Facebook page. The call to arms, as Facebook researchers noted, “linked to a fan Page with about 30 followers that had not posted since 2018.”

And even when the trolls directed harassment at the correct target, their campaigns flopped. When the Cyber Front Z team tried a similar attempt at flooding the mentions of Finland’s defense minister, Facebook found that of the 255 posts in the thread called out, the troll factory only managed to muster 20 inauthentic comments in the feed.

Neil Hauer, a reporter who has covered the war in Ukraine, noticed a similar lack of impact when Cyber Front Z trolls called for users to flood the replies of one of his tweets. “Yeah, I noticed basically no response like that to that thread,” Hauer tells Rolling Stone. “I remember it was overwhelmingly just people thanking me, expressing pro-Ukrainian sentiments, etc.”

When outrage against criticism of the war isn’t enough, the Cyber Front Z team turns to forgeries. The Telegram channel’s staff occasionally tell their Russian readers that nonexistent “subscribers” in Europe are sending them evidence of popular opinion turning against Ukraine or sanctions backfiring on European consumers in an apparent attempt to paint Russia’s isolation as less severe and the costs of the war as more distributed.

One post — a picture of the subway in Lyon, France, with a sign saying hours of operation have been cut short — attempts to soothe any Russian anxieties about the impact of sanctions by claiming Europeans are suffering, too. The image, purportedly showing France suffering from high energy prices as a result of European sanctions on Russia, is stolen from a Russian tourist’s vacation photos from a 2015 travel blog post.

The trolls tried to photoshop the fake cutbacks notification, Colin Gerard, the doctoral researcher studying Prigozhin’s influence operations who discovered the attempt, wrote. “Except they did it with their feet.”

In early July, Cyber Front Z trolls also tried to convince their readers that Germans were turning against Ukraine’s bid for European Union membership by showing pictures of what purported to be stickers on German cars with a hashtag— #EUwithoutUA — denouncing Ukraine’s campaign to join the bloc.

Rolling Stone asked Roger Cozien, the founder of the software company Exo Makina, to review the picture with his company’s forensic imagery analysis platform, Tungstène. “According to us, it is quite obvious the the EU signs with  #EUwithoutUA are fake,” Cozien wrote. “It seems that they have been patched and tampered.” 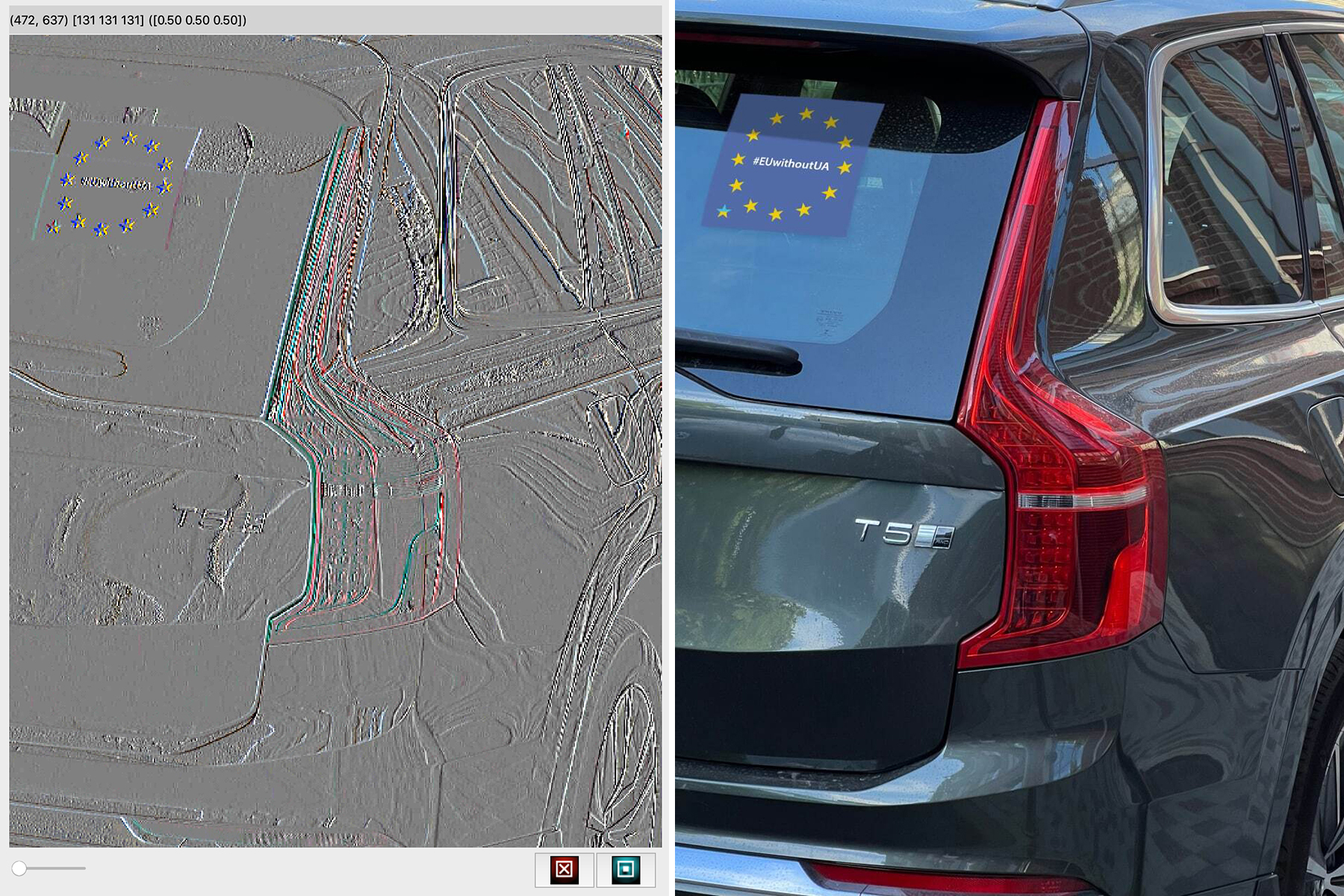 The shoddy work may be because of the minimal requirements necessary to work for the troll farm. Rolling Stone found an early advertisement for “creative copywriters” sought by Cyber Front Z using salary information in Fontanka’s story and contact information provided by Cyber Front Z’s Telegram channel. Applicants for the “creative copywriters” positions needed only to master “literacy,” “punctuality,” and an ability to express their thoughts in writing to earn 45,000 rubles (or a little more than $700).

Others, however, think the trolls’ work may not have necessarily gotten worse lately — but rather that their inflated reputation is now being brought back in line with reality.

“I tend to think they were always this bad. It’s just that the West and certainly the United States prior to 2016 had just not been paying attention. Now, I think we collectively have become more resilient and aware of this and are starting to realize it.” Wilde says. “We just didn’t have any of the mechanisms to deal with it.”

US to declare health emergency over monkeypox outbreak